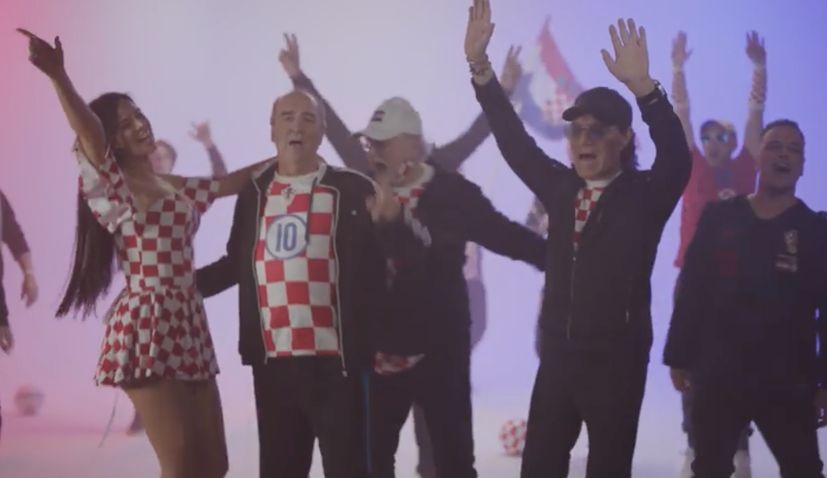 Stalwarts of the Croatian music scene have been joined by friends to record a supporters’ song ahead of this summer’s European Football Championships.

Srce Hrvatsko is a song made for Croatian fans to sing to help support Luka Modrić and the team this summer at the European Championships.

“We sing you your song, play for our beautiful homeland. Let everyone know, Croatia is the strongest,” ring the lyrics.

UEFA has not yet announced whether it will play one fan song from each participating country at the Euros this year, as is the case at major tournaments.

If again one fan song will be selected, then Srce Hrvatsko will enter the race. Lijepa li si by Marko Perković Thompson and friends has had that honour recently.

The producer of the project is Lupo Music, the author of the music and lyrics is Ljubo Šeperić-Luppo. The video was shot by the IZ Videos studio from Adamovac.

Passionate Croatian fan Ivana Knöll, who was voted one of the most sexiest fans at the 2018 World Cup, also appears in the video.

Check out the video below which premiered today.