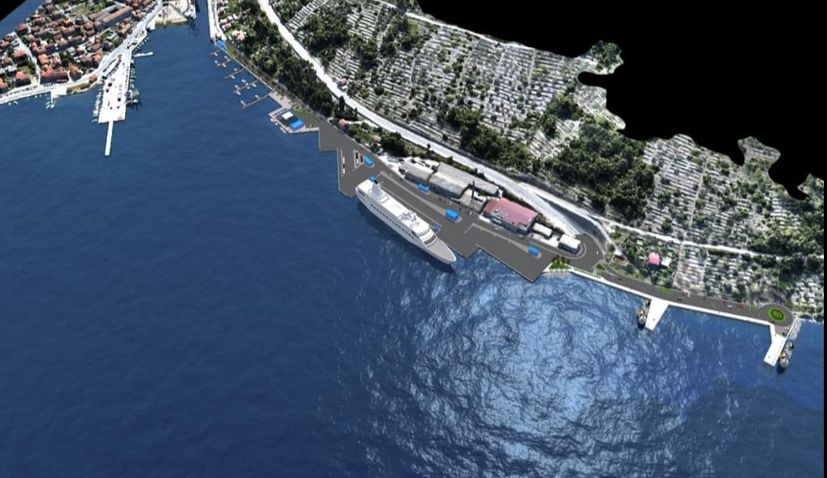 VELA LUKA, 28 May 2021 –  A new ferry terminal is being constructed in Vela Luka on the Croatian island of Korčula.

Also, waiting areas for cars boarding the ferries, parking lots and other necessary requirements for the terminal will be built on 18,000 m2, Morski.hr reported.

Boris Žuvela, director of the Vela Luka County Port Authority, which is undertaking the project, said that preparation of project documentation, acquiring building permits and conducting a tender for the execution of works started back in 2013.

“I hope that at the end of next year we will have completed the sea-passenger terminal,” he said.

The current terminal is located close to the centre of Vela Luka, and the new terminal is set to relieve congestion in the summer.

Dubrovnik-Neretva County prefect Nikola Dobroslavić stressed that this is one in a series of projects to better connect the island to the mainland.

“We are all in the County proud of this project. Here in Vela Luka, we know best what the new terminal will mean. The centre will be free of ferry traffic and it will be located where it actually belongs, on the edge of the place and the junction of the Vela Luka bypass. We are also announcing the project of a fishing port in Vela Luka, which is important for the entire county. The funds have been provided and we will also realise it, all for the benefit of a quality life here in Vela Luka and in our entire county,” said Prefect Dobroslavić.

The works in Vela Luka will be performed by Pomgrad Inženjering, a company renowned for this type of work, for around 10 million euros (including VAT). The project is co-financed by an EU Cohesion Fund grant.