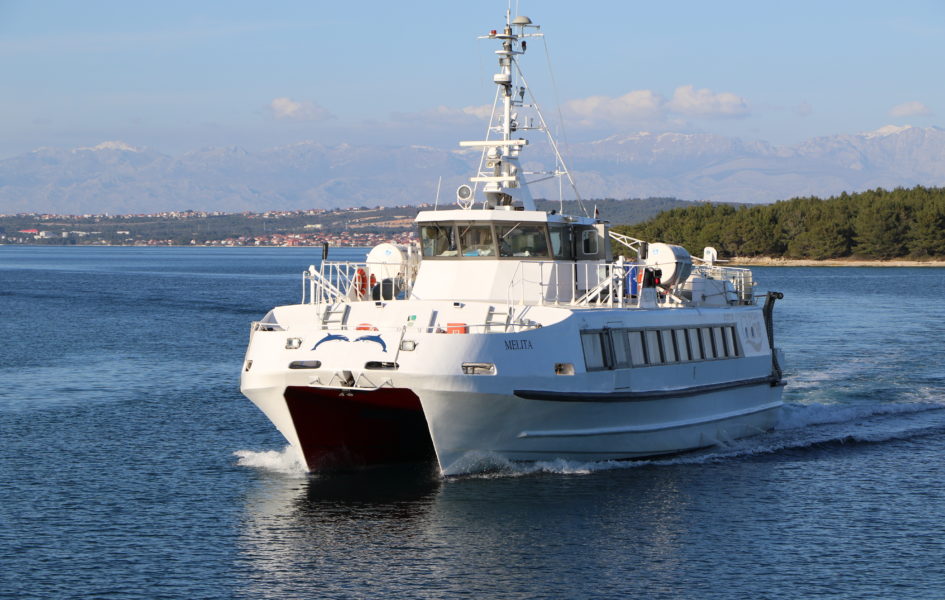 22 May 2019 – A new daily fast ferry service between Zadar and Rijeka which also connects the islands of Krk, Rab and Pag commences on 15 June.

The new service, operated by G&V Line Iadera, is the first fast ferry line, and the only one connecting Zadar, Rijeka and the islands. The catamaran will make stops on the route between Zadar and Rijeka at Krk (Krk), Lopar (Rab) and Novalja (Pag).

G&V Line Iadera director Dražen Montana says the idea for the new line came after a number of requests from people on the fastest way to get from Zadar to Rab or from Zadar to Krk.

“It was difficult to answer, especially as for that type of trip you needed to spend all day travelling. A long time ago there was a classic ferry line, but that sailed at night and it took 8 hours to get from Rijeka to Zadar. Fast ferries did not exist,” Montana told 24sata, adding that it became the seed to once again connect Dalmatia and Kvarner.

From Zadar to Rijeka, or from Rijeka to Zadar, the trip will take just four hours and tickets cost 190 kn return. The boat will leave Rijeka at 8:15 am and will leave Zadar at 4:15 pm.

The new line will be great for those wanting to take day trips to the islands of Krk, Rab and Pag. For example, a trip from Rijeka to Krk will cost 80 kn return and will take just under an hour, whilst Zadar to Rab will cost 130 kn return.

The fast catamaran ‘Melita’ which will be used for the route, has a capacity of 180 passengers and has an indoor air-conditioned lounge and Wi-Fi.

Tickets and timetable info are available on the website here.