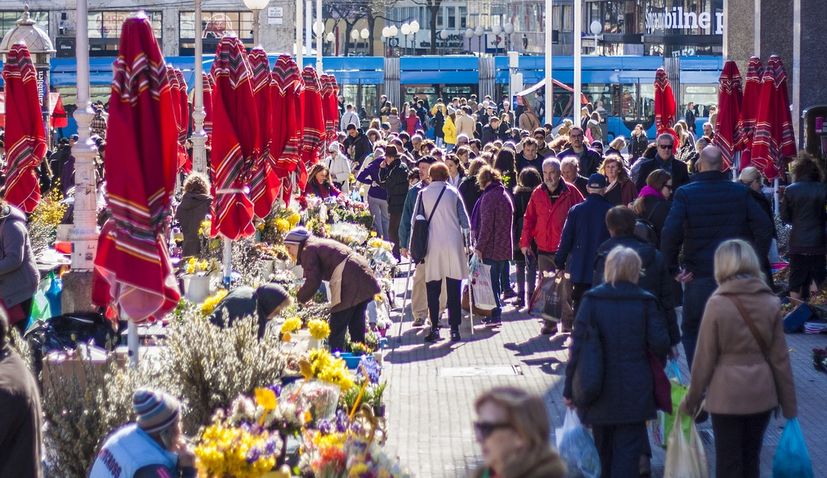 ZAGREB, Dec 9 (Hina) – Preparations for the 2021 population census have been underway for a long time and it will be subject to stringent controls to prevent any abuse of data, it was said on Wednesday at a meeting of the parliamentary Local and Regional Government Committee regarding that project.

The most important novelty regarding the 2021 census is the collection of data via the e-Citizens platform and the use of computers by census takers in the field to enter data collected, which will improve the process and data accuracy and quality as well as improve efficiency and data processing, the director of the State Bureau of Statistics, Lidija Brkovic, said.

Committee chair Ivan Penava recalled that numerous aspects of administrative and social life depend on the objectivity of the census and that the 2011 census had made data manipulation possible. Census-taking requires professionalism and impartiality, however, certain interest groups manipulate data to be granted more funds than they are entitled to and the like, he said.

Penava objected to the fact that a certain number of census takers should be members of ethnic minorities, adding that he saw no sense in asking a census taker about their nationality, gender or religious beliefs.

He added that the 2011 census notes that Vukovar has a population of 28,000 yet the city authorities estimate that there are 22,000 residents.

Brkovic said the DZS guaranteed that there would not be any data manipulation.

Committee members also pointed to loopholes in the implementation of the law on residency and to strong migration trends, to which Brkovic said that the precision of data can be checked against other data bases that exists in the EU and other countries.

She said that the bureau has several control levels to verify data, adding that misdemeanour and criminal provisions exist for anyone providing false information. Brkovic admitted that areas like Vukovar required much more stringent controls but assured that the bureau has mechanisms to deal with that.

The aim of the census is to determine data on the number and territorial distribution of the population and basic demographic, educational, migration, economic and other indicators as well as indicators related to households and housing.

The census will be conducted to record the situation as of 31 March 2021 at midnight. It will be conducted between April 1 and May 7 next year. Citizens will have the opportunity to complete the census form online on their own from April 1 – 10 while census takers will visit those households that have not completed the online survey.