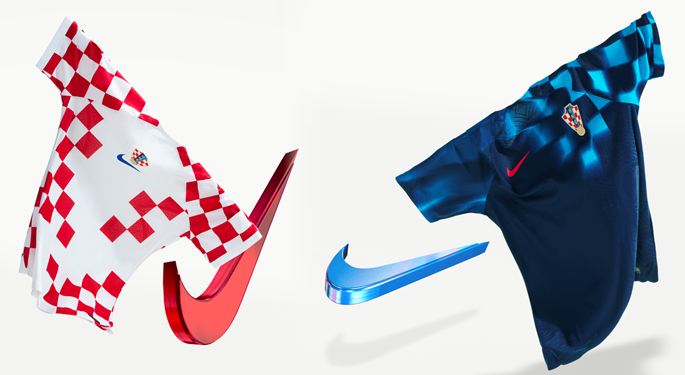 The Croatian Football Federation (HNS) and its technical partner Nike present a new take on Croatia’s storied checkered shirt, which the reigning world vice-champions will debut at their matches in September.

The remixed red-and-white home kit and the nature-inspired away kit will be worn by Luka Modrić and the rest of Vatreni at the 2022 World Cup in Qatar, where the team will look to recapture the magic of 2018 and to once again make Croatia the most talked-about country in the football world.

The Croatia home kit is animated by the theme of vatreno srce (“hearts on fire”), a nod to the passionate, hard-working, fiery character of the Croatian people and the team. The 2022 home kit introduces a remixed and modernized take on the checkers, the globally recognized symbol of Croatian pride. 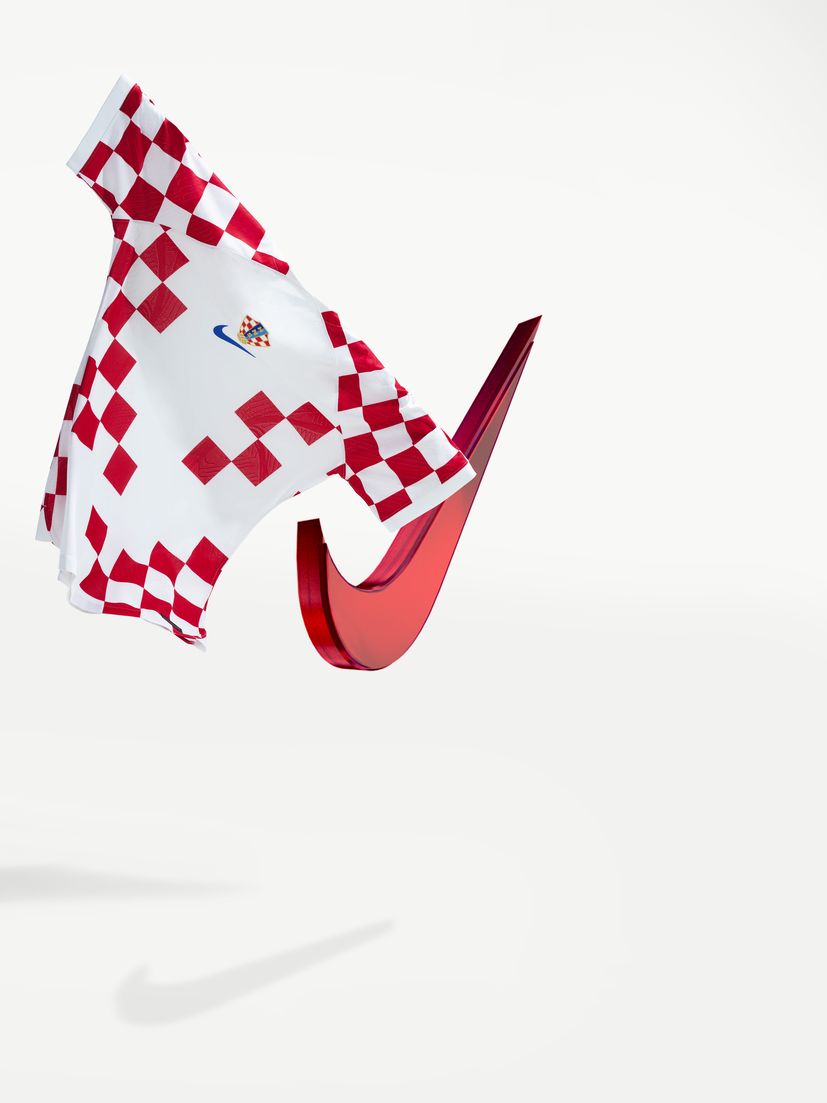 The intricate placement and scaling of the University Red checkers, contrasted by Battle Blue, injects fresh energy into the traditional national symbol of the nation.

The Croatian away kit further reimagines the nation’s iconic checkers through the lens of nature and national pride. The away kit’s checkers feature blurred, wavy lines and utilize a color palette of Blackened Blue and Laser Blue, designed to resemble the ebbs and flows of the Adriatic Sea, which lines Croatia’s coast. 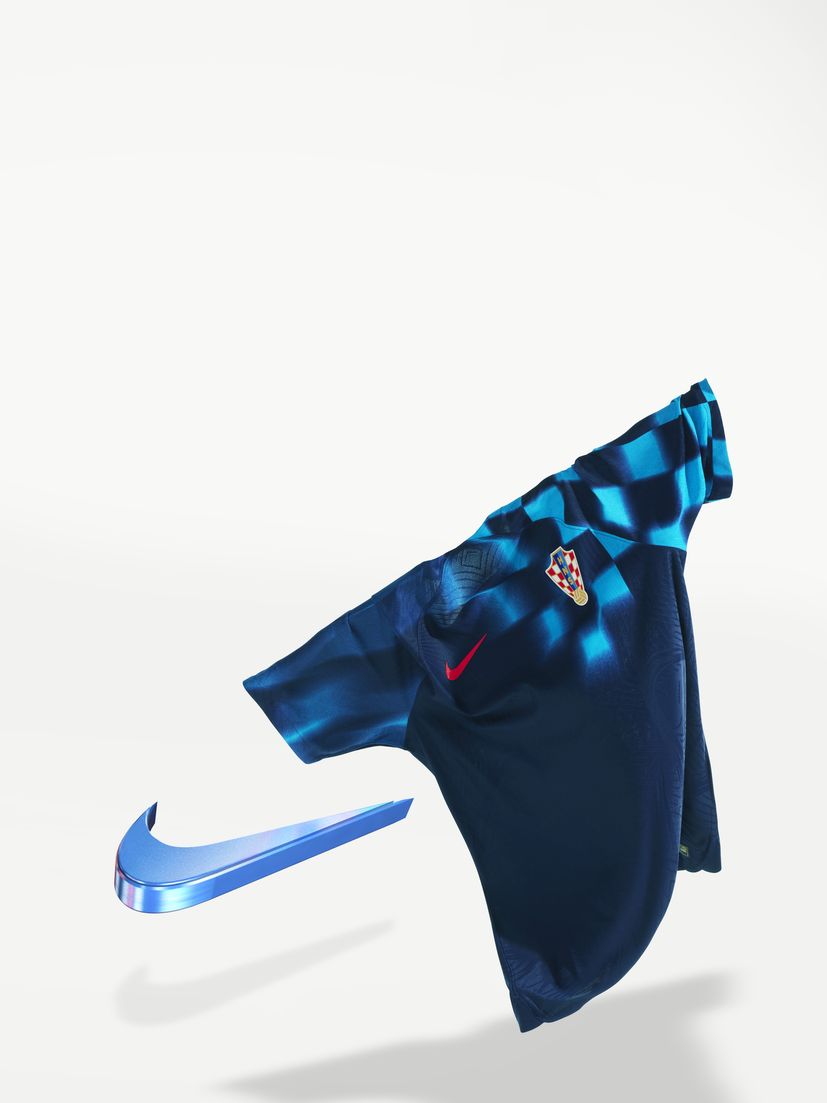 Further underlining the Croatian history and tradition, the typeface applied to the names and numbers on the kits is inspired by the historic Croatian Glagolitic alphabet.

“I’m immensely proud of the fact that I’ve gotten to put on the Croatian shirt more times than anyone else, and I’m excited to soon be stepping out onto the pitch in a new team kit that simultaneously updates and honors the tradition of the iconic Croatian checkers. That striking combination of red and white fields has made us one of the most recognizable teams in the world – for me, the way they’re incorporated into this new shirt design evokes the 1998 kit and the legendary team that inspired my generation of players. The design elements and the color palette of the away kit are instantly compelling, too – I can see a lot of our fans wearing it when they come out to the stadium to support us,” says Croatia captain Luka Modrić.

The new Croatia shirts are made with Nike’s innovative Dri-FIT ADV technology, with the breathable knit material keeping athletes cooler and dryer for longer. The polyester used for making the shirts is 100% recycled and is sourced from plastic bottles.

The classic red checks on the Home jersey are remixed with a modern twist to reflect the energy and pride of our country.#Croatia | @nikefootball | #Vatreni❤️‍🔥 pic.twitter.com/LV1TnEqNjL

The new Away Jersey is inspired by Croatia’s nightlife and natural beauty, with vibrant Laser Blue checks reflecting the vibrancy of our country’s fast-moving festival culture and the azure waters of our coastline.#Croatia | @nikefootball | #Vatreni❤️‍🔥 pic.twitter.com/RAjYGDzJE8

Nike members are now able to shop the new Croatia collection on Nike.com, and the kit is also available for pre-orders via the HNS webshop. The new team kit will become available at other authorised Nike retailers on September 21.