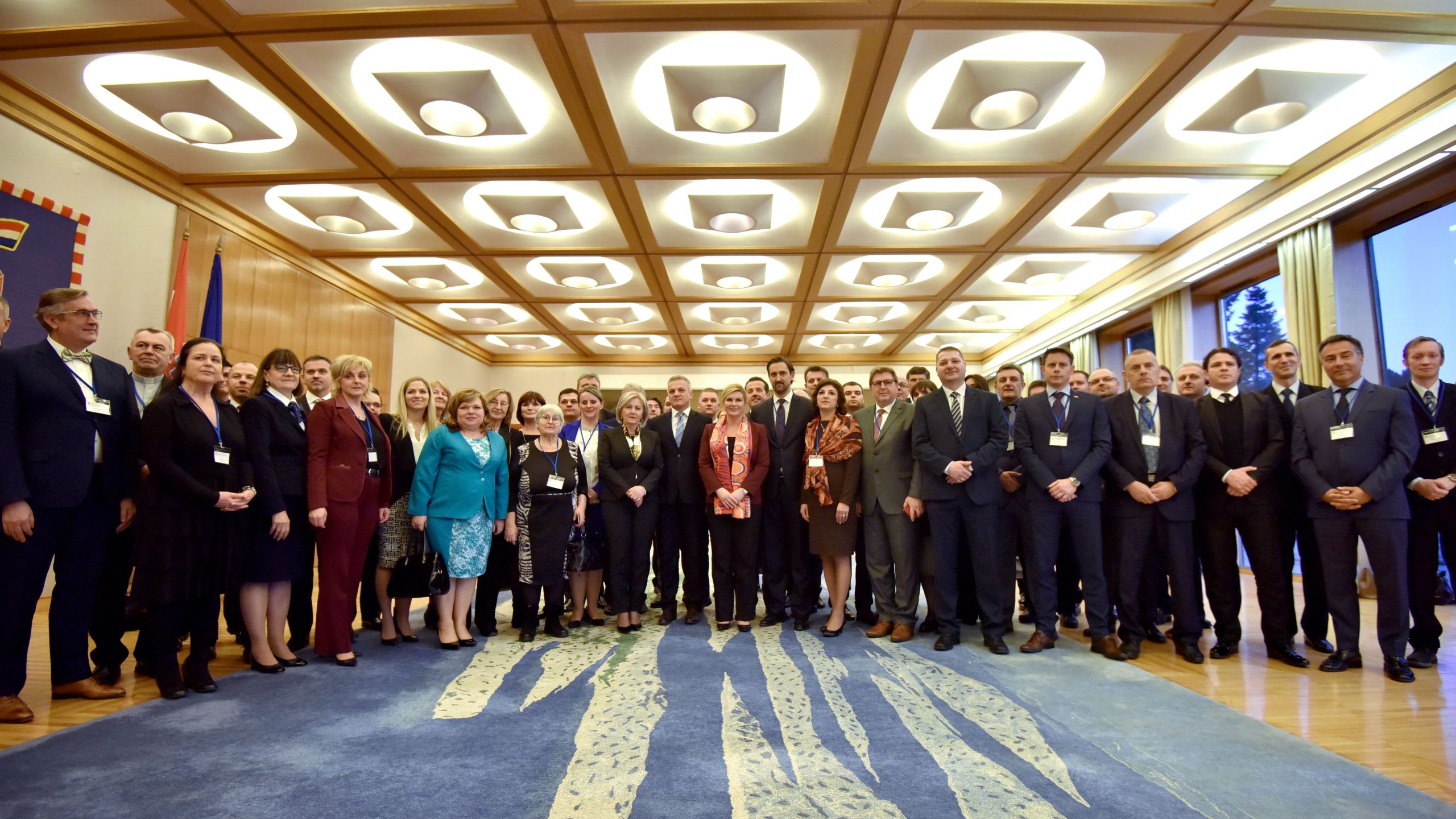 A new Council of the Government of the Republic of Croatia for Croats Abroad was constituted in Zagreb earlier this week.

The president of the new Council is Ivan Grbešić, second generation Croatian from Canada, and the four vice-presidents are Miljana Glamuzina from Bosnia and Herzegovina, Ivan Gugan from Hungary, Ruža Studer Babić from Switzerland and Luka Budak from Australia. 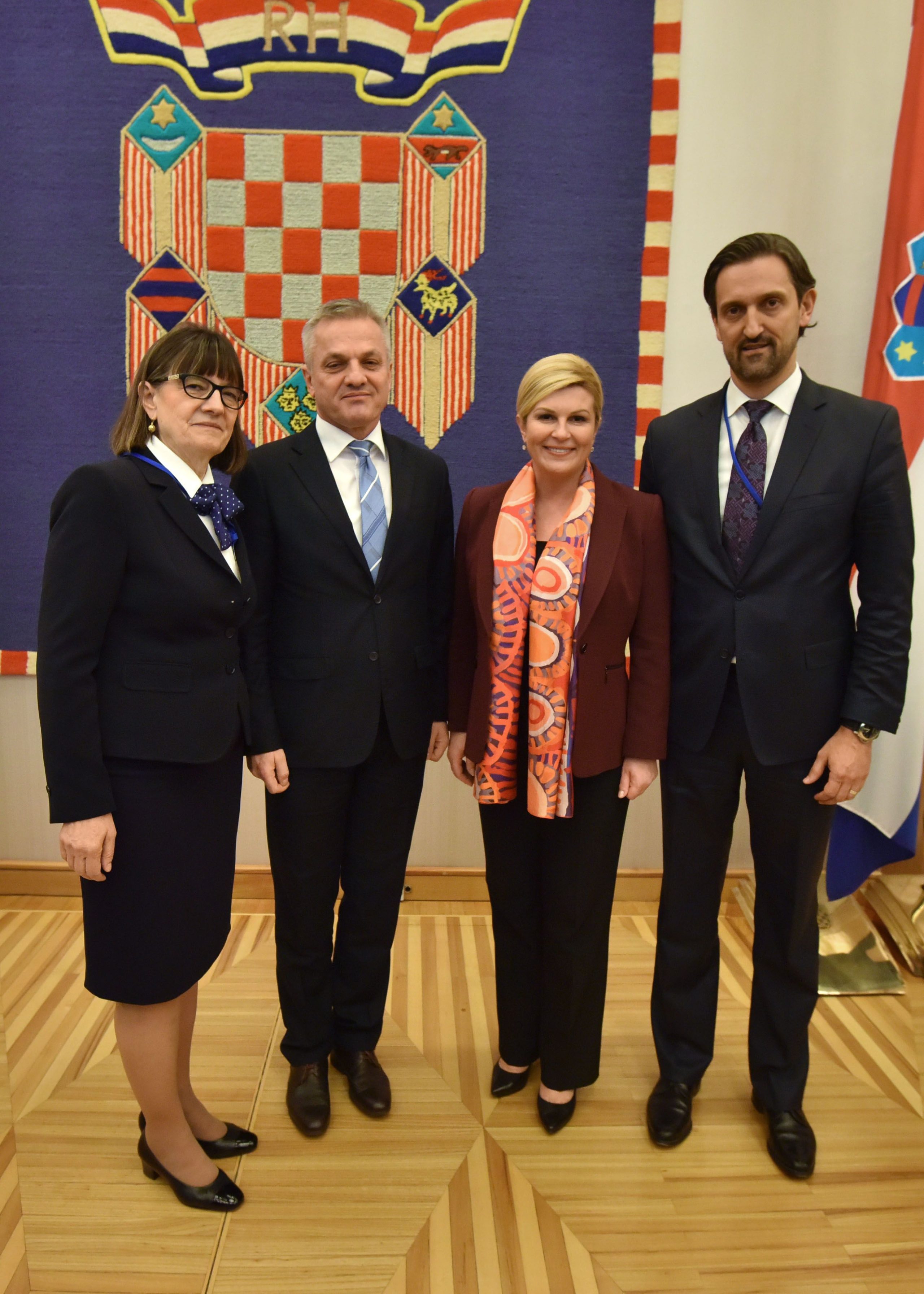 With reference to Croats abroad the President highlighted in her address that a number of issues require “urgent political and legislative action” such as facilitating voting, acquiring citizenship and the return to Croatia as well as improving business connections.

The President congratulated the members of the new Council on their election and invited them to further intensify their activities so as to connect Croatia and Croats living abroad, as she said, in “our joint march toward a goal I refer to as global Croatia”.

Unfortunately, after the Second World War Croats from abroad were unjustly put on the edge of the political, economic and cultural interests of the Croatian state”, the President affirmed in addressing Council members and assessed that “this wrong policy considerably harmed our state and national interests”. 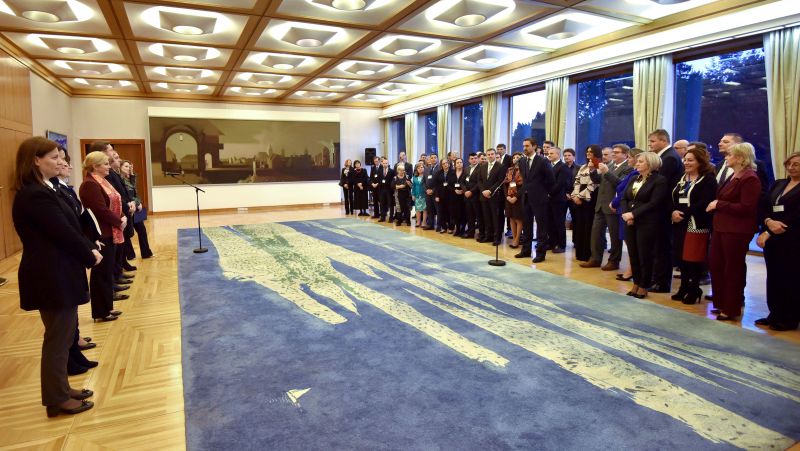 She added that today there is a breakthrough in relations with Croats abroad, but it is just the start of the immense work in terms of the numerous topics that require “urgent political and legislative action”.

President Grabar-Kitarović emphasized that facilitating the procedure for acquiring Croatian citizenship, allowing voting by mail, increasing the number of polling stations abroad, improving the Croatian school system and the study of the Croatian language and culture abroad, scholarships for young Croats to study in Croatia have to be resolved as soon as possible.

The President stated that on her visits to Croats abroad she often hears comments that the Croatian state does not have an adequate policy for accepting Croats who want to move back to Croatia. This should be a strategic part of the policy toward Croats in the world and the greatest amount of work must be done in this segment, she estimated.

She said that she would like issues of investment and business connections to be opened “with more intensive and clear goals” and concluded that, in addition, “the issue of the return, the settlement of Croats from the world in Croatia should finally be frankly and ambitiously initiated”.

“We must not allow new generations of young people who wish to return to have to face disheartening obstacles that do not acknowledge their work and achievements”, and their wish to return to be ignored”, the President stated and renewed her message to Croats in Bosnia and Herzegovina “Croatia is with you”, a message she addressed at an earlier meeting with Croats in Bosnia and Herzegovina.

The community of Croats in Croatia and Croats abroad was the “key to the success of the creation of an independent Croatia and its defence in the Homeland war” the President said and mentioned that the first Croatian President Franjo Tuđman initiated this policy as early as the 1960s.

The State Secretary of the Central State Office for Croats Abroad Zvonko Milas presented the members of the new Council of the Government of the Republic of Croatia for the Croats Abroad 2017-2020. 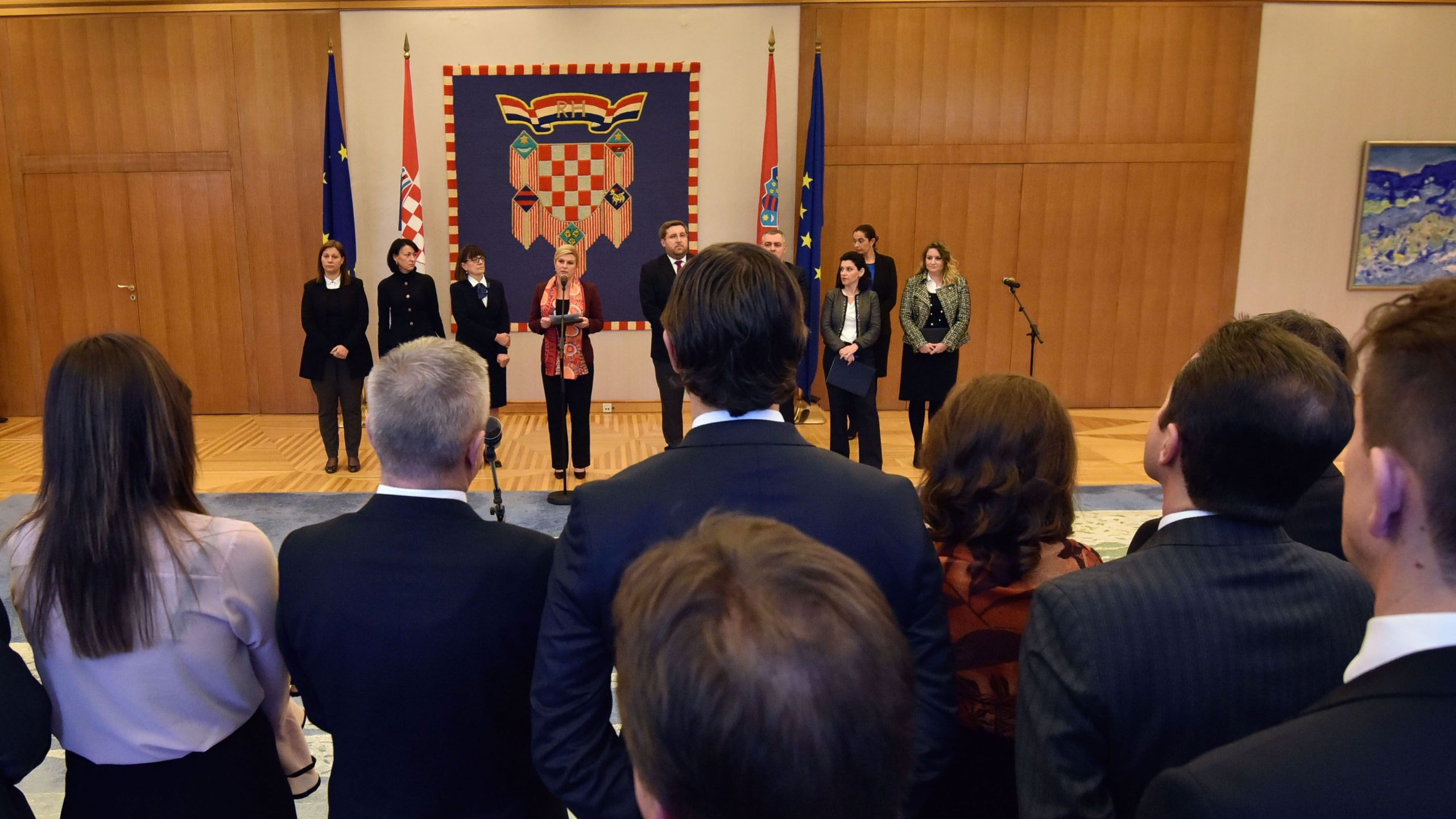 The members of the Council from the ranks of Croats abroad are representatives of associations, organizations and institutions of Croatian communities. These individuals are respected in the areas they live, they are committed to the preservation and enhancement of the Croatian identity of their communities and to improving relations with the Homeland. They were appointed on the proposal of Croatian communities in the countries they live for a four-year term and are volunteers, the Office of the President reported.