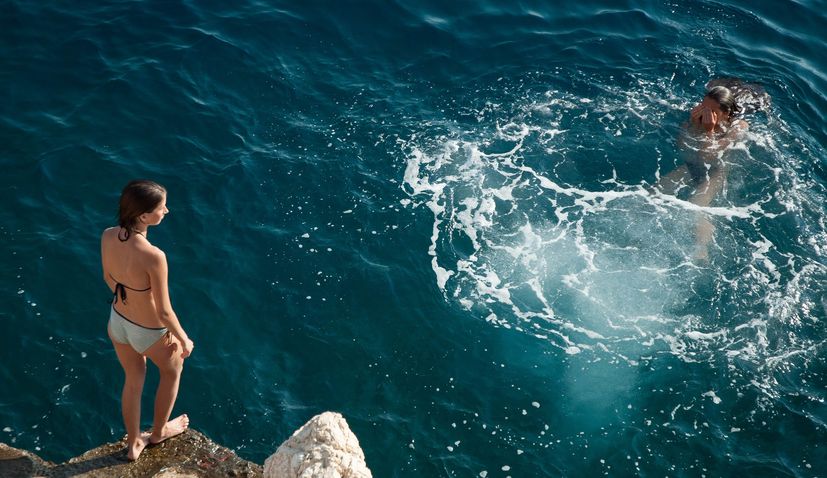 DUBROVNIK, 24 October 2019 – Autumn 2019 is set to go down as one of the warmest in a number of years in Croatia with much of the country enjoying above-average October temperatures.

In the capital Zagreb, locals and tourists have been enjoying warm, sunny weather with many still in short sleeves. Temperatures for most of the past week have risen to the mid-20°C, making it great for outdoor activities.

It has been even warmer on parts of the coast and people are taking advantage of the warm weather by heading to the beach.

“The never-ending summer in Dubrovnik is continuing in fine style as November is almost on the doorstep and yet temperatures are still very much like August. Yesterday in some parts of the Dubrovnik-Neretva County temperatures reached a mercury-busting 29 degrees,” local portal The Dubrovnik Times writes.

Locals and tourists headed to the popular Banje Beach on Wednesday to enjoy a late October swim. The sea temperature in Dubrovnik was around 23°C.

“We are just loving this autumn sunshine. We certainly didn’t expect it to be just so warm, it’s like a summer’s day where we come from,” a couple from York in the UK told The Dubrovnik Times as they added as they prepared to take a swim.

There were still large number of swimmers on the islands on Korčula, Brač and Hvar, as well as in Split and on the Makarska Riviera. The warm weather is set to continue for another few days before there will be a drop in temperatures.