After being knocked out of Euro 2020 by the Czech Republic in the last 16, Netherlands’ players had the chance to go on holiday ahead of the start of pre-season training for their later this month.

One of their stars, Barcelona forward Memphis Depay decided to pack up and head to Croatia.

Depay revealed to his 11 million fans on Instagram that he is holidaying in Mali Lošinj on the island of Lošinj. The 27-year-old posted pics on Thursday of him and friends, including MC Jorena, playing basketball and having fun with a football in Mali Lošinj.

Depay started his career at PSV Eindhoven, where he excelled and won numerous awards, including the Dutch Footballer of the Year and France Football’s Best Young Player in the world.

He would then join Manchester United before moving to French club Lyon in 2017. On 19 June 2021, La Liga club Barcelona announced the transfer of Depay on a two-year contract.

He started in all four of Netherlands matches at Euro and scored in their wins over Austria and North Macedonia. 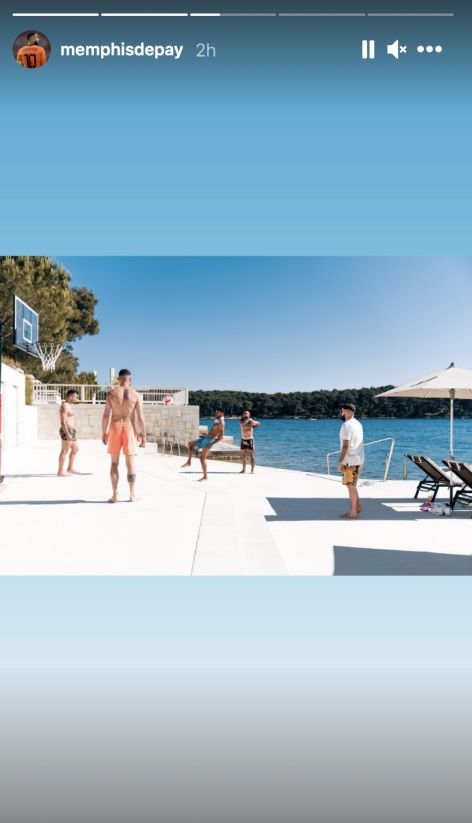