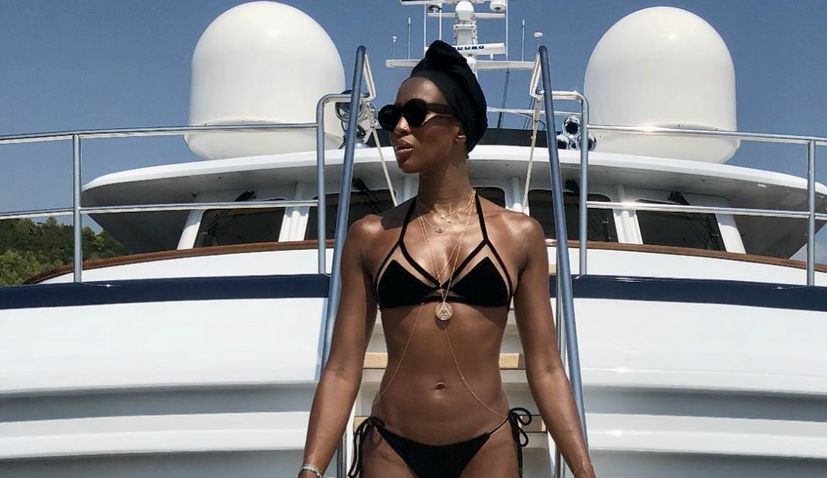 The supermodel, 48, is holidaying on board a yacht with Vincent Darre and French actress Farida Khelfa and her family. After visiting Montenegro, the yacht made its way to Croatia.

After spending time relaxing and sunbathing on board, Campbell and Khelfa were photographed on Dubrovnik’s Stradun last night before heading off to dinner in the Old Town.

Recruited at the age of 15, Campbell established herself amongst the most recognizable and in-demand models of the late 1980s and the 1990s and was one of six models of her generation declared supermodels by the industry.

In addition to her modelling career, Campbell has embarked on other ventures, which include an R&B-pop studio album and several acting appearances in film and television, such as the modelling competition reality show The Face and its international offshoots.