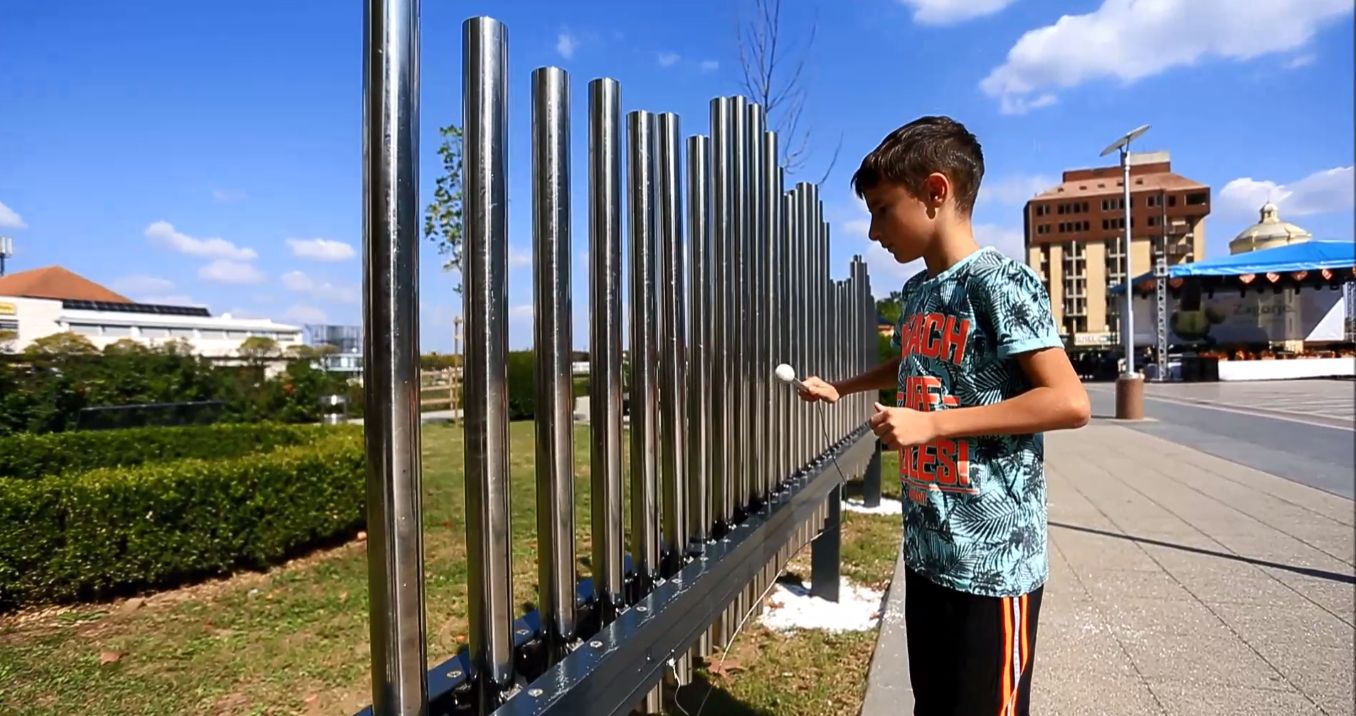 A kid plays the Croatian anthem on the musical fence (screenshot)

The musical fence, which was installed at Science Park in Vukovar on the weekend, consists of 35 vertical steel bars, each of which produce a unique melodic sound. When each of the 35 bars are hit in a row, from left to right, the opening of the Croatian national anthem ‘Lijepa Naša Domovino’ (Our Beautiful Homeland) is played.

The fence, which was donated by the Krapina-Zagorje County, is situated at Science Park, a park which aims to enrich public space with interactive scientific and educational content for people of all ages.

Check out the fence in action in the video below:

The fence is not the only musical attraction in Croatia of coarse. Zadar’s famous award-winning Sea Organ, which is an architectural object which plays music by way of sea waves and tubes located underneath a set of large marble steps, has been a popular attraction since opening in 2005.