Home » News » Moving to the Motherland: Jelena from America 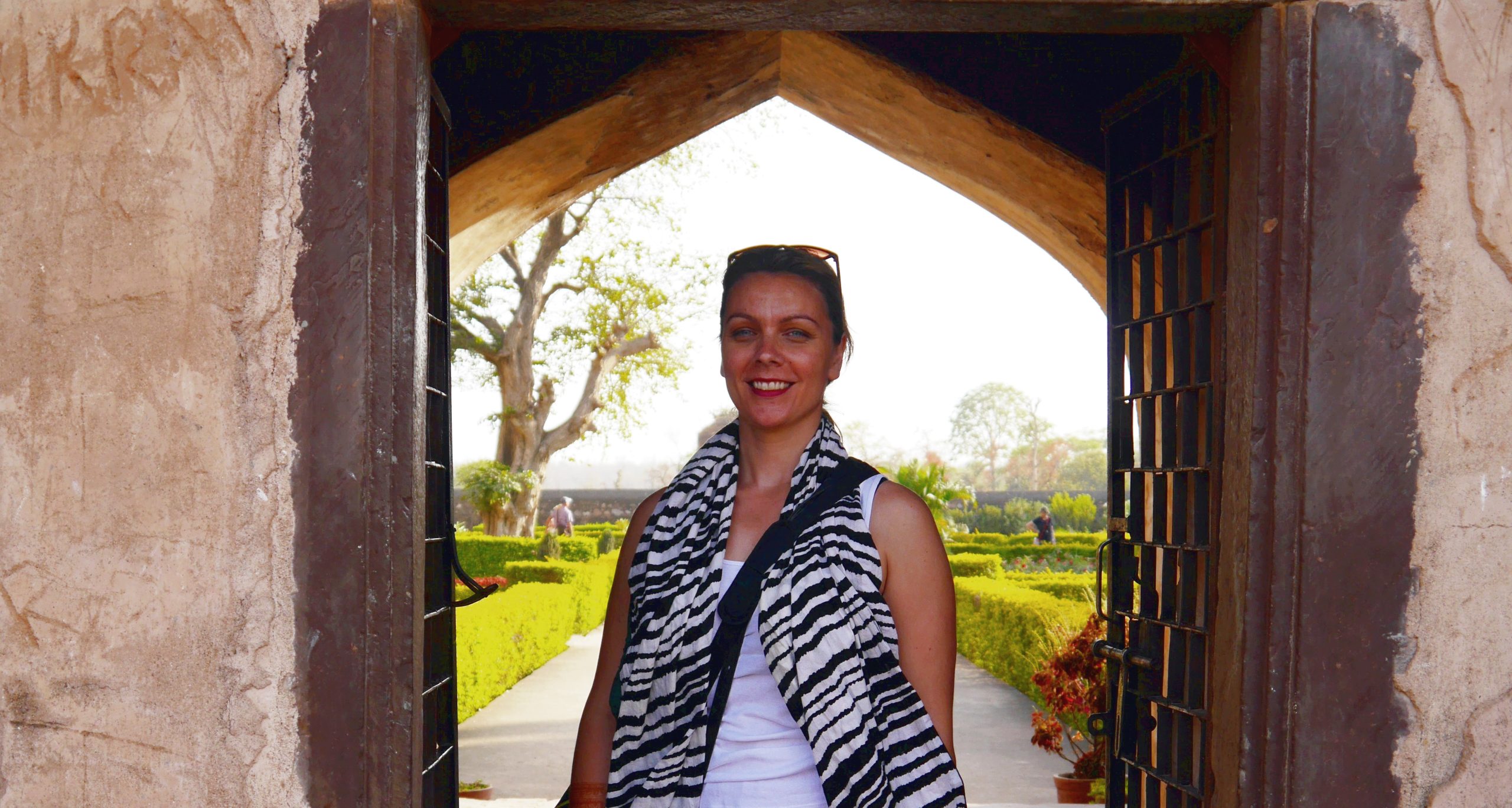 Emigration from Croatia has always hugely outweighed Croatian diaspora immigration, but there has been a steady stream the other way over the last two decades.

In this series, we meet some people who have made the move ‘to the motherland’. Today we meet Jelena Primorac who moved to live in Croatia from the United States.

Jelena, where originally are you from?

I was born in raised in Pennsylvania, in a town called Bethlehem, which is 20 minutes away from a town called Nazareth. It was founded by Moravians on Christmas Eve, as the story goes, and even has a Star of Bethlehem up atop a hill. So it’s known as the Christmas city. I found it terribly boring growing up.

Where in Croatia do your roots lie?

My mom is from Zagreb. She grew up near the zoo, which I just found out the other day she once broke into when she was a young girl! My dad was from Herzegovina—Čitluk. He grew up dirt poor, literally sleeping in a barn with farm animals as the youngest of 7 children before he made it out of the country and out of poverty on a series of scholarships. 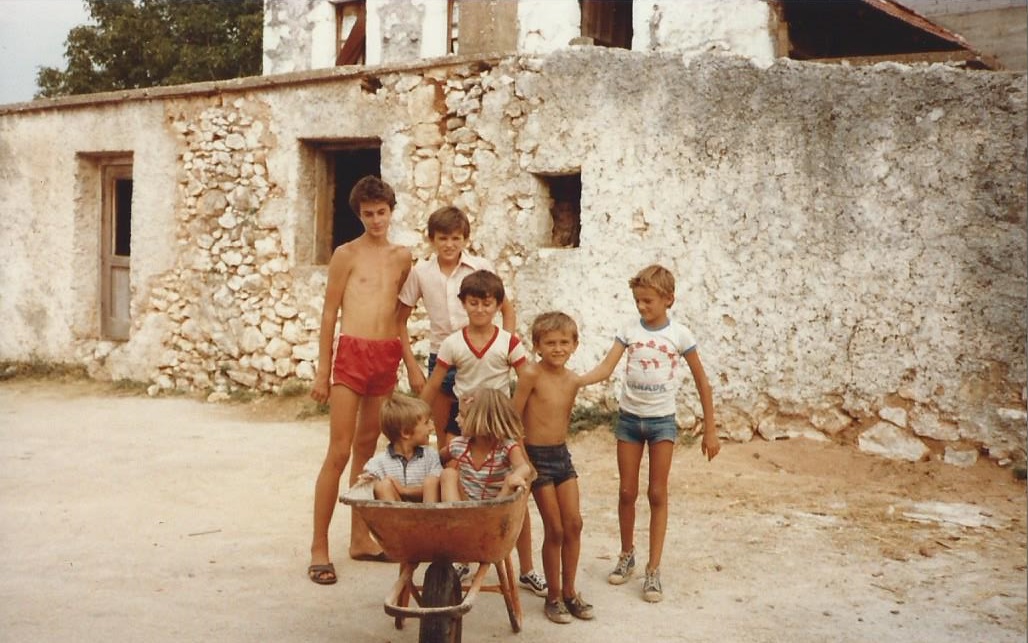 Was Croatia a part of your life when you were living in America?

There weren’t many Croatian families in Bethlehem, no kids my age, so I didn’t have any Croatian friends nearby. But there was a lot of Croatia around our house. My mom used to paint and had traditional Croatian garb in lots of her paintings of people harvesting hay, cooking over fire pits. It was a nostalgic Croatia in our home décor, in the music my parents played around Christmas time. And then there were details, like the tabletici under the television sets! And we ate lots of traditional Croatian dishes. Stuffed cabbage, stuffed peppers. And were familiarized with foods we’d never eat, like hladetina..brrr….

But what really tied me and my brother to Croatia was the fact that we visited often. My mom was a stay-at-home mom when we were young, and brought us here for entire summers at a time. We always had a blast. But when I reached my teens I began to feel torn. I grew to feel half of me was in the U.S. and the other half was in Croatia—where I had my first kiss, my first cigarette, went to my first concert. That feeling has always sort of been with me since.

It’s a weird thing to have your life on two different continents like that. It’s incredibly enriching on one hand—I really think I’m a better person for it, for understanding two different worlds so well. But it’s also hard on the heart and soul in a way. 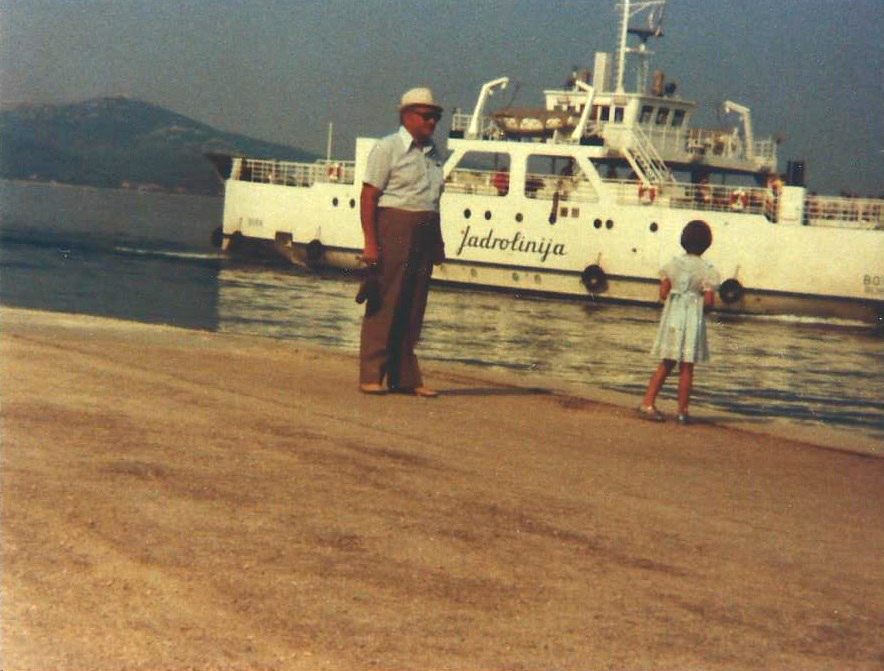 I moved here to avoid going to pharmacy school! I wanted to study English in the U.S., but my parents, whose financial support I relied on entirely at the time, insisted I’d die of hunger if I did, and made me enrol in something more “concrete” and marketable, which ended up being pharmacy school—my mom was a pharmacist and I had nothing better to suggest with English off the table.

The summer after my senior year of high school, I spent three days on the campus where I was supposed to start college in the fall, for orientation. I felt physically ill touring the chemistry labs. I hated chemistry. I hated the hard sciences. I just wanted it to go away, pharmacy school. And when I went to Croatia a few days later to spend the rest of summer there, it hit me—I could flee the country! So I did. 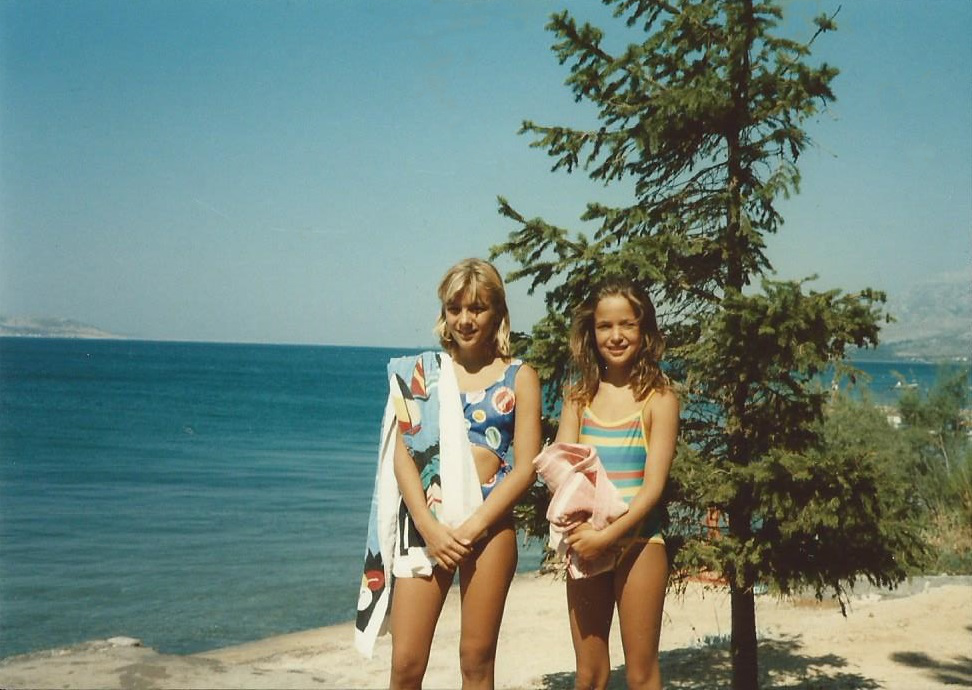 What was the hardest thing to adjust to or about the move?

Nothing. I loved it. Bethlehem was small and boring, I grew up surrounded by nothing but houses and trees. Zagreb was no less exciting to me than New York City or Tokyo! Plus I had my grandmother, who I lived with, to make it feel like the most beautiful place on earth. And it was for me, for quite a long time. 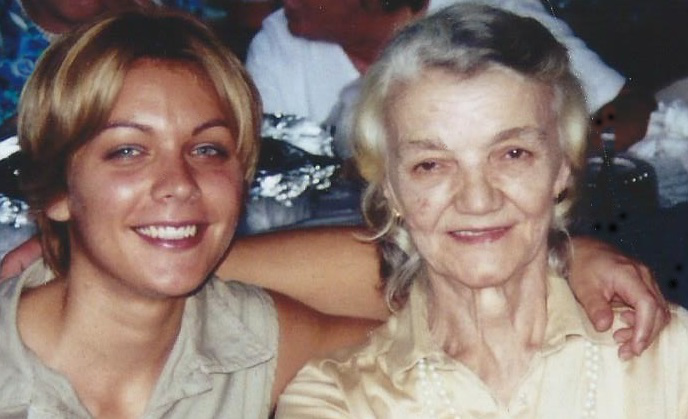 Jelena and her baka

Where are you living and what are you doing for a living?

I am living in Zagreb. I have a language school on Medveščak called Speak Up!, where I teach conversational English to adults and writing skills to high school students. I’m working on my MA in Teaching Writing at Johns Hopkins University, I’m among the first generation of students to attend the program online. I’ve been sharing a lot of what I’ve been learning there not only in the classes I teach at Speak Up! but also at free workshops I run, like one I held at a city library last week on creativity and writing. 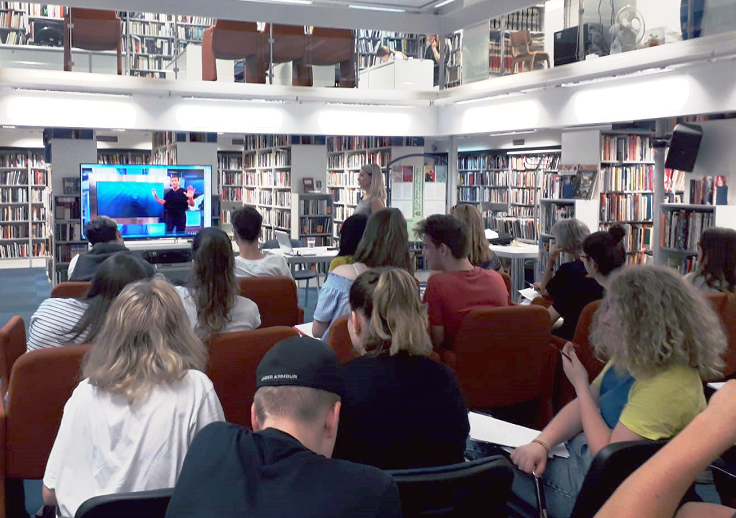 Also, I sell a book I co-authored: Flirting in Croatian—A Vacationer’s Guide. I also sell Flirting in Croatian t-shirts with some of our favorite silly pick-up lines on them. Lines like “I envy your lipstick” (in Croatian: “Zavidim tvom ružu za usne”). The books can be bought at Tisak media stores throughout Croatia, and we also sell both the books and t-shirts through our Facebook page via direct messages. 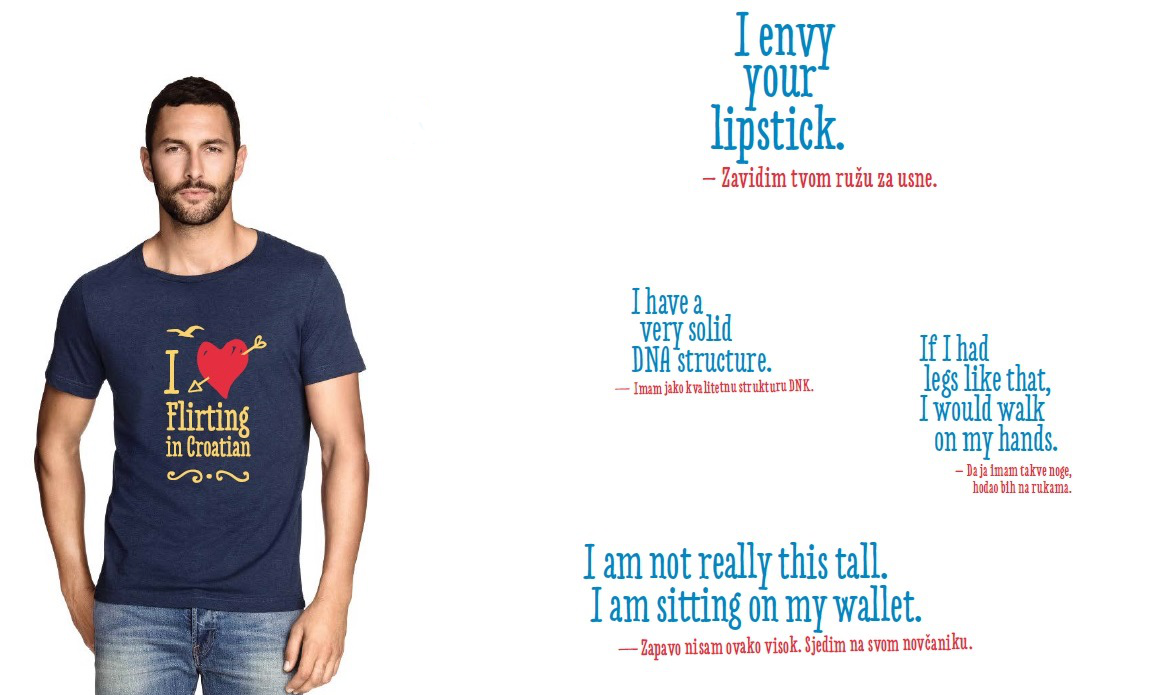 What do you like about the lifestyle in Croatia?

You know, experts keep on writing more and more about how happiness is linked to social connections and the feeling that you’re part of a community more than anything else. We’re social creatures, and Croatia is the perfect habitat for social creatures. People here really spend time together, they really work on cultivating relationships, they stay in touch, they live as part of a community. That’s what I like most. That when I went to have a lemonade at a café around the corner from my classroom the other day, the owner wouldn’t let me pay. I love that. That’s so sweet. I love that when I’m waiting for the bus, sometimes random neighbors see me and give me a lift to the tram stop. This stuff doesn’t happen in the U.S. It’s easier to be part of a community here. 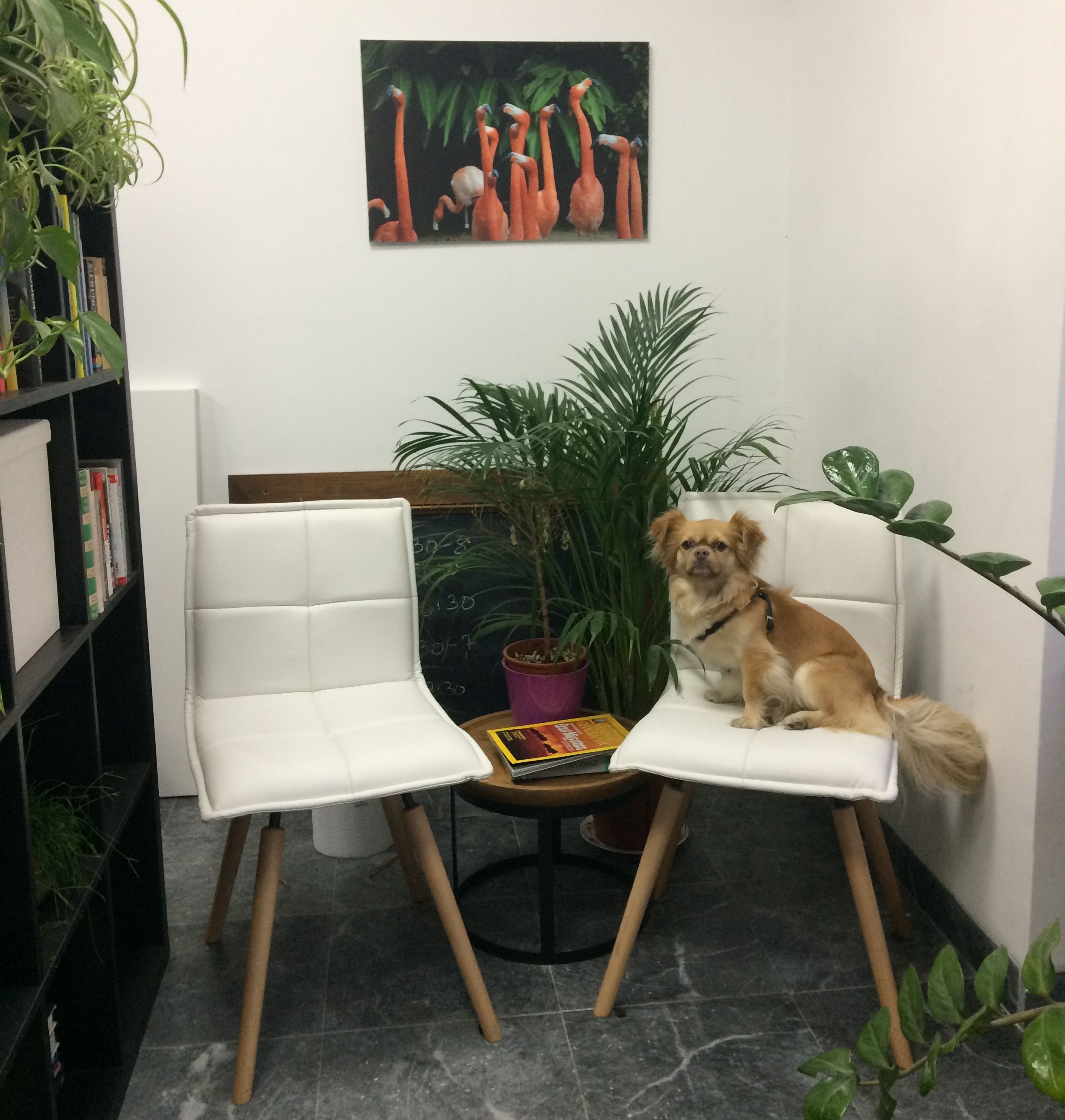 Misha in Speak Up! waiting area

How do you chill out?

I have coffee with friends or hang out with my dog. Zagreb is an incredibly dog-friendly city.

What do you miss about America?

Aside from my friends there, I miss giant, greasy slices of American pizza. Pepperoni. Those crunchy crusts! Also, I miss endless American optimism and enthusiasm. And 2 a.m. visits to Walmart to pick up chocolate pop tarts, loose leaf paper and a new laundry basket. I miss everybody smiling all the time and I miss random conversations with total strangers out at bars. 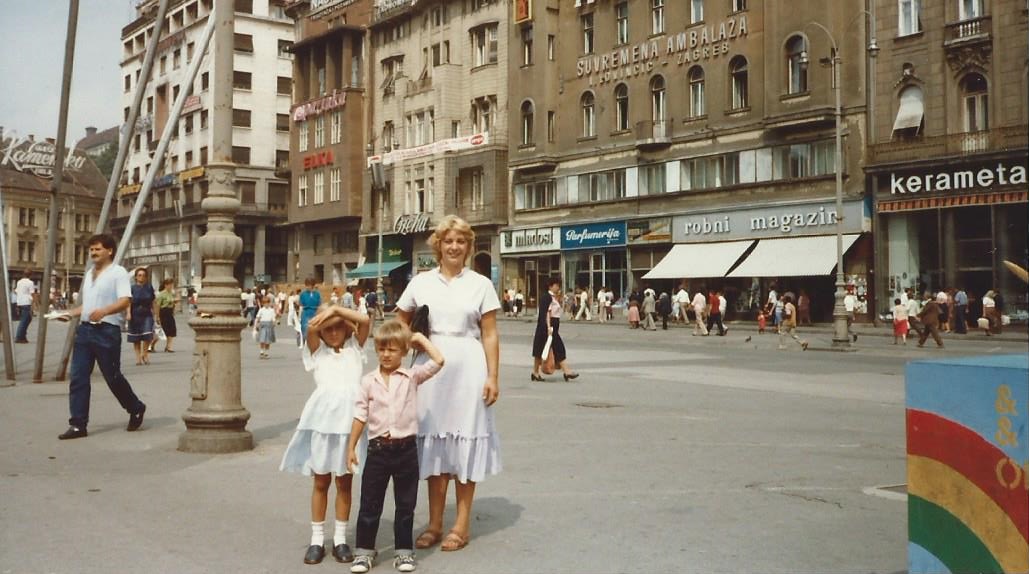 What bit of ‘local’ advice would you give to someone visiting Croatia for the first time -what should they go see?

There are lots of myths and legends about Istria, I think it could be fun exploring that part of Croatia—which is gorgeous—by investigating some of them. There are supposed to be certain bits of land in Istria where there are unexplained echoes—hunting them down could make for an unusual visit!

When I really get going, I can come up with a sizeable list of complaints about living in Croatia, but overall, the good by far outweighs the bad. It’s a nice place to live and I’m staying put for the foreseeable future. 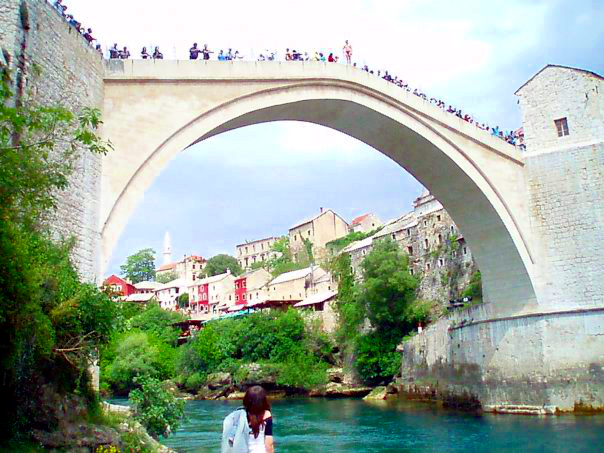 What advice, tips, would you give to anyone thinking of moving to Croatia to live?

Don’t expect logic when dealing with government institutions and employees. Be ready for things to be ridiculously nonsensical and often unfair. There are some phenomenal civil servants here, but there are also many small people with big stamps—play dumb and be saccharine, it could be your only salvation when they try to wrap you up in red tape!

Take advantage of Croatia’s location, its proximity to so many other cool destinations, and move around. If you didn’t grow up in Europe, it would be a shame to not take advantage before you move elsewhere again. Also, if you’re toying with the idea of moving to Croatia and aren’t sure if you should—just do it! It’s never the “right” time and you aren’t getting any younger!