Home » News » Moving from Ukraine to Croatia: What it really means to study abroad in Croatia

Moving to a country that you are completely unfamiliar of can be quite a difficult task. Taking the opportunity to move to a foreign country, pursue your undergraduate degree and do what you love can be even more challenging. Yet for Tanya Kulbaka, moving from Ukraine to Croatia was the first step into molding herself into the person she is today. She packed her bags 2 years ago, began her journey and made Croatia her new home. Currently a sophomore student at RIT Croatia in Dubrovnik, Tanya is completing her undergraduate degree in Hospitality and Tourism Management.

During a recent trip to Dubrovnik, I had the great opportunity to visit the RIT Croatia campus for the first time. “Studying at RIT Croatia, you get to know different cultures and you get to make friends with a diverse group of people”, says Tanya as she showed me around the campus. Check out the video below to learn what it truly means to study abroad in Croatia.

Studying in Dubrovnik is an opportunity worth seizing

With the help of Tanya, I got to experience the campus as if I was a student myself. The peaceful campus surroundings but also being near the city center of Dubrovnik provides its students with the best of both worlds. Spending just one day on campus, I realized that after completing four years at RIT Croatia’s campus in Zagreb, one thing I regret the most is not spending at least one semester at RIT Croatia in Dubrovnik. Knowing that once classes are over, you can take your towel and jump in the Adriatic Sea for a quick swim gave me a glimpse of the different student culture than in Zagreb. The chance to study in paradise is something that I would have done differently if I could. 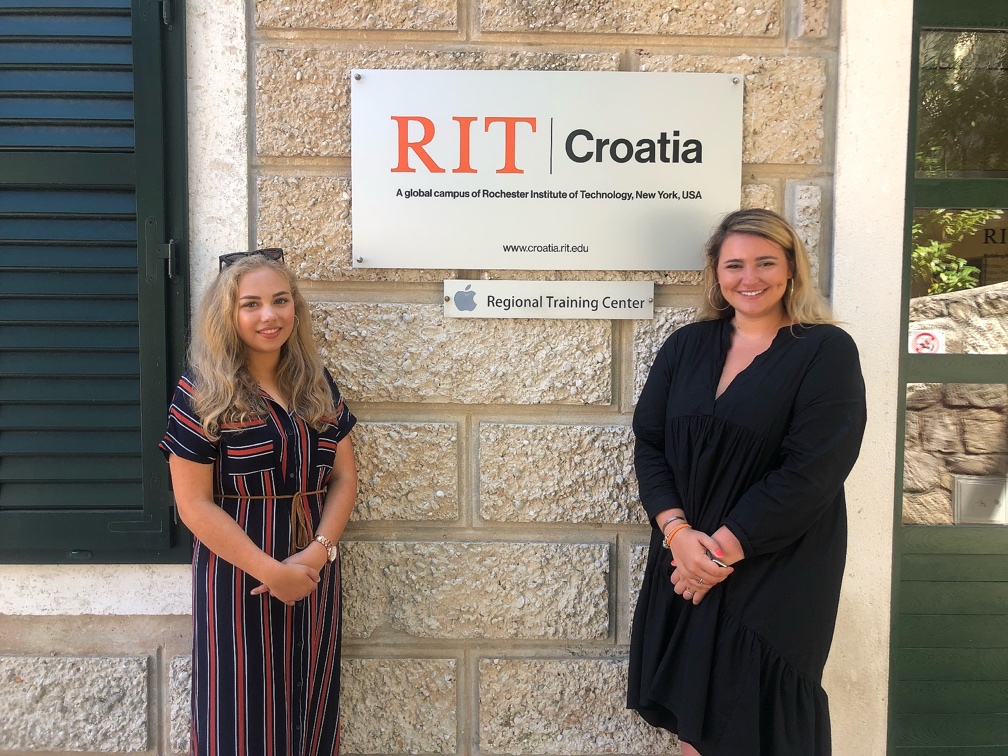 Visiting the RIT Croatia campus in Dubrovnik for the first time, Tanya showed me the beautiful campus and its surroundings

(This article is an advertorial promo)