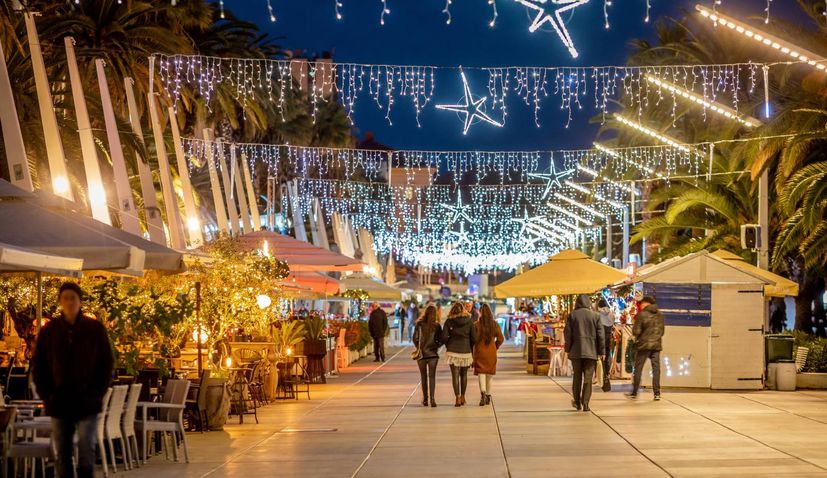 ZAGREB, 17 December 2019 – Around 4 percent more tourists are expected to visit Croatia over the Christmas and New Year holiday period, the Croatian Tourist Board said on Tuesday.

During the Christmas and New Year holidays, which is from 20 December 2019 to 6 January 2020, around 227,000 arrivals and 594,000 overnights are expected in Croatia, which represents an expected increase in tourist traffic of about 4 percent compared to the same period last year.

“Domestic and foreign tourists are increasingly recognising and praising the quality offer of Croatian destinations in the winter, both in continental Croatia and on the coast, but also on the islands. This is precisely the right direction in trying to position Croatia as a destination with attractive and diverse offers throughout the year, and help in a more even distribution of tourist traffic throughout the year,”said the director of the Croatian Tourist Board, Kristjan Stanicic.

Looking at bookings in locations on the coast during the Christmas and New Year holidays, around 126,000 arrivals and 383,000 overnights are expected, which represents a traffic increase of about 2 percent, while continental Croatia is expected to welcome around 100,000 arrivals and 211,000 overnights, which represents traffic growth of about 6 percent.

The most tourists arrivals on the coast this holiday period are  expected in Istria, Primorje-Gorski Kotar, Split-Dalmatia and Dubrovnik-Neretva counties, while in continental Croatia the highest tourist traffic is expected in the city of Zagreb and the Krapina-Zagorje, Međimurje and Karlovac counties.