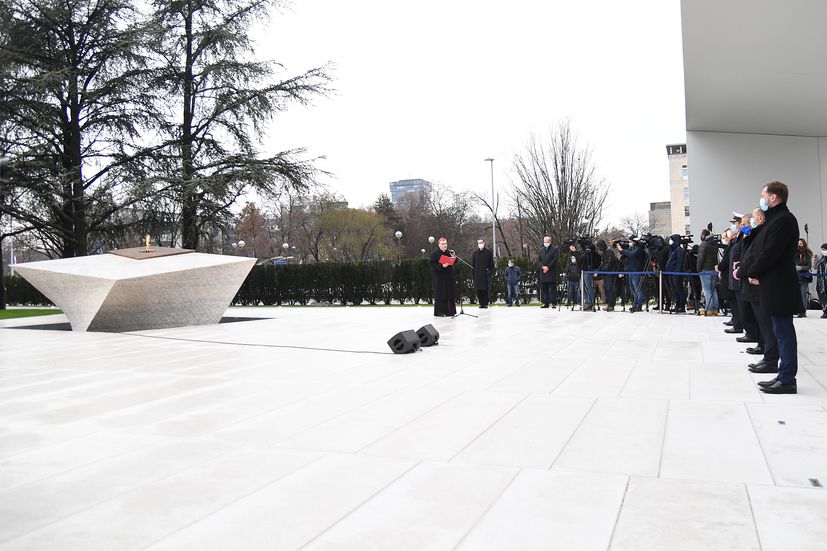 ZAGREB, Dec 10 (Hina) – A monument to the Homeland was officially unveiled in Zagreb on Thursday on the 21st anniversary of the death of the first Croatian president, Franjo Tudjman, with state officials and Zagreb Mayor Milan Bandic attending the ceremony.

The monument was unveiled by its author Nenad Fabijanic together with Mayor Bandic and representatives of associations of the families of the killed, missing, or detained defenders and civilians during the Homeland War, Ljiljana Alvir, Lucija Kobar, and Vesna Mihaljevic.

Medved: A monument of Croatia’s unity

Expressing pleasure that the monument was erected, War Veterans’ Affairs Minister Tomo Medved said that this was a monument to Croatia’s unity and one of gratitude and a lasting memory.

The minister recalled that the monument had been unveiled in the most difficult year since the Homeland War – ridden with the coronavirus pandemic and a year which would be remembered by one of the most destructive earthquakes in Zagreb and its environs. Medved called for unity and solidarity and responsible behaviour.

“Today the front lines in defending the homeland is in our hospitals, aged care facilities but also it relies on our personal responsibility to protect everyone from our families and defend jobs at risk in this hard-hit economy,” he said. 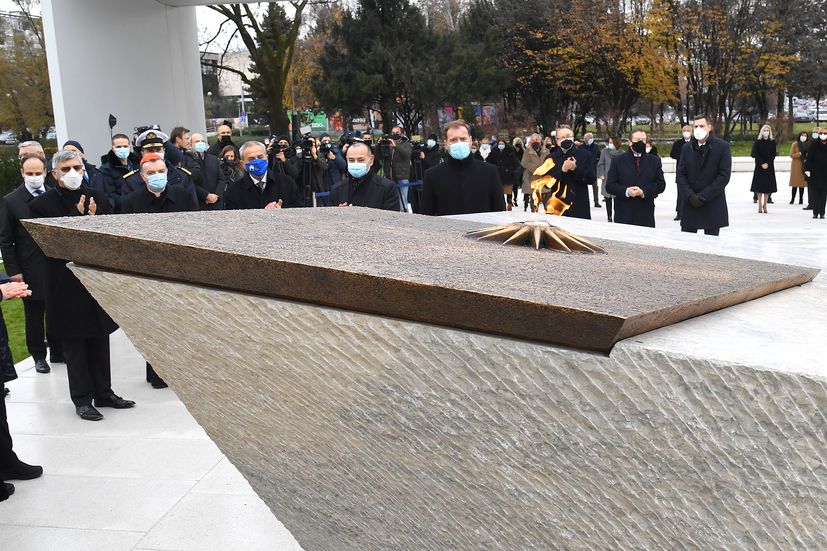 Medved said that in addition to the Altar to the Homeland, Croatia and Zagreb now have a monument that will soon become one of the most recognisable landmarks in Zagreb and Croatia.

He also underlined that the monument will be a lasting symbol of Croatia’s thousand-year-long dream for freedom which came true under Franjo Tudjman’s leadership.

He added that foreign statesmen will now have somewhere to pay their respects to the Croatian state in front of the eternal flame at the monument and that the government would include this in state protocol.