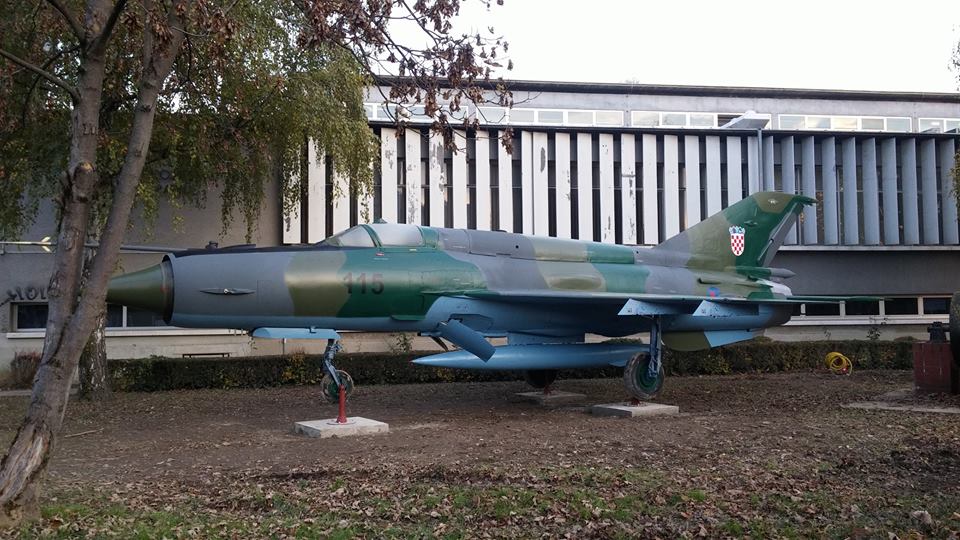 A MiG-21 jet fighter aircraft, which is no longer in operation, has been placed in front of the University of Mechanical Engineering and Naval Architecture in the Croatian capital Zagreb.

A ceremony unveiling the displayed MiG-21 was a few days ago on the occasion of the University’s 60th anniversary as an independent faculty.

The Croatian Ministry of Defence finally approved the University’s request to permanently display the jet fighter aircraft after long negotiations.

It is the first displayed MiG in Croatia, apart from those at Military facilities. GoPro footage was recently released revealing what it’s like to be flying in the cockpit of a Croatian MiG-21.

Check out a pilot’s view in a MiG in the video posted by the Croatian Ministry of Defence and Hrvatski Vojnik.