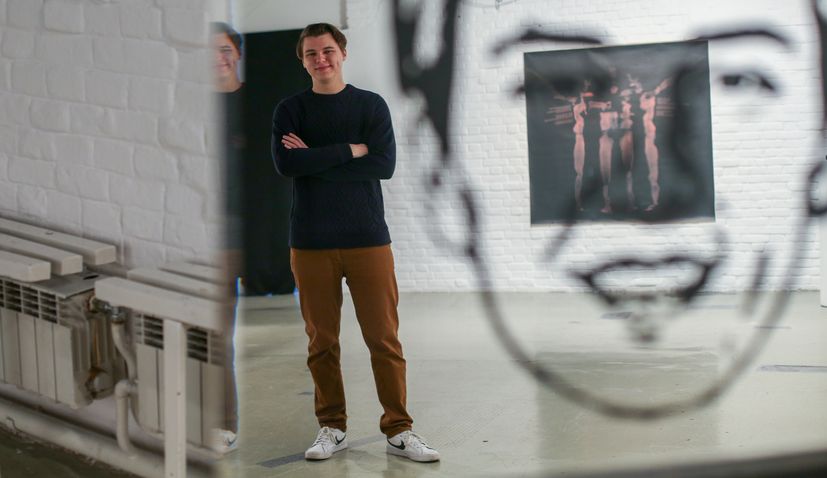 Croatia has produced a number of talented actors and Gracija Filipović being included recently among the top 10 big European acting hopes is proof of that.

There are a number of rising young actors currently in Croatia, like Zagreb-based Dominik Čičak.

Although only 24, Dominik has already worked on a number of local and international projects, including a movie for Netflix and a TV show for ITV. We caught up with the multilingual actor to find out more.

When did you first have an interest in acting and what made you want to pursue it as career?

I think I always enjoyed acting and going to the cinema or theatre, but I have not considered it seriously as a career until I entered the ZKM College Studio (Zagrebačko Kazalište Mladih – Učilište / Zagreb Youth Theatre).

I have always been cast to play in school productions, but never thought of it as a serious options for a profession I could take up. The Zagreb Youth Theatre gave me an insight of what a professional actor might be doing on a day-to-day basis, how a theatre production is set up, and the teamwork needed between the director, producers, crew and of course the actor to create a successful production.

I think this really appealed to me and along with the artistic freedom one has as an actor, made me think about becoming an actor.

I am not sure exactly when I first started to act, but there are rumours that one of my first “roles” was as a teddy bear in a kindergarten theatre production. Let’s leave it at that, ha-ha.

What acting education have you done so far?

I am a graduate of the East 15 Acting School which is based in London, UK. It is one of the top acting academies in the United Kingdom, and it has an interesting mixture of techniques being taught there – from the basics of Stanislavsky, Laban & Meyerhold to method acting, clowning and improvisation.

What really appealed to me was the range of productions we performed in – from the expected, like Shakespearean, Pinter and Chekhov plays to modern, contemporary pieces, which finally culminated in creating our own devised theatre plays. I enjoyed also that the training covered stage combat, fencing, but my favorite module was of course film and TV acting. 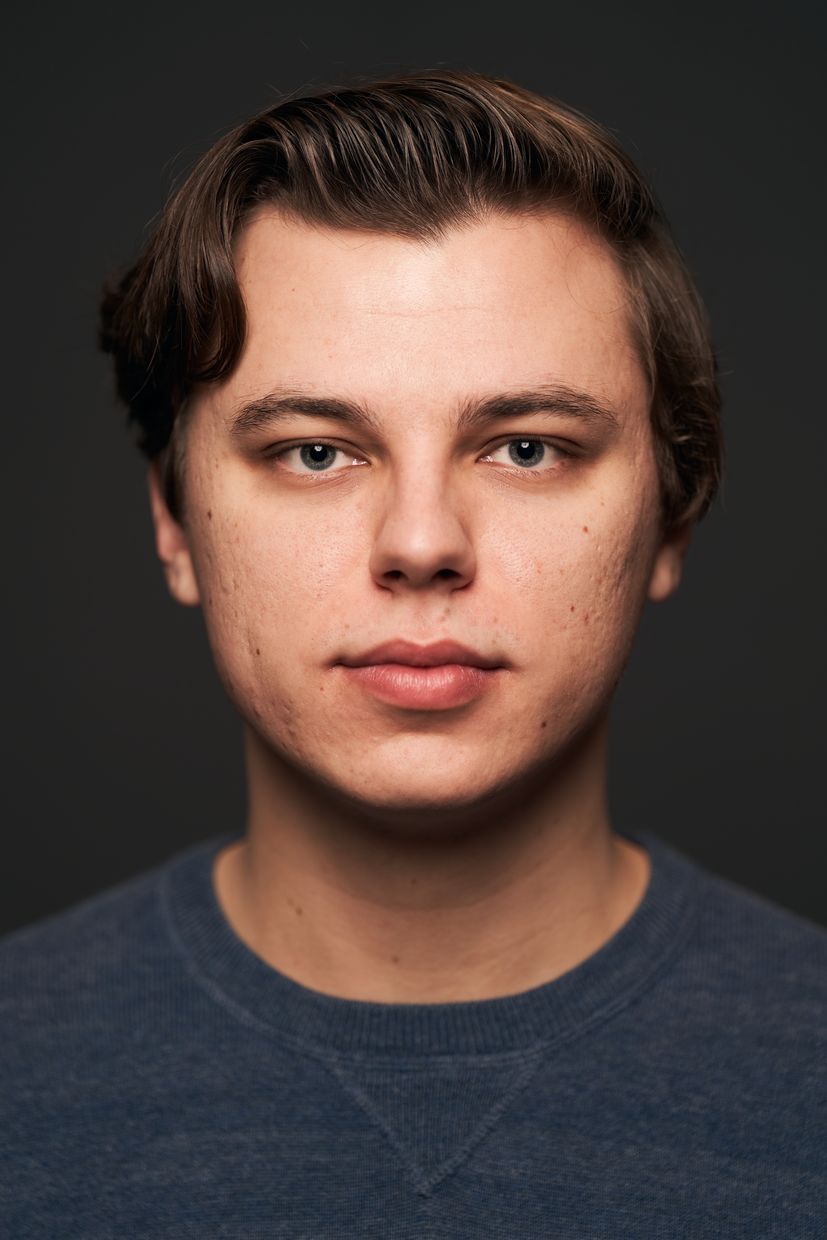 What did you learn the most during your time in the UK?

How to cook haha. No, no, obviously I learnt mostly about my craft, but it was also an important period of development for me as a man – a time of maturing, and developing into the person I am today.

What acting roles have you had so far in your career?

I have been lucky that in my (relatively short) career, I managed to work internationally as well in Croatia. We are currently waiting on two of my most recent projects to have their premieres. One is an English TV show for ITV, and the other is a movie I starred in for Netflix.

Unfortunately I can’t tell you anything else about these projects, but they are coming soon! I can just say it is really exciting and humbling at the same time to work for such big productions. I appeared in London theatre (Arcola Theatre), filmed around 300 episodes of different TV shows (Vrata do Vrata, Vreme Zla, Dar Mar, Blago Nama etc.) some 10 short films and a couple of films. Overall I have filmed in England, Czech Republic, Croatia, Slovenia, Netherlands and Serbia…I think that’s it so far ha-ha. 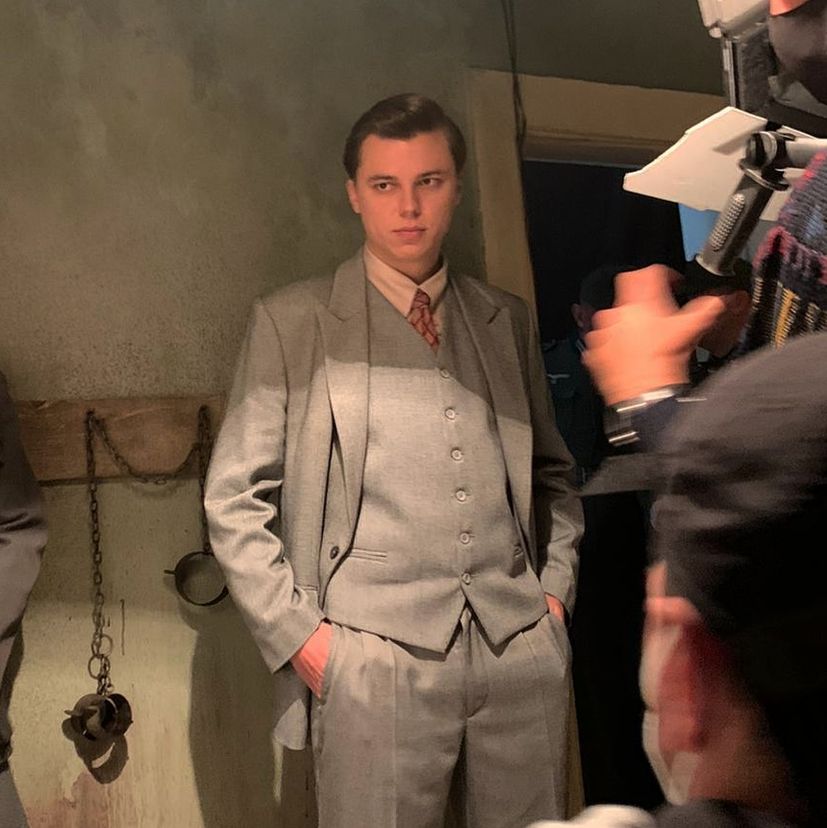 Everyone has their own methods, how do you rehearse for your roles?

It all starts with script work. I read and analyse the whole script and then I go into research and try to find out everything I possibly can about the story and the character I am portraying – perhaps it is a period piece, so I will research about that historical era and so on.

After that is the rehearsal process with the director and the rest of the cast – you come into this process with some idea of what you want to do with the character, but this is where the real work begins and you really get a feel for your character and the whole story overall.

Who are some of your favourite actors?

That is always a difficult question for me as I respect a lot of my older colleagues and I feel there is a lot to learn from them, but if I had to choose some favourites I would go with Jack Nicholson, Robert De Niro and Denzel Washington.

From a European perspective of multilingual actors who “made it” in Hollywood I hold in high regard Christoph Waltz and Daniel Brühl, meanwhile my favourite actors of the “younger” generation are Leonardo DiCaprio and Matthew McConaughey.

Who has influenced your career to date?

Apart from my family and friends, who have been immensely supportive throughout my training and career, I must thank all the directors I have worked so far, because I have learnt something from each and every one of them – whether it is something good or bad, doesn’t matter, as long as you learn from the experience.

My professors Robert “Bobby” McIntosh and Zois Pigadas gave me the building blocks of how to be a good actor, but above all how to be a decent human being. Meanwhile Zoran Cvijanović took me under “his wing” as I co-starred with him in my first major, lead role in “Vrata do Vrata”.

What characteristics do you think make a good actor?

Ability to be empathetic and understand the given circumstances. Simply put, it is all about perspective and trying to place yourself in “another person’s shoes”. If you can do that, the audience will seamlessly see you transition from the actor to the character you are playing,

What are the challenges and what are the benefits of being an actor in Croatia?

I think the challenges of being an actor in Croatia reflect that of being an actor anywhere in the world. It’s the lack of knowledge of what is to come – while exciting on one hand, it also makes it hard to plan out anything long term – but that comes with the territory I guess, and you always get excited when you get a new audition, a new opportunity to do what you love. The benefits are of course actually living in our beautiful country. And I don’t mean that just from the aspect of the lifestyle, the wonderful people and beautiful scenery, but actually that more and more foreign productions are coming to film in Croatia, and as I believe my strengths are my knowledge of languages and accents, I always have an opportunity to star in such productions.

What do you like to do outside of acting?

I love to keep active, so sports is definitely a big part of my life. I love playing football, basketball and cricket on a regular basis. I also used to play ice hockey competitively and now I occasionally commentate NHL games on Sportklub TV.

Honestly, sports are just a fun way to stay healthy and in shape. Apart from sports, I am a bit of a history buff, enjoy a beer with my friends and have an everlasting admiration of aviation as I am a pilot of small aircraft.

Do you have any goals in acting?

I am currently preparing for filming a movie in Denmark and a movie in Croatia. It will be exciting as I haven’t worked before in Scandinavia and I can’t wait to see their work process, as I hold their filmography in high regard. I don’t have any particularly set goals in acting; all I know is I want to develop as an actor, learn as much as I can, appear in different genres of work and try to establish myself as an actor. As for dreams – well they are dreams, but I think it’s good to dream.