Among the many things that make RIT Croatia special are their professors: experts from around the world with real life experience in a variety of fields, whose strong relationships with students make classes lively, fun and engaging. There’s no better example than their Dubrovnik campus Hospitality and Tourism Management program professor and current Area Head, Professor Kevin Walker. 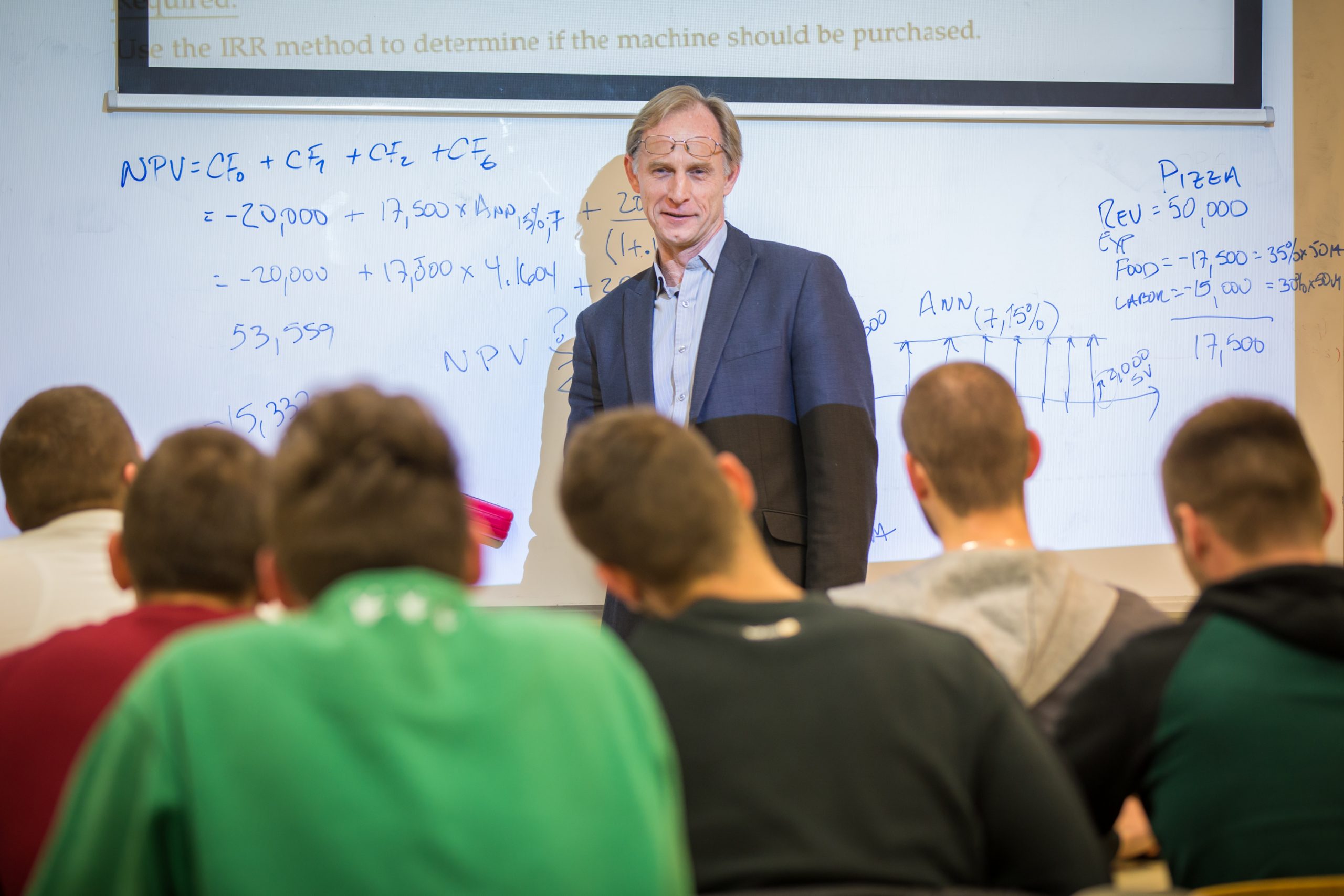 With a bachelor’s degree from Stanford University in Electrical Engineering and an MBA degree in finance from the University of California at Berkeley, Professor Walker came to Croatia in 2005 and has been teaching at the Dubrovnik campus since 2008. With a background in financial markets and equity options trading, and co-founder of his own trading firm, Professor Walker teaches a variety of courses including Financial Accounting, Entrepreneurship, and Marketing. But the course that students seem to remember and enjoy the most, is the Public Speaking course that Dubrovnik campus students take in the first semester of their freshman year.

In this legendary course, students are welcomed into the RIT Croatia world of studying in English. This means much more than just passive listening; students in this course have to collect the courage and skills to give short presentations in front of their peers. Although most students are a little scared at first, and have never done something like this before, Prof. Walker is just the right person to encourage them through it with a sense of humor. Many students end up remembering this course as one of the most important and memorable in their years at RIT Croatia. “I always try to have some fun while I’m teaching,” says Prof. Walker. For example, students who come late to class or whose phones ring during a lecture, have to sing a song for everyone. “The relaxed atmosphere keeps students engaged and open to new concepts.” 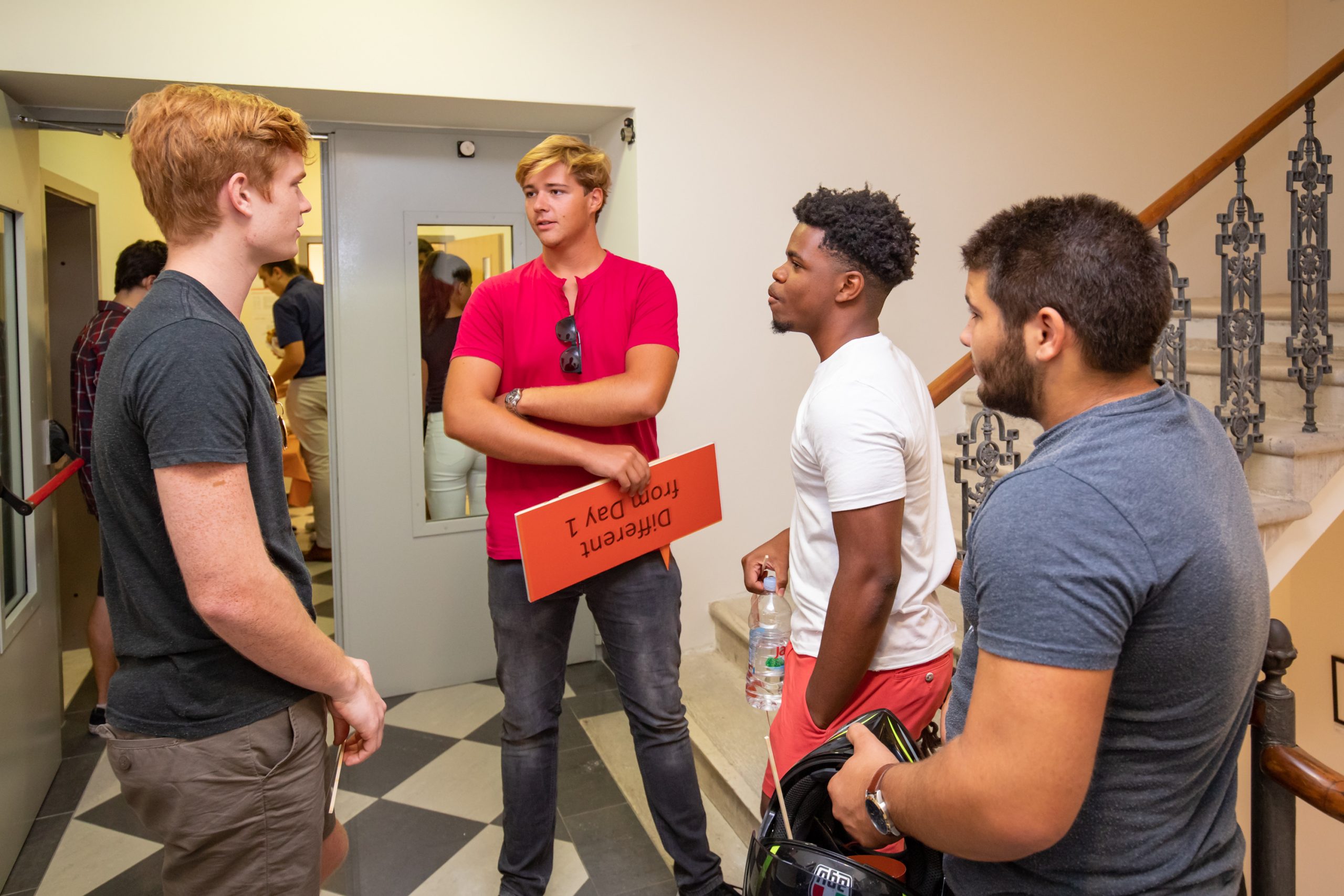 “At RIT Croatia, a student will receive a US diploma while having an incredible international experience, living and studying abroad,” says Prof. Walker.

When he is not teaching, Professor Walker spends his time helping manage and run his family restaurant, Steakhouse Domino.

After nearly 15 years in Dubrovnik, Professor Walker says he definitely feels at home here. An avid runner, he especially appreciates the beautiful views of the Adriatic Sea that surround him everywhere in Dubrovnik.

“The only difficult part of living here for me is the Croatian language. I have to admit — it crushes me. I really don’t seem to have the mental acuity required to grasp languages. I have a tough time, for example, with pronunciation; I don’t catch the nuances. I’ll listen to a Croatian person pronounce a word, and when I repeat it, I swear that I pronounced it the same. But the Croatian person will politely inform me that my pronunciation is … let’s just say… a little off.” “I always try to have some fun while I’m teaching,” says Prof. Walker. “The relaxed atmosphere keeps students engaged and open to new concepts.”

Professor Walker says he has no plans to return permanently to the US (other than holidays) and considers Dubrovnik and RIT Croatia his home, where students and colleagues can always count on him to brighten their days with laughter.

“Teaching at RIT Croatia, one of the things that I’ve thought about are the relative educational experiences afforded by American universities and RIT Croatia. One difference is that, in general, US-based schools have so much more going on than just education.  RIT Croatia has clubs and activities, but nothing like on the scale in America.  And this has an interesting side-effect.  When a student comes to RIT Croatia, that student is not cloistered in the college environment, but must live and interact with the community.  If a student is looking for the opportunity to experience another culture, to be immersed and engaged in it, while obtaining their education (note that RIT Croatia students receive the same diploma as their counterparts in the US!), then RIT Croatia is for that student. At RIT Croatia, a student will receive a US diploma while having an incredible international experience, living and studying abroad. “