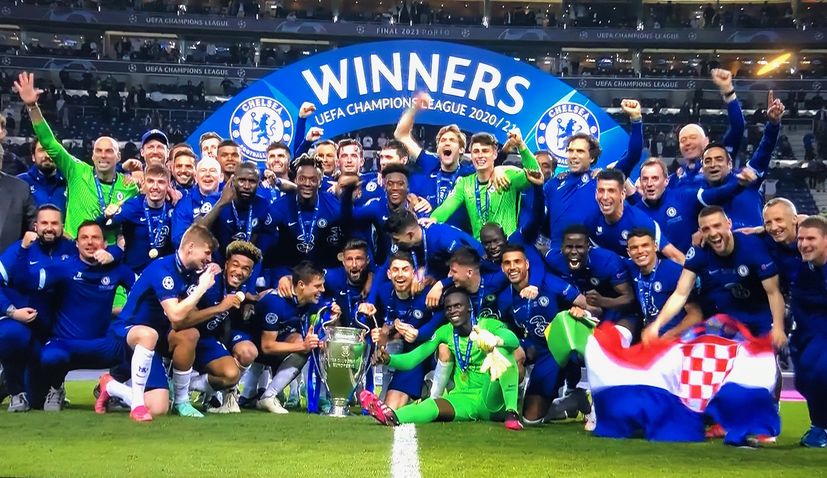 Kovačić, who won three titles with Real Madrid in 2016, 2017 and 2018, came on in the 79th minute of the match tonight. It was the first time he had played in a final after being on the bench for two finals and in the stands for another with Real Madrid.

27-year-old Kovačić started his career with Dinamo Zagreb at the age of 16, with whom he won two league titles in a row, before joining Inter Milan in 2013.

He then signed for Real Madrid before joining Chelsea on one-year loan in 2018, winning the 2018–19 Europa League in the process and eventually signing permanently for the London club. After the 2019–20 season, he was named Chelsea Player of the Year.

After a few days break, Kovačić will now join up with the Croatia squad for Euro 2020 preparations.

A Croatian player has won the title now for the last nine years in a row. The impressive sequence started when Mario Mandžukic scored in the final against Borussia Dortmund to help Bayern Munich secure the title back in 2013.

The following season Luka Modrić won his first Champions League with Real Madrid, followed by Ivan Rakitić with Barcelona the next season. In 2016, 2017, and 2018, Modrić and Kovačić claimed the trophy with Real Madrid, Dejan Lovren won it with Liverpool in 2019 and Ivan Perišić won it last year with Bayern Munich.