Croatian tennis player Mate Pavic has become the youngest doubles World No.1 since 1996.

Pavic (24) is the new ATP Doubles World No.1 after Lukasz Kubot lost his quarterfinal doubles match at the ATP Italian Open in Rome today.

Pavic will officially become the doubles World No. 1 on Monday 21 May when the confirmed weekly rankings are released, but Pavic can now not be overtaken at the top and is the first Croatian to become No.1. Wimbledon winner Goran Ivanisevic reached a high of No.2, whilst Ivan Ljubicic and Marin Cilic have both peaked at No.3. 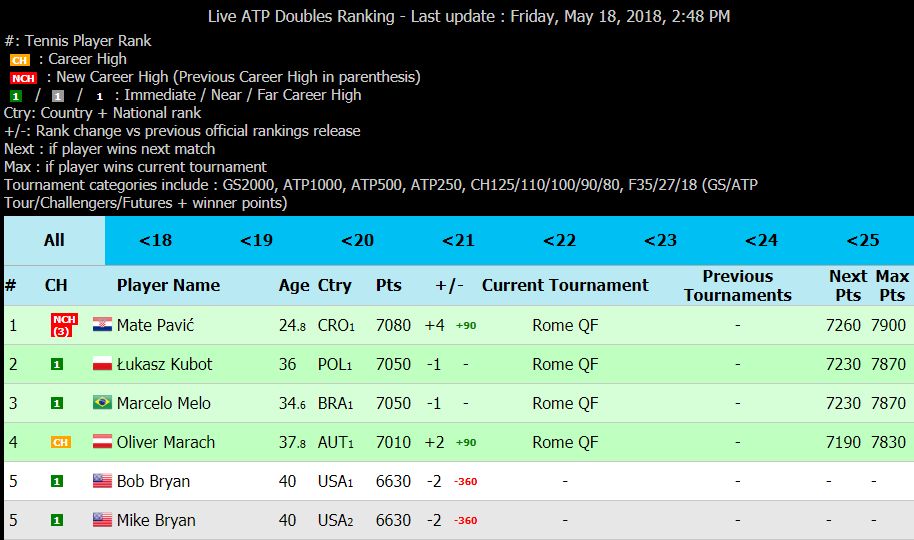 He also won the mixed doubles titles at the 2016 US Open in partnership with Laura Siegemund and also reached the 2017 Wimbledon Championships men’s doubles finals.

Congrats, Croatia 🇭🇷!@Cilic_Marin reaches #IBI18 SF and Mate Pavic becomes World No. 1 doubles player on 21 May courtesy of Cabal/Farah win over Kubot/Melo. Pavic will be 1st Croatian male or female No. 1 and youngest ATP doubles No. 1 since @ToddWoodbridge in February 1996.

Pavic has won other titles this year in Doha and Auckland and is in the quarterfinal at the Italian Open.