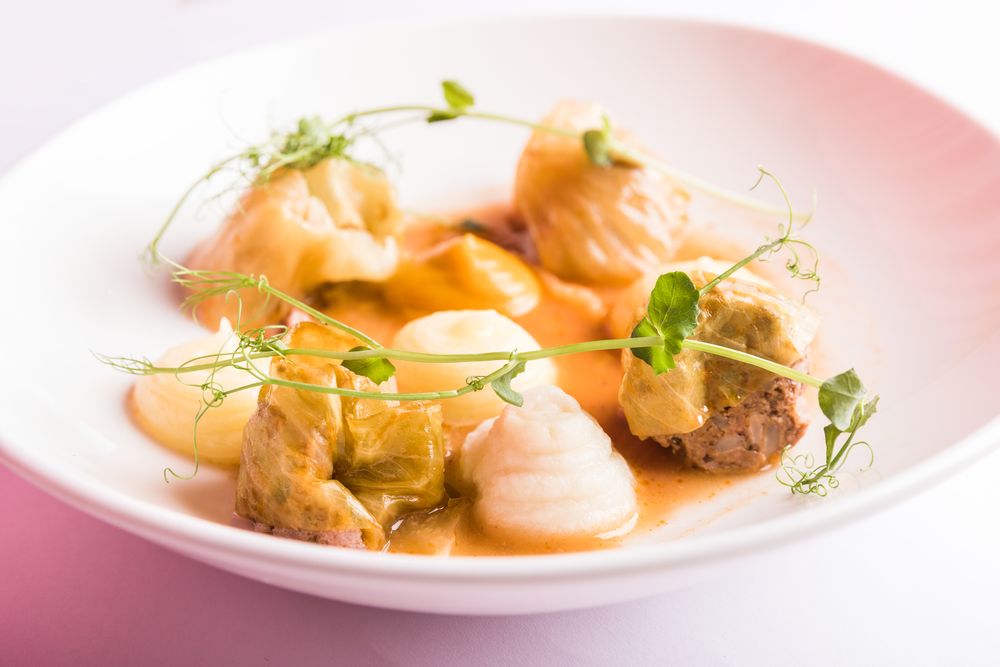 ZAGREB, 20 November 2019 – One of the hit Advent in Zagreb food stalls which served up traditional Croatian food with a twist, have expanded and opened a bistro in the capital.

The man behind T&T house, which served street versions of traditional Croatian dishes like sarma, pasticada and buncek in bread rolls, has just opened Market in the city centre.

“After we had the biggest Advent hit in 2017 with street sarma, we upgraded our menu with 3 more dishes. Advent in 2018 was even more successful than the year before. After we finished with Advent we started talking about opening a bistro. We concluded that the time is right for us to open a bistro/bar and started looking up for a place to rent,” owner Fran Curkovic explains.

Fran found the location in Zagreb’s city centre at Gunduliceva 13. After three months of decorating, preparing and developing a menu, Market opened at the beginning of November.

“The concept at Market is to serve traditional Croatian dishes with a twist. The twist can be some kind of fusion, like our Croatian tacos where we combine the mentioned Croatian dishes with Mexican tacos. Or something like our omelet with Trappist cheese with truffles and mushrooms. On the other hand, the twist can be with the presentation of the dish. For example, street sarma is served in a modern way with the extra sweet potato cream and fennel cream. The main goal is to be innovative and exciting so that the customers can have a unique experience,” says Curkovic. 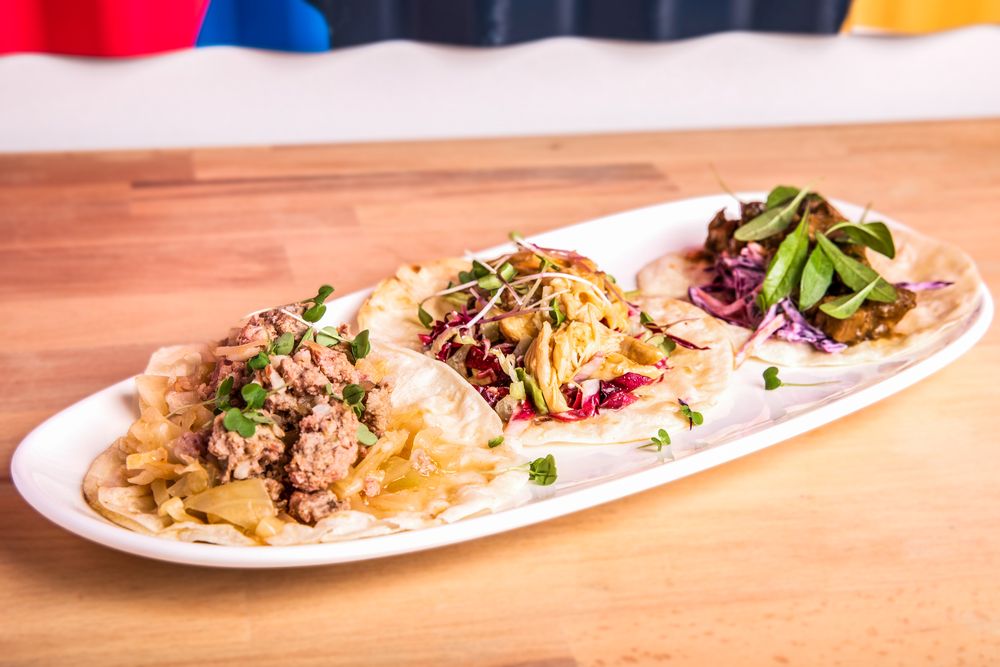 The A la carte menu at Market will be changed every season, and currently the autumn menu features pumpkin soup ‘Brbelica’, a cold appetizer -‘Market sir i vrhnje (cream & cheese) with grilled bacon’, two hot appetizers – ‘Risotto with mushrooms’ (vegan option and an option with bacon) and the  ‘Tagliatelle with chicken stew and Tezacki sir from the island of Pag’ (Pileci paprikas). 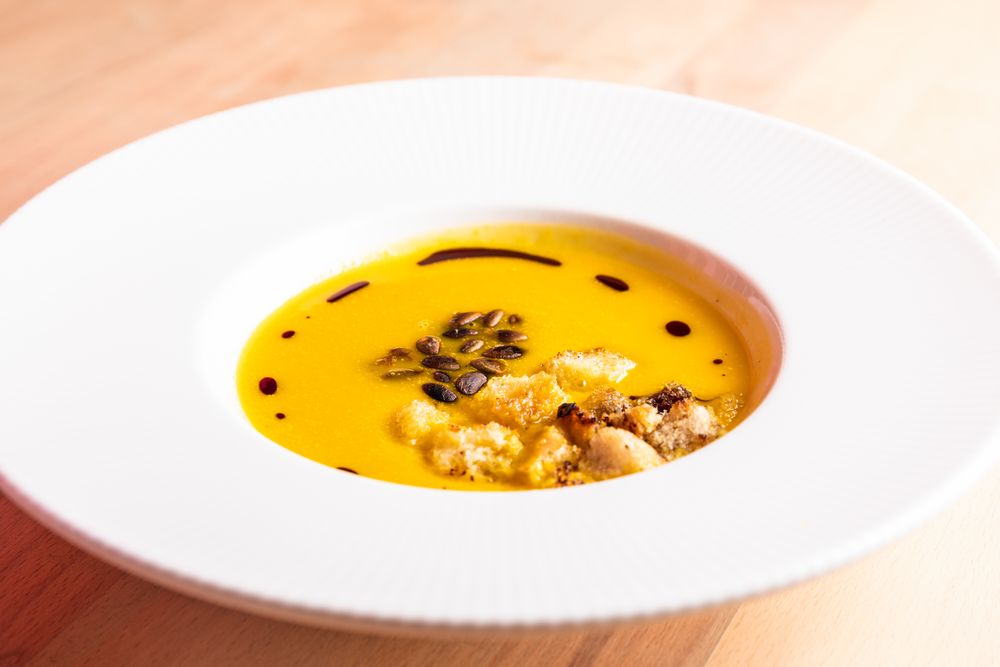 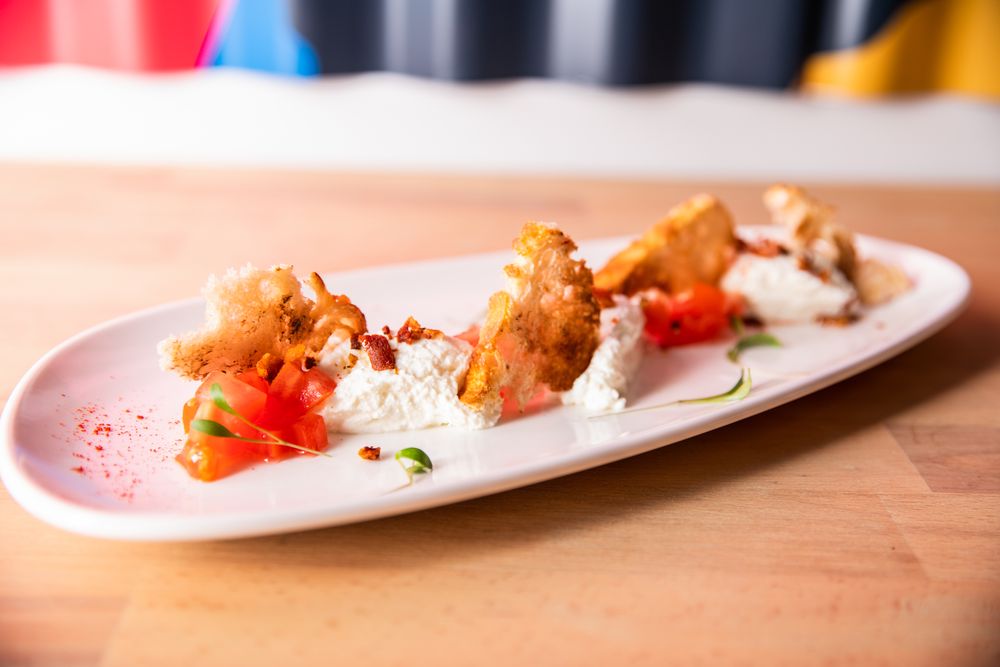 “There are also 4 main dishes, Street Sarma, Pasticada da da, Gregada Market and Purger Burger. Pasticada da da is a slowly cooked beef-based dish served with homemade gnocchi made with potatoes, carrot and mixed vegetables, pickled flannel and plum jam. Gregada Market is a Dalmatian fish dish, in this case, made with bass, potato, Brussels sprouts, and onion. Purger Burger is a burger based on an old breakfast eaten mainly in Zagreb. Buns are made especially for market by Bread Club, 100% Croatian beef, cream and cheese sauce, grilled bacon, tomato, and salad. For dessert, we have a homemade apple and pear strudel,” Curkovic says. 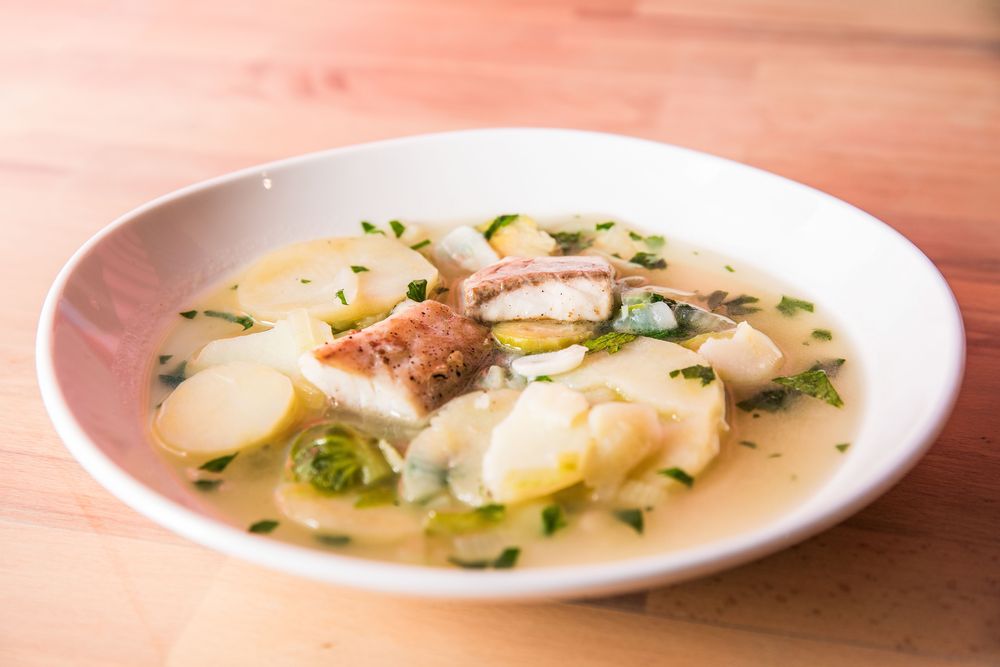 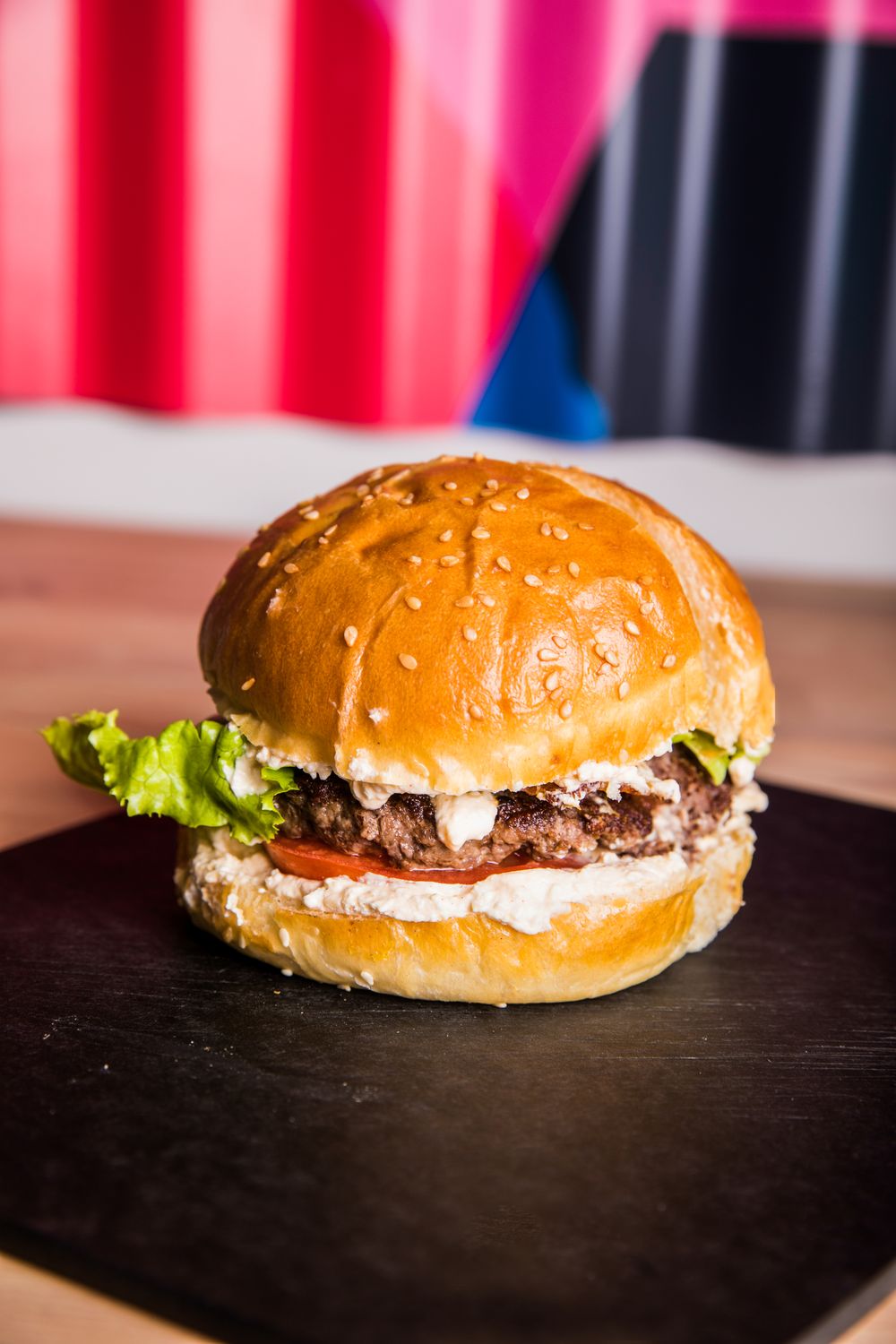 The menu is served from 12 pm – 7 pm, except the Purger Burger and tacos, which are served until 11 pm.

“From 7 pm, we transform from a bistro to a bar with tacos and the burger. I have also created 3 cocktails on the menu. Cocktail No.1, Antique Special, is made with the old Croatian liqueur Antique Pelinkovac, squeezed lemon and orange juice. I make my own infused gin with hibiscus and a few more botanicals that are marinated in a gin base for one month. With the infused gin we make a T&T infused gin & tonic. Market Agrumi gin & tonic is made with gin made mainly from orange and lemon peel and squeezed lemon and orange juice,” Fran adds. 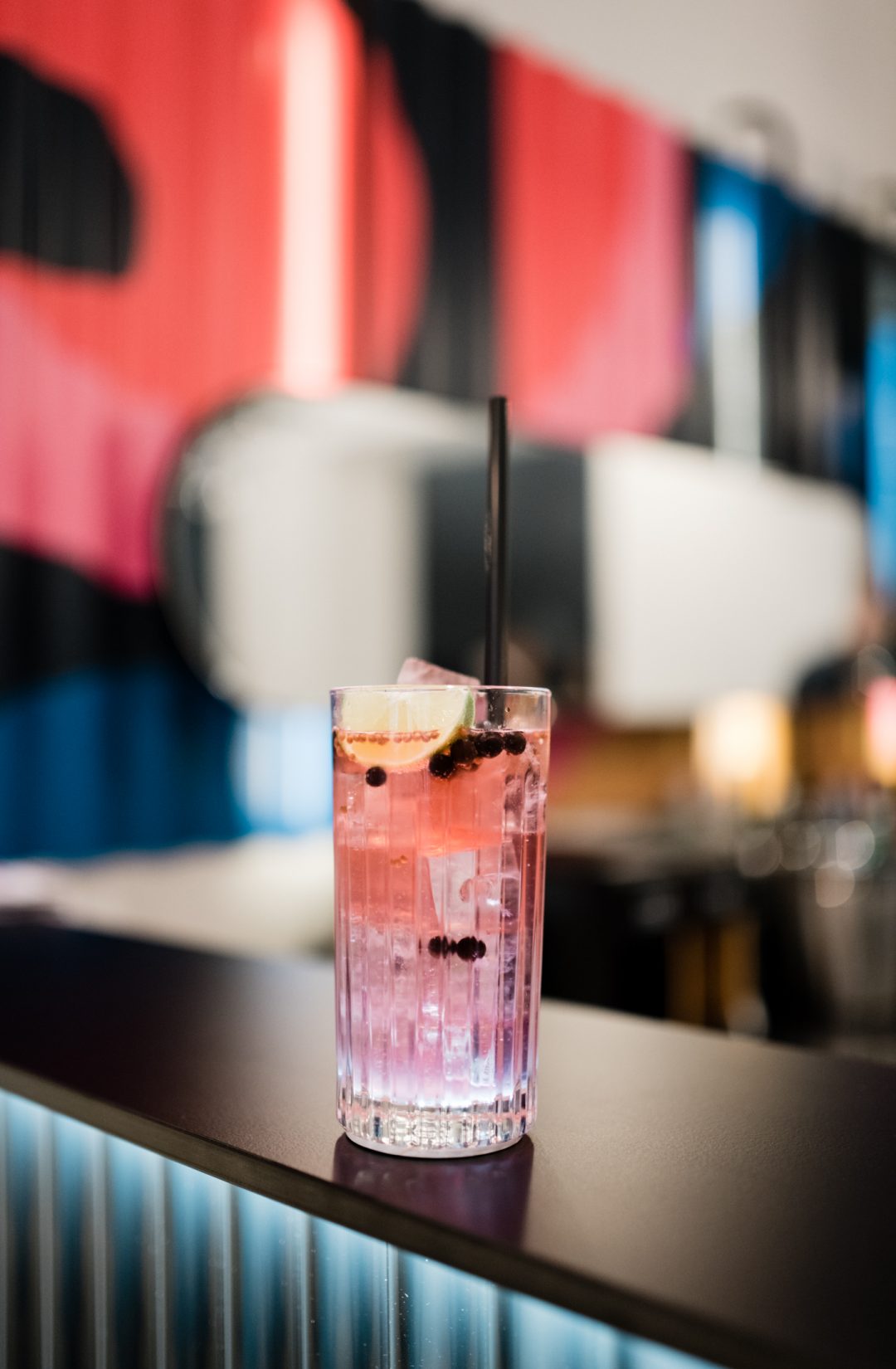 Market, which is open seven days a week, has been busy since opening its doors earlier this month.

You can find more info about opening hours and the menu on their website.