Home » Business » Mario Ančić: From Wimbledon to Wall Street and one of Croatia’s biggest investments 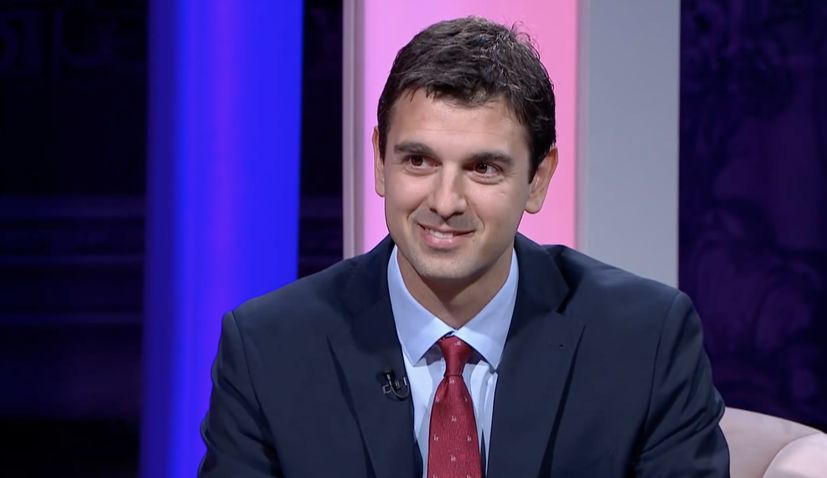 Former Croatian tennis star Mario Ančić, once world number 7, retired from the game due to health reasons back in 2011 at the age of just 26.

Today the 37-year-old is working on Wall Street in New York at an investment bank which has just brought one of the biggest ever investments to Croatia.

After his tennis career, which saw him win three singles titles, the Davis Cup and an Olympic bronze medal, he continued his education and became a partner in a large investment fund that last year recapitalised the Croatian IT company Infobip with $300 million.

“Croatia has two unicorns, Rimac and Infobip, while big countries like Italy and Russia do not have any at all. I know that Croats know how to be critical of themselves, but in this world of the private sector it is necessary to say how things stand. We are now the third in the world in terms of the number of unicorns in terms of GDP, when we have another one, we will be the first in the world,” Ančić told Tončica Čeljuska on the HTV show ‘U svom filmu’ where he was a guest last night.

Ančić has smoothly made the transition from being one of the most promising young tennis players in the world to an investment expert on Wall Street.

“The journey is interesting, it was often difficult, my life changed from the very core. As an athlete if you want to be the best, and that was my goal, you have to focus as much as possible and give to it. If someone had told me ten years ago that I would later be at an investment bank, working on Wall Street, that I would be working in an investment fund, I would have told him to apply to psychiatry somewhere because in my world then the only thing was: the next grand slam, next Olympics, next tournament, preparations, how I can be better, conversations with coaches,” Ančić said, before adding.

“Sport was my life until I was 23 when there was an injury, an illness and then one transformation into something completely different begins. A few years where I was more in hospitals and rehabilitation centres than on the battlefield for what I did. Until the very end, that is, towards the very end, I believed that this possibility of recovery and a return to the top level for which I worked was possible. However, at some point you have to be honest with yourself and tell yourself it’s time to move on to something else.”

Ančić tried to explain how it felt as a 23-year-old when Boris Becker says you are the “future of tennis,” and you then find out you have been diagnosed with mononucleosis.

“I wasn’t aware at the time, let’s go back first, my way of thinking is to be the best I can be. To strive for that perfection, to strive for victory and there I was ruthless towards myself in training and that pushed me, that was my kind of goal. I was in Sydney at the Olympics, as the youngest member of the national team, I was in Athens, I won a medal and somehow I always imagined that at the end of my career I would have competed at five Olympics. It was kind of my “driver”. When it all happened to you, I approached it sportily, okay, we have a problem and we’re going to solve it.”

Ančić discovered that he had problems with the heart, thyroid and mononucleosis.

“When you operate, like Ivica Kostelić did when he was among the top Croatian athletes, when you operate on the knee or back, you start training straight away. You are going through serious pain, but you are aware of it and you are going through it, so you are training. Not much has changed in your life. If you used to train for eight hours on the court, fitness, gym, whatever, then you can’t play tennis at the moment, but you’re in the gym again, doing rehabilitation, swimming, everything you can. However, when you have a health problem, you can’t do anything. You have to be careful, listen to the doctors. When I was 23 and when I was eight hours a day in training, matches, either tennis or fitness training, I was forced to lie in bed for a year,” he revealed. 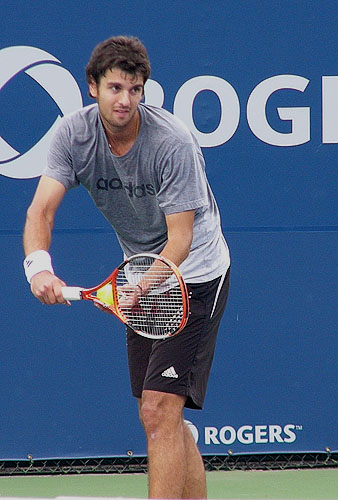 The Split-native says regardless of his “new career”, he is still friends with some of the world’s top tennis players.

“I am still friends with all of them because we have known each other since the cadet days, especially people from the former state had a very similar upbringing, very similar conditions, that is, the family stood behind you a lot. For example, if it weren’t for my family in tennis, the support and love they gave, I would never have been able to make those strides because my sister and brother and I were on the tennis team at the same time, so we are a tennis family. I am proud to have been a part of that generation that was the best of all time,” he said, recalling times when he played with greats like Novak Djokovic, Rafael Nadal and Roger Federer.

“On the sport side, it impressed me that I fought with them, that I played with them, that I beat them, that I lost, that there was a fight with them, that I was at the very top of that sport. Later, friendships and socialising come out of it. We had a similar rhythm. In tennis, your season lasts almost eleven months, from the Australian Open in the first month to the end of the year’s indoor tournaments so we’re all more or less in similar tournaments and no matter what you play against each other, after years and years of it yet you realise that it’s one thing to be on the field and be a professional, and it’s another to be off the field where you can go out for a drink and eat dinner.”