Stars of English Premier League team Manchester United recently revealed their pre-match playlists, and surprisingly one Croatian hit was among them.

Daily Mail revealed the playlists that pump up the Manchester United stars in the dressing room pre-match.

Schweinsteiger’s playlist had Michael Jackson’s ‘Man in the mirror’, ‘Down under’ from Men at Work, Mariah Carey’s ‘We belong together’ and Severina’s ‘Uno momento’ on it among other tunes. 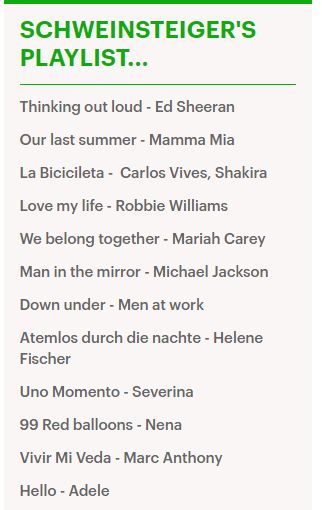