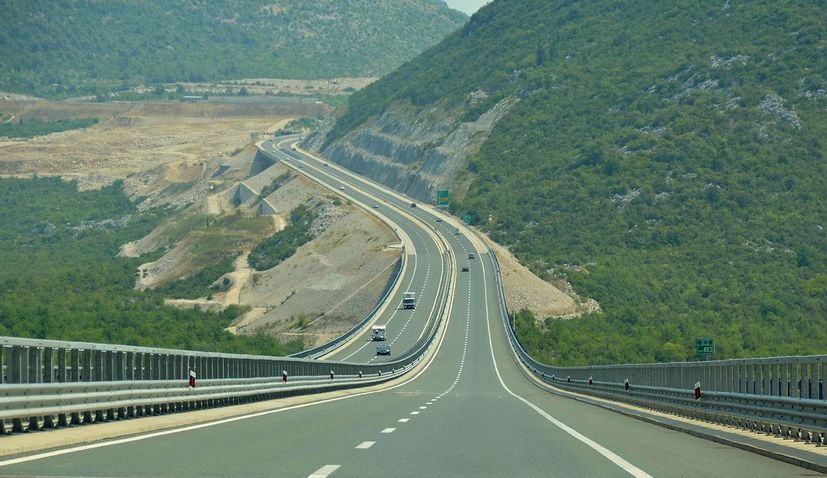 ZAGREB, April 24 (Hina) – Big infrastructure projects in Croatia are continuing despite the COVID-19 epidemic, Sea, Transport and Infrastructure Minister Oleg Butkovic said on Friday while touring a section of the Istrian Y motorway between Pazin and Cerovlje, which is under construction.

He said work on the motorway section would be completed six months before the deadline despite the situation with the coronavirus. The section should be opened to traffic in the summer and an additional 17 kilometres of the section to the Ucka tunnel are expected to be completed by mid-2021, said Butkovic.

“I expect the tunnel, together with the Kvarner rest area, to be opened by the tourist season 2024,” said Butkovic.

He said the 28-kilometre Pazin-Ucka Tunnel section was a major challenge for contractors because it included the construction of 31 structures – flyovers and viaducts – and a new rest area.

The project is currently the biggest construction site in the country, involving more than 700 workers and around 200 machines.

The minister noted that the project confirmed that despite the current epidemic, major infrastructure projects were going on, and in that context he announced the signing of a contract for the construction of a highway section running from Osijek to Beli Manastir.

“Big infrastructure projects are going on and that gives us reason for optimism and hope that those projects, which account for a large portion of Croatia’s GDP, will help the country cope well with this difficult economic situation,” said Butkovic.

The Istrian Y motorway is the first road infrastructure project in Croatia based on the model of public-private partnership. Since its beginning the project has cost €800 million. It is the arterial road of the northern Adriatic peninsula of Istria, with 10 million vehicles annually. In addition to the existing 100 kilometres of a full-profile motorway, in late 2018 the construction of the full profile of the Pazin-Ucka Tunnel section continued.

The total value of the section is €160 million.