Home » Entertainment » Magic Johnson praises Croatia as he returns home: ‘The food was fantastic and the country is just beautiful!’ 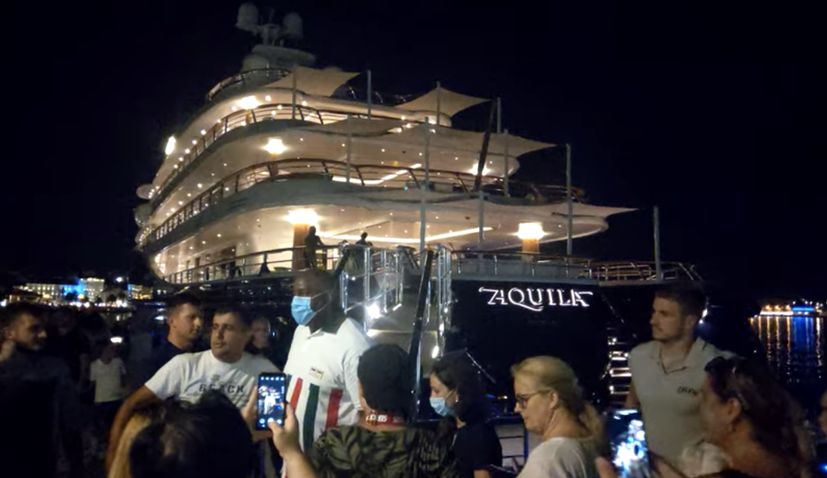 After spending more than a month holidaying on the Croatian coast, American basketball legend Magic Johnson has returned home to the United States and was quick to recommend everyone to visit Croatia.

Johnson had nothing but praise for Croatia as he took to social media after returning home.

“Cookie and I just got back from Croatia and we highly recommend it to anyone! The food was fantastic and the country is just beautiful!, Johnson wrote on Twitter as he posted a photo of the boat he holidayed on docked at the island of Korčula.

Cookie and I just got back from Croatia and we highly recommend it to anyone! The food was fantastic and the country is just beautiful! pic.twitter.com/H4lsSjhvDv

Johnson and wife Cookie have arrived in Croatia at the start of August on the $150 million luxury Aquila. After arriving in Split, they took in a number of sights along the coast, like Krka National Park, as well as the islands of Hvar Korcula and Vis.

Towards the end of his stay, the couple visited the island Lokrum and Dubrovnik.

Johnson and his party were impressed with the food at popular fish restaurant Gariful on the island of Hvar and he described it as one of his best experiences.

The most charismatic basketball players and the best playmaker of all time visited Gariful Restaurant. We will describe him as a man who has an infectious smile and a killer mentality that made him the leader of one of the best and most attractive NBA teams of all time, the famous Showtime Lakers. Of course, we are talking about Earvin “Magic” Johnson. @magicjohnson Magic Johnson, thank you for trusting us, and we are looking forward to your coming again because you won us over with your charisma and smile. READ MORE ABOUT HIS VISIT TOMORROW ON OUR BLOG POST ❤️ #gariful #magicjohnson #hvar #islandlife #islandhvar #nba #lakers #basketball #basketballplayer #exclusive #lakerslegend #nbaplayers #magic32 #croatiafulloflife #restaurantgariful #luxuryhomesgariful #hvarcroatia #hvartown #vip #celebrity

A post shared by RESTAURANT GARIFUL (@restaurantgarifulhvar) on Aug 3, 2020 at 2:23pm PDT