Home » News » Made in Croatia: Island to Go 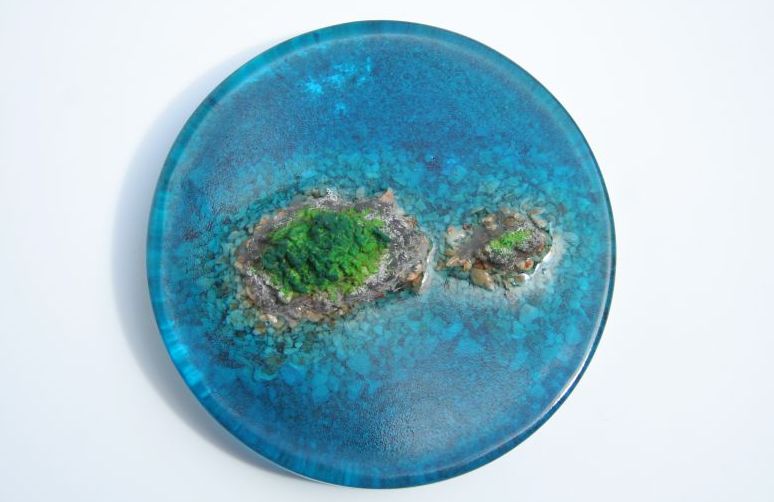 There have been a number of new, creative souvenirs coming out of Croatia lately as budding entrepreneurs try to capitalise on the scorers of tourists visiting the country…
One which is starting to create some interest is sculptor Luka Mimica’s ‘Island to Go’ souvenir, which recently came third in a start-up competition in Solin.

So what is ‘Island to Go’? Well, it is exactly what the name suggests. Mimica creates ‘islands’ from epoxy resin, which one can take away with them as a memento of their visit to Croatia.

“A few years ago I discovered epoxy resin as a material, with a lot of practice, that could be used to create a number of things. I found ways to control the mass and create an imitation of the sea surface, which was the basis for several series of original works,” Mimica told Dalmatinski portal.

Mimica’s island souvenirs have started to generate some interest and he has already received some orders for them. He hopes to offer them to tourist boards up and down the country.

The souvenirs can be hung on walls

“I have a lot of plans, my goal is to create a new generation of interactive souvenirs which tourists can themselves complete. For starters I would offer a small beach with sand which something can be drawn in to and then it would harden,” Mimica revealed.

Mimica, who also makes other products such as rings, brooches and medallions, says that he does not know anyone in the city of Split who works with epoxy resin, and that he learnt the first steps how to work with the material via YouTube tutorials.