Home » Sport » Luka Modrić: ‘We deserved it, I am happy we are off to the World Cup’ 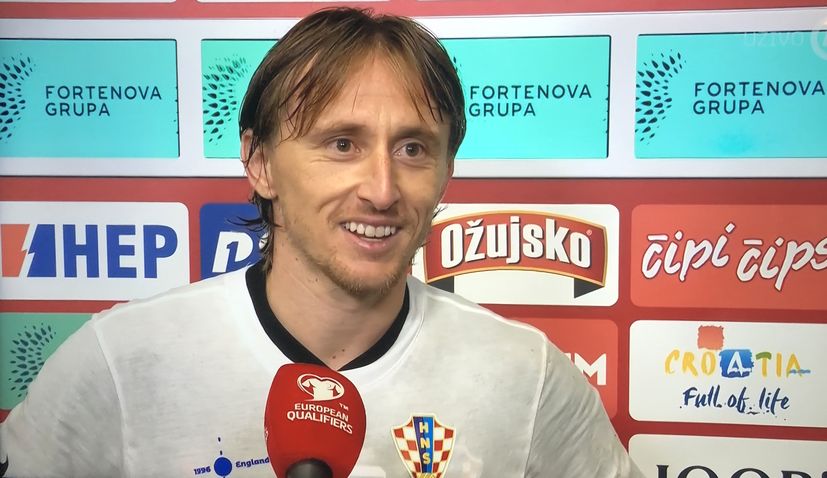 Croatia has qualified for its 6th World Cup finals on Sunday after a 1-0 win over Russia to win qualifying Group H.

An own-goal in the 81st minute was enough to give Croatia victory and a spot at the 2022 World Cup in Qatar. Immediately after the match, Nova TV spoke to a few of the players and coach Zlatko Dalić to get their first reactions.

First was captain Luka Modrić, who is now off to his 8th major tournament with his country.

“We definitely deserved it. It was a difficult match and it was a shame we couldn’t open the game early with a goal but in the end we deserved the win. We were patient and believed in ourselves. I am happy that we are off to the World Cup, it is a special feeling and I am happy we are there. We have a year to prepare and be at our best in Qatar. Will I lead Croatia in Qatar? Ha ha I don’t know what would have to happen for me not to.”

“Congratulations to the players for a great game and qualification, but not just today but for the whole campaign. Congratulations also to the coaching staff and federation, including former president Davor Šuker, and with my heart, all the fans. You are our strength and energy. I am happy and proud and today was one of my nicest sporting moments of my life. We have a wide range of players to select from now but it will be nothing without the older, experienced players there. We have time now to prepare and we will get better.”

“We deserved the win. From the first minute we showed initiative and fight. For me it was best match where we showed fight on a tough pitch, we didn’t give them any rest and deserved the goal in the end.We showed character and fight and thanks to the fans who came out in big numbers, it was easier with them.”

We are a team who like to complicate things for ourselves but we are the strongest when its the toughest.

“We played well considering the conditions and we hope the fans enjoyed it. We knew we would score and that we would qualify for Qatar. I am living my dream, I think I am playing well because of the whole team. We are getting better with each match so we will even better in Qatar.”

“We believed in ourselves. It was not easy, we played two games in a few days but we believed for the whole 90 minutes and we knew we had to be patient and it paid off. We deserve to qualify for the World Cup. The conditions helped Russia but we prepared well and knew we would have to play the whole 90 minutes and be patient as Russia don’t concede many goals.Thanks the coaching staff for having faith in me and it was good to get an opportunity to show myself.”