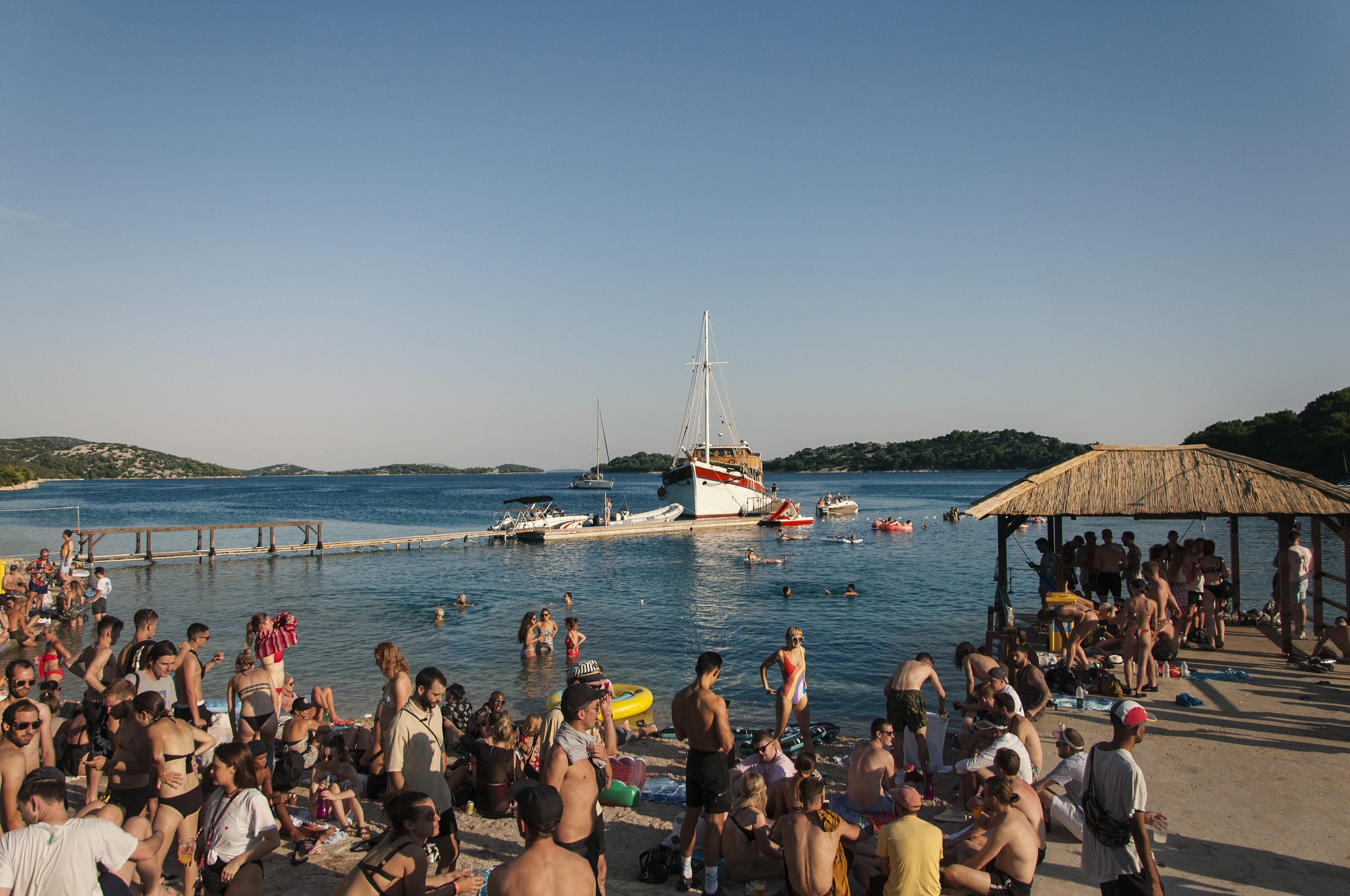 One of Europe’s defining music odysseys, Love International, is back in July 2019 for its 4th season and has now revealed the first wave of artists joining in the magical week.

Love International is a sublime week-long affair which defines the essence of a holiday and festival merged into one beatific week. Nestled away amid sprawling pine trees, rocky outcrops and crystal-clear Adriatic waters in Tisno, music lovers and adventure seekers from all over Europe and beyond unite for a truly magical week under the sun and stars, weaving together a genuine sense of community, kinship and connection into all who attend.

The festival encourages artists to experiment and embraces a peerless array of sounds and styles across a scintillating spectrum, from disco, house and techno, through to dub, reggae, funk and Balearic, taking in locations including intimate beach-side dancing, pulsating boat parties, the mesmeric Olive Grove, Garden Stage action and the iconic open-air club, Barbarella’s. These are the first artists revealed to be performing in these hallowed spaces. 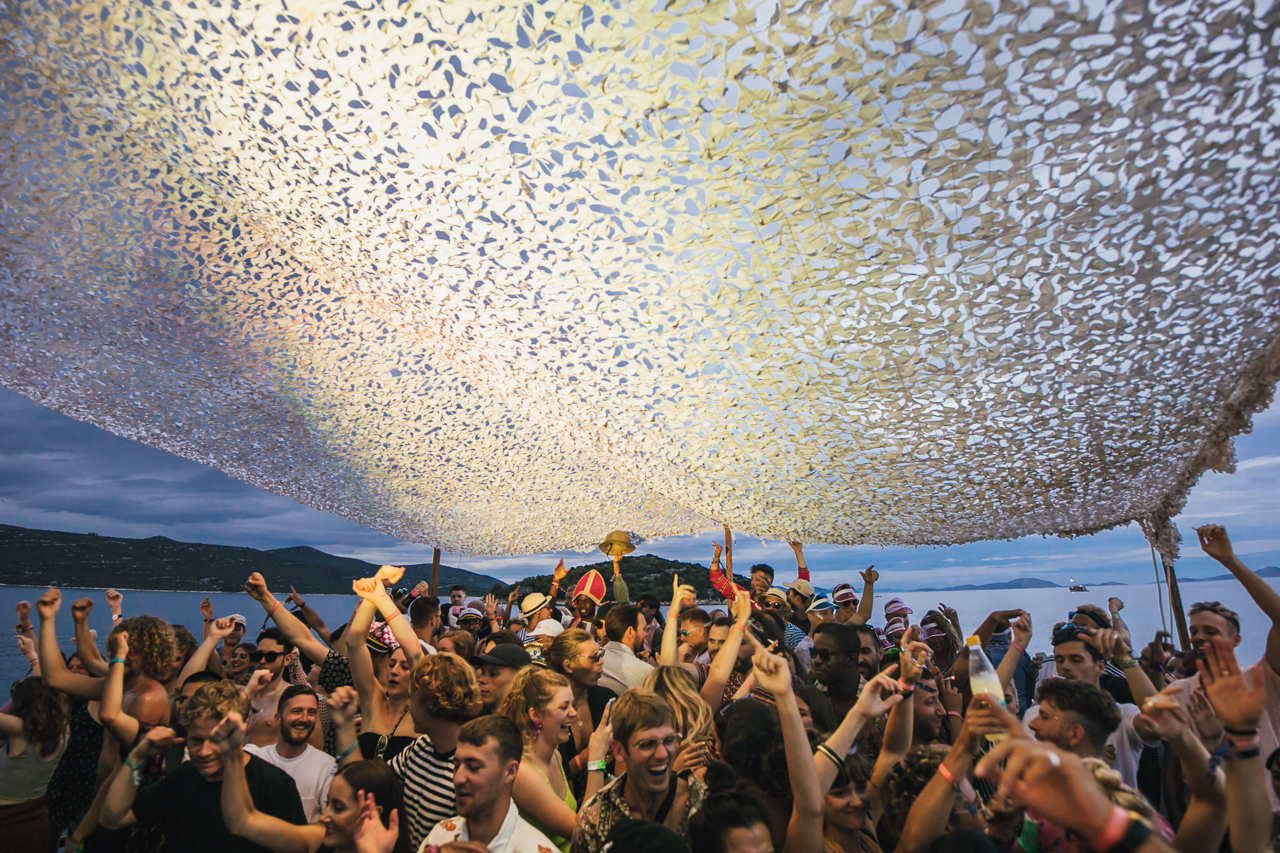 Ben UFO is an outright electronic music pioneer. A decade on Rinse FM, one-third of Hessle Audio and an annual Love International fixture, he knows the festival intimately. And Andrew Weatherall is a legend in every sense, playing for the first time at the festival. From Boys’ Own to Shoom filtered through Two Lone Swordsmen, he has worked with everyone from New Order to Primal Scream to Villalobos. His extended sets capture a deeper and more spiritual experience. Next up, Harry – aka Midland – is a Love Int icon, with his genre-weaving and joyous back to back sets bring a raw sense of abandon each time, whilst Shanti Celeste is a veteran in four to the floor dance music, cultivating house, techno, garage and electro classics. Beautiful Swimmers’ cult following savours their richly textured odysseys, through to Love Int faves Horse Meat Disco bringing buckets of dazzling disco and amped-up house, to a techno innovator of sublime electronic beauty, Call Super. There’s a debut from Nicolas Lutz, whose sets deep with rich detail, and Ivan Smagghe is a DJ’s DJ pure and simple, making a very rare Croatian appearance. 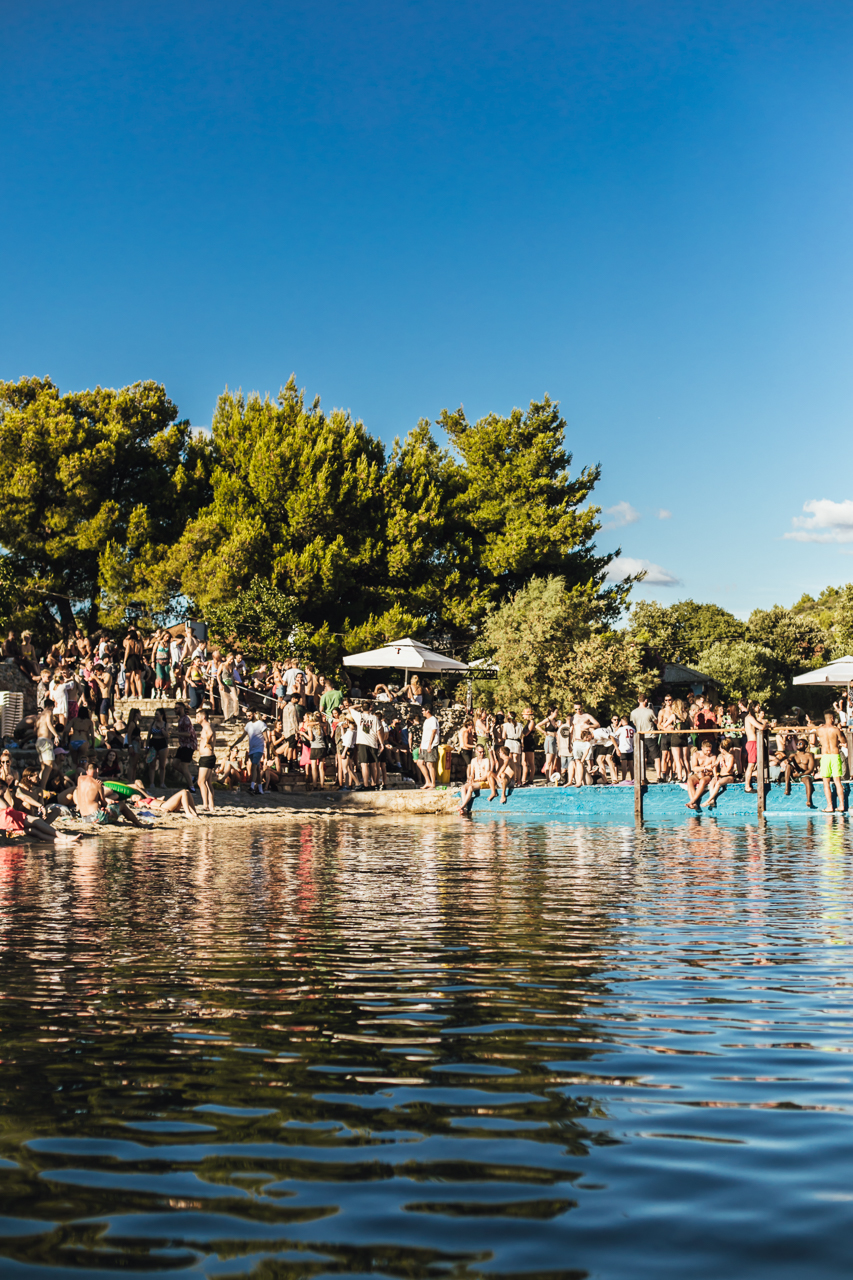 DMX Krew has over twenty-five years of electronic music innovation, a prominent artist on Aphex Twin’s legendary ‘Rephlex’ imprint and also the founder of both Breakin’ Records and Fresh UP. NTS’s Moxie is champion of independent dance music, and Ruf Dug brings the leftfield – expect dusty analogue disco dreamers and poolside Balearic belters. Saoirse is one of the most revered spinners around, whilst co-founder of Red Light Radio, Orpheu The Wizard, is a key figure in Amsterdam’s underground music and makes his debut.

Rinse FM’s Josey Rebelle is a Sunday morning purveyor of quality electronic music and hangover; she joins the dots between house, techno, disco and more, and Powder is a Love Int legend in the making after her boat party performance. Then four further debutants line up: Lithuanian native Manfredas is behind the seminal Smala party at Opium Club; CC:Disco is a Melbourne native channelling modern soul, house and boogie; Ciel is a DJ, producer, radio host, creator of Toronto’s Work in Progress party series, and co-founder of collective It’s Not U It’s Me; Justin Cudmore is a stalwart of the Wrecked, Queen!, Horse Meat Disco, Hot Mass and Club Toilet parties, and a member of the NYC Bunker Crew; and Willow is one of the most compelling producers to arrive in the last few years. Finally, Gatto Fritto is back, the esteemed curator of the first Sound Of Love International compilation released earlier in the year. 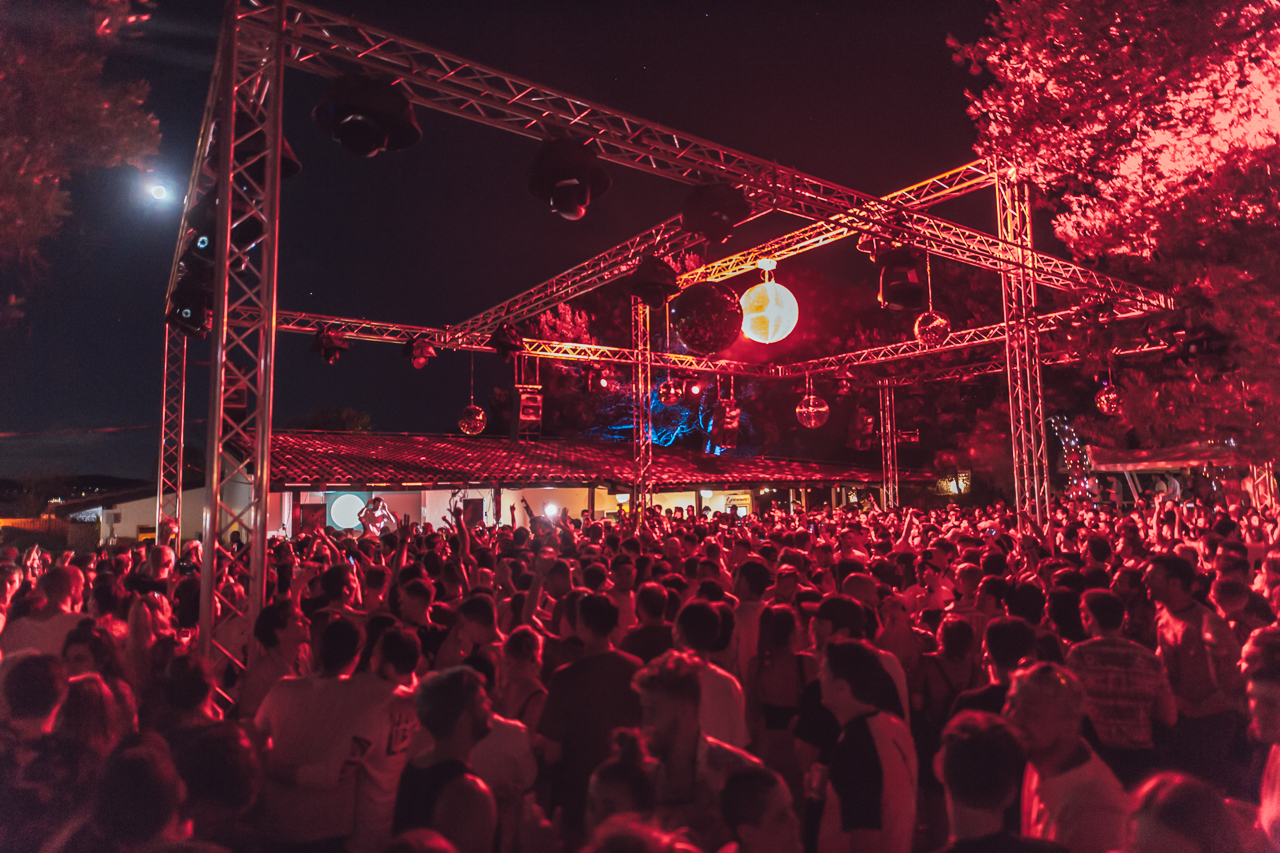 Tom Paine, one of the festival’s co-founders, explains: “We are all immensely proud of our first names for summer 2019 in Tisno. It’s a really great mix of debutants, old faces and new friends coming to join us for our 4th year. We also are fully committed to developing the sense of community which really bloomed this summer, we want everyone who comes to feel unity and to feel free. It’s really important for us to keep exploring new sounds at the festival – for example the dub, reggae and Sunrise Sessions will be enhanced again for 2019. This year we invested more in the production too, especially at the Beach Stage where we moved the booth down to the water level, making it much more intimate. We also enhanced the Garden Stage and added extra detail across the whole site. We will be enhancing this even further next year.” 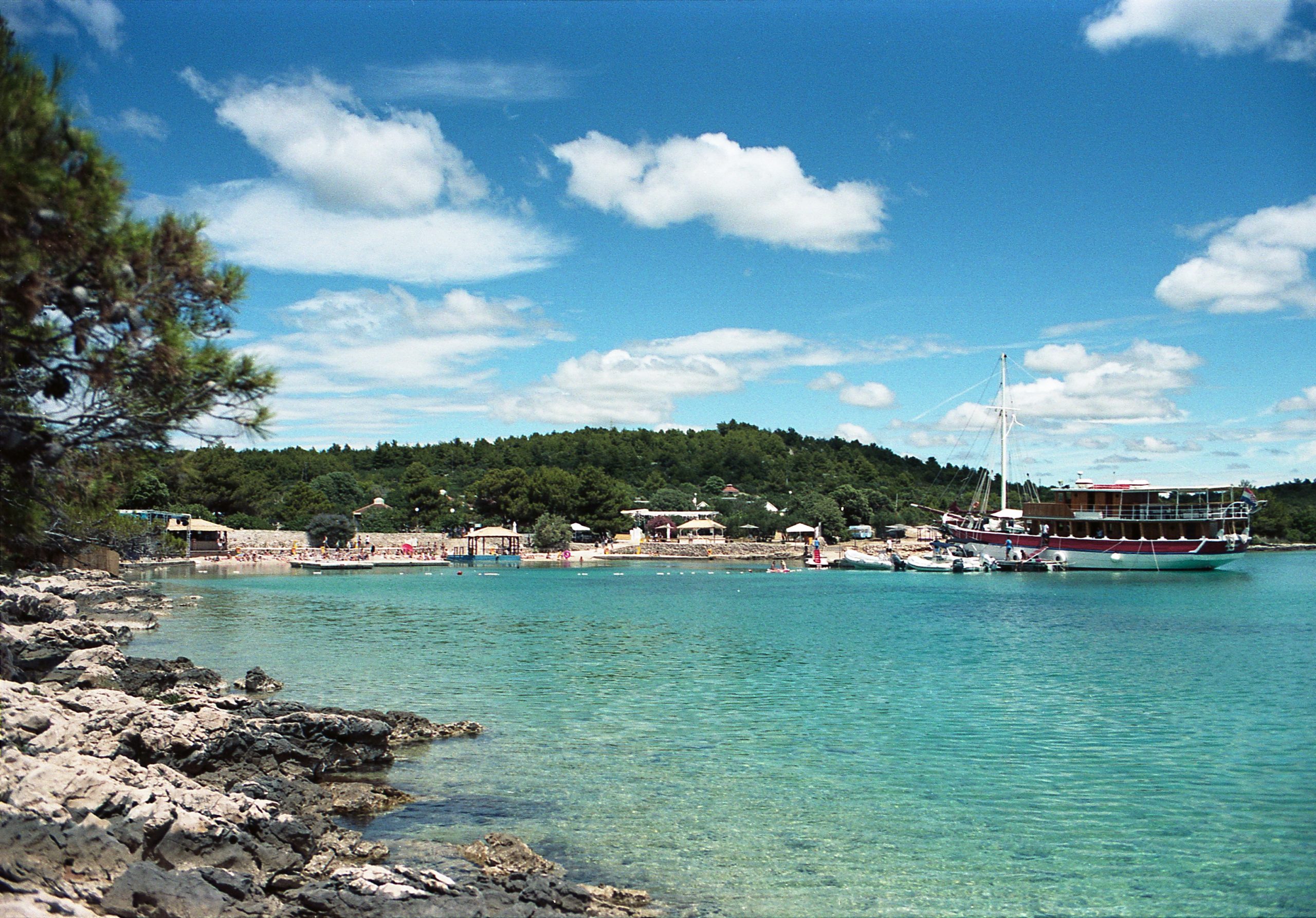 For anyone wanting to relive some of the standout moments from earlier this year, check out these NTS mixes here: https://www.nts.live/shows/love-international-2018, Sets are from Shanti Celeste, Ben UFO and Craig Richards, Daniele Baldelli, Khruangbin, Begin, Powder and Lexx. 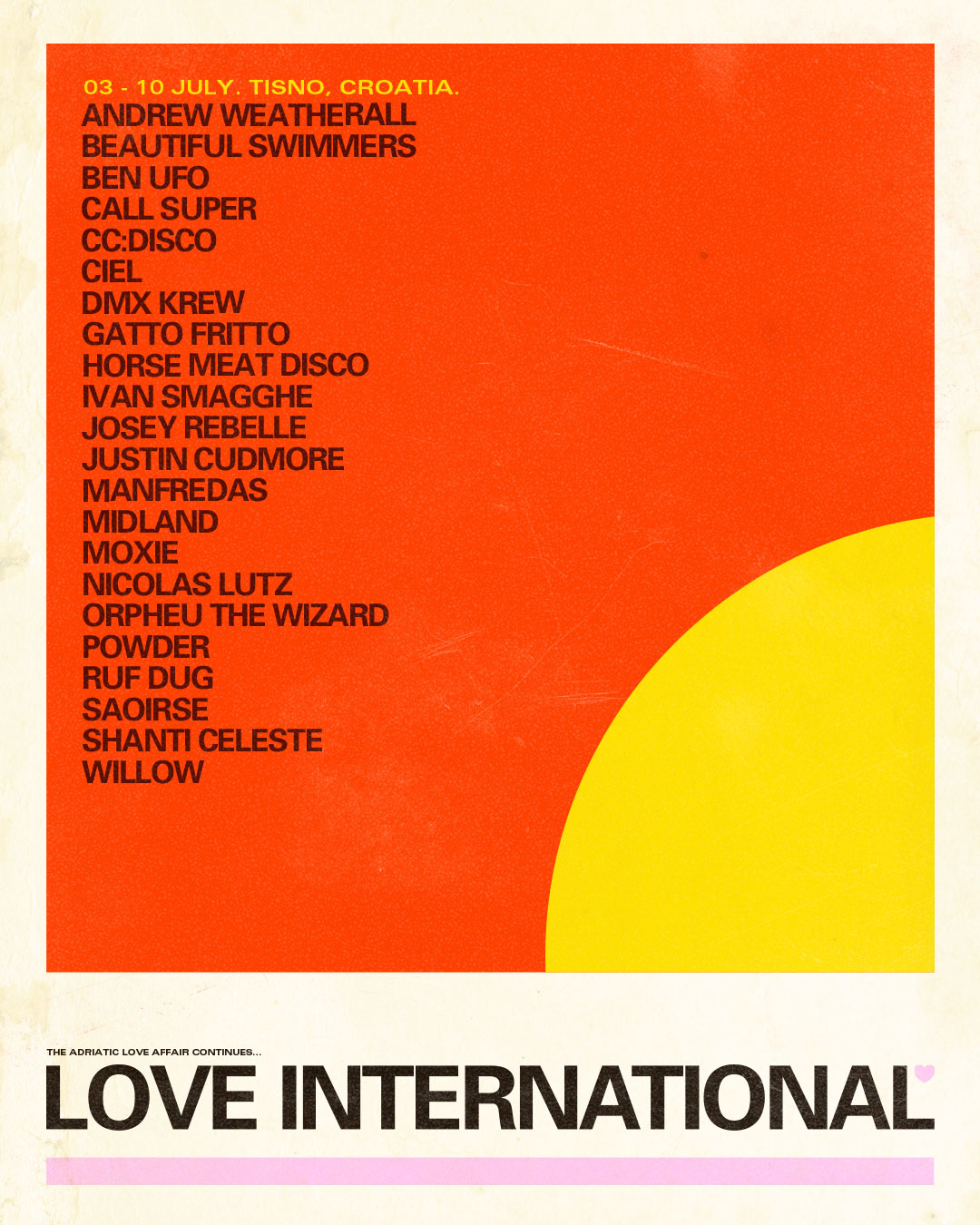