One of the world’s most popular travel guides, Lonely Planet, has released its prestigious ‘Best in Travel 2019’ guide, which contains recommendations on destinations to visit in 2019.

The Croatian city of Zadar has earned a spot in this year’s guide, featuring the top 10 cities to visit in 2019.

“Zadar has risen from the ashes of its war-ridden past and blossomed into a spirited cosmopolitan city. Wander through the Old Town’s warren of bright marble streets to discover cool bars and laidback cafes, ancient Roman ruins, innovative museums and rustic, trattoria-style restaurants. The true phoenix of Zadar’s transformation is its imagination-stirring waterfront promenade, where scores of locals gather to listen to the magical chimes of the Sea Organ or bask in the mesmeric illuminations of the Sun Salutation. Zadar’s small stature instantly connects travellers to the local life and culture, with any fears of claustrophobia soon dispelled by those sweeping Adriatic vistas,” writes Lonely Planet.

Kristijan Staničić, director of the Croatian Tourist Board congratulated Zadar and all those involved in the tourism sector in the city on the success.

“The inclusion of Zadar on the list of the top city destinations for 2019 is a great satisfaction for Croatian tourism. It is also a confirmation of the quality Zadar offers and the reputation that Zadar enjoys in the world. In cooperation with local tourist communities, we intend to use this recommendation for the implementation of additional promotional activities aiming at an even stronger positioning of Zadar, the Zadar region as well as Croatia as a whole,” Staničić said. 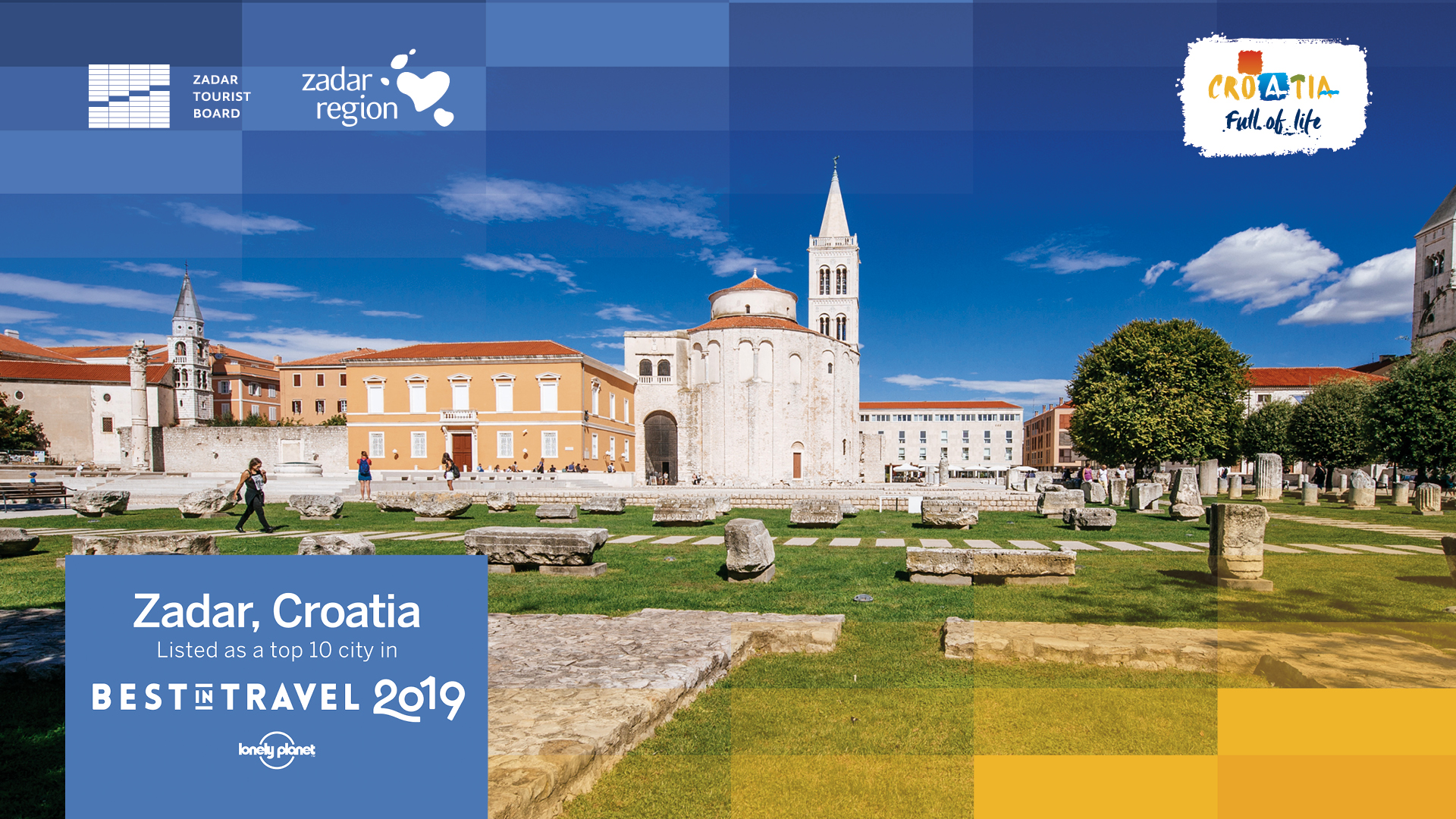 Mihaela Kadija, director of the Zadar County Tourist Board said the announcement will have positive promotional effects.

“Last year’s Lonely Planet campaign reached a total of three billion people and promotional videos were viewed over ten million times, while social networks accounted for more than one million interactions. These results suggest that the naming of our region will bring world travel lovers closer to Zadar and Croatia,” said Kadija.

The process of selecting the best destinations and travels includes a team of experts and members of the Lonely Planet community, which through a string of strict criteria choose the best of the best in different categories. Zadar has been selected as one of the ten most desirable cities in 2019. The list also features Copenhagen, Shēnzhēn, Novi Sad and other cities around the world. 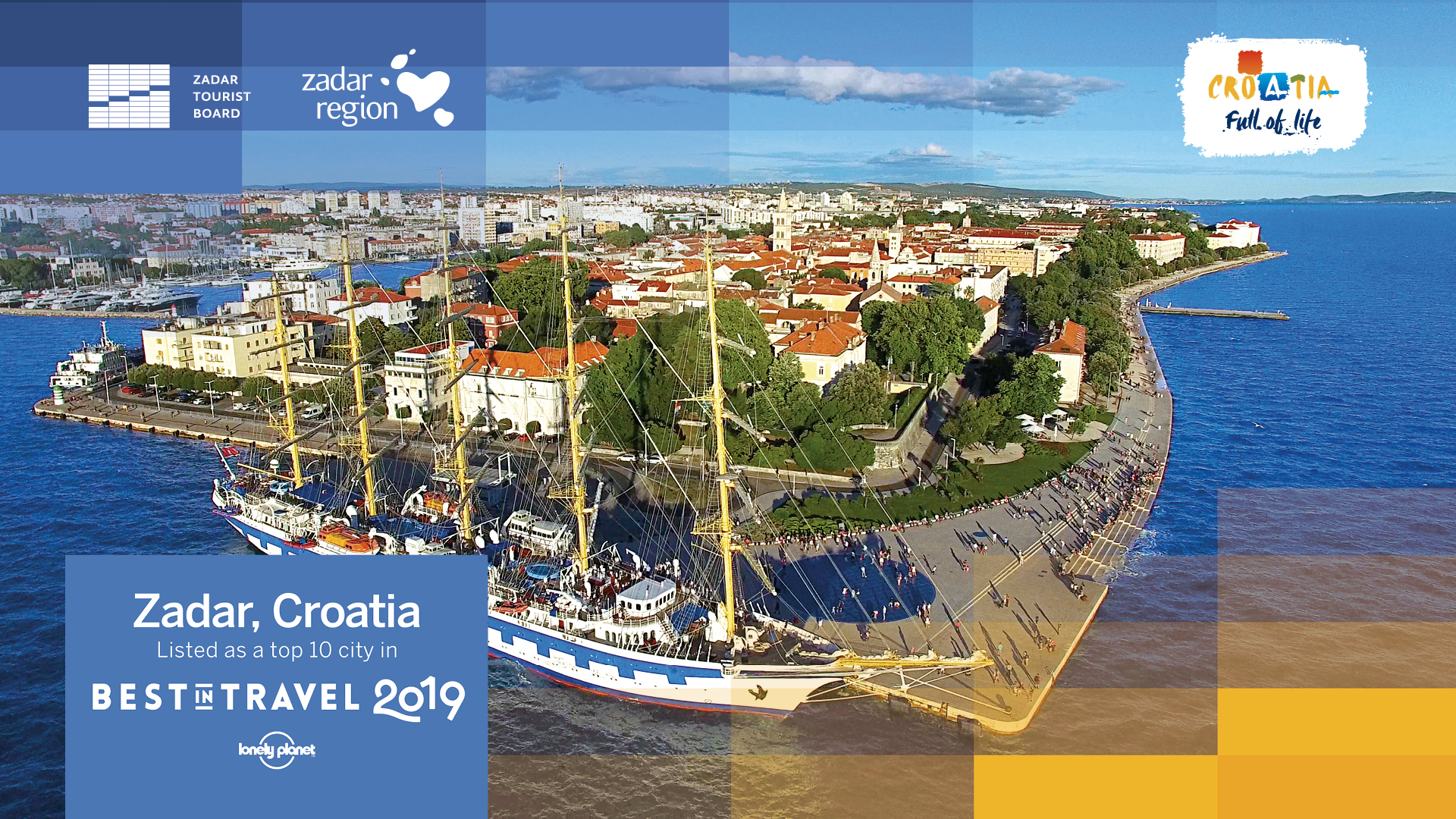 “We are exceptionally proud of the award for our city of Zadar! The city is recognized by eminent tourist experts and one of the most influential world leaders and is confirmation that we are heading in the right tourist direction. This year’s Lonely Planet award will definitely help Zadar be a top world tourist attraction,” said Mario Paleka, director of the Zadar Tourist Board.

You can see the Best in Travel 2019 guide here.