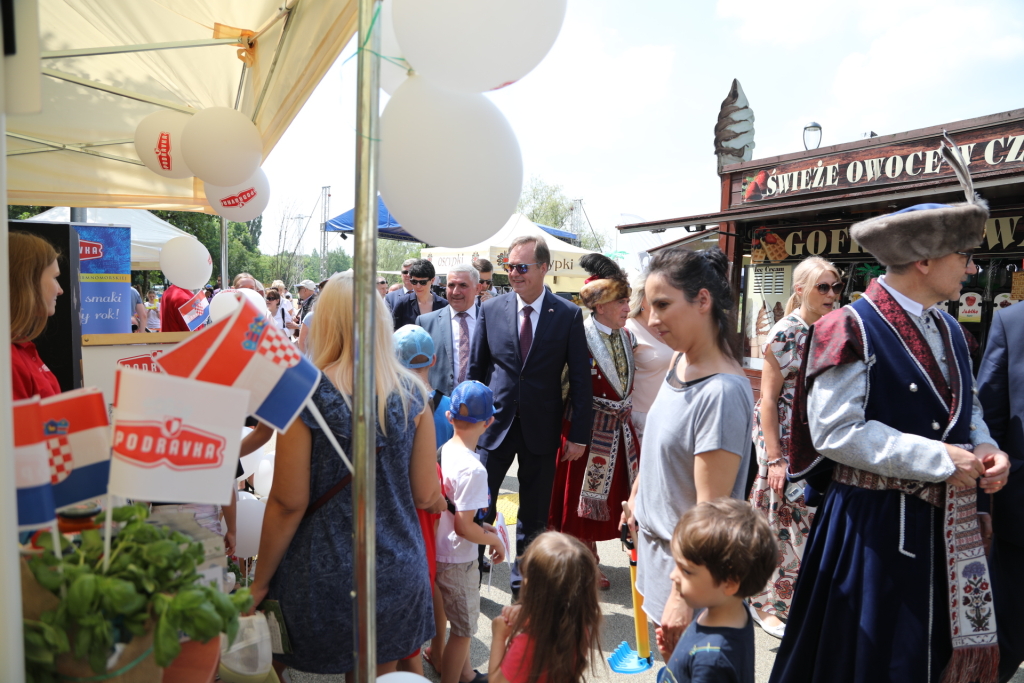 The Croatian Picnic, which was the official opening of Little Croatia, began with a solemn brass brand parade in front of invited officials, guests and Krakow residents. After the official speeches from Honorary Consul Paweł Włodarczyk, who opened Little Croatia Park, the Ambassador of the Republic of Croatia Tomislav Vidosević and the mayor of the city of Krakow, Bogusław Kosmider, guests toured the park which has various attractions related to Croatia. 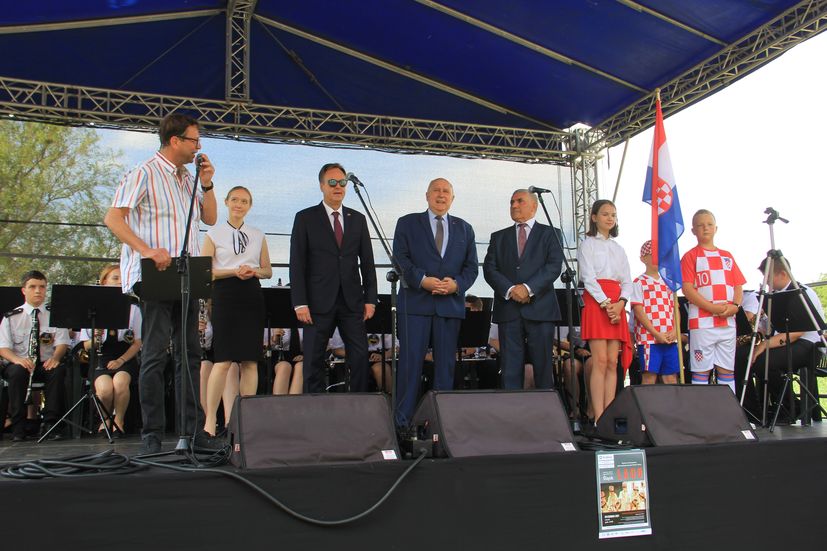 On the stage during the opening of the Croatian Picnic, the Ambassador of the Republic of Croatia Tomislav Vidosević, the President of Krakow Bogusław Kosmider and the Honorary Consul of Croatia Paweł Włodarczyk

While walking along Croatian Promenade, the invited guests got acquainted with the plaques with the names of the largest Croatian cities located in the shape of Croatia, on which the emblems of the cities and information about them were placed. They also visited the newly built beach by the water, where they watched sailing competitions, diving shows and a water rescue.

At the stands of Croatian companies

Visitors and residents of Krakow, walking along Croatian Promenade, visited over 20 different stands promoting Croatia, its culture, history and also the possibilities of staying in the country. Among others, there were stands from Croatian food company Podravka, the Croatian Tourist Board from Split and Warsaw, tourist offices, tie manufacturers, and producers of Croatian sweets and other food products. Due to the beautiful weather, the largest queues were at stands with ice cream and cotton candy. 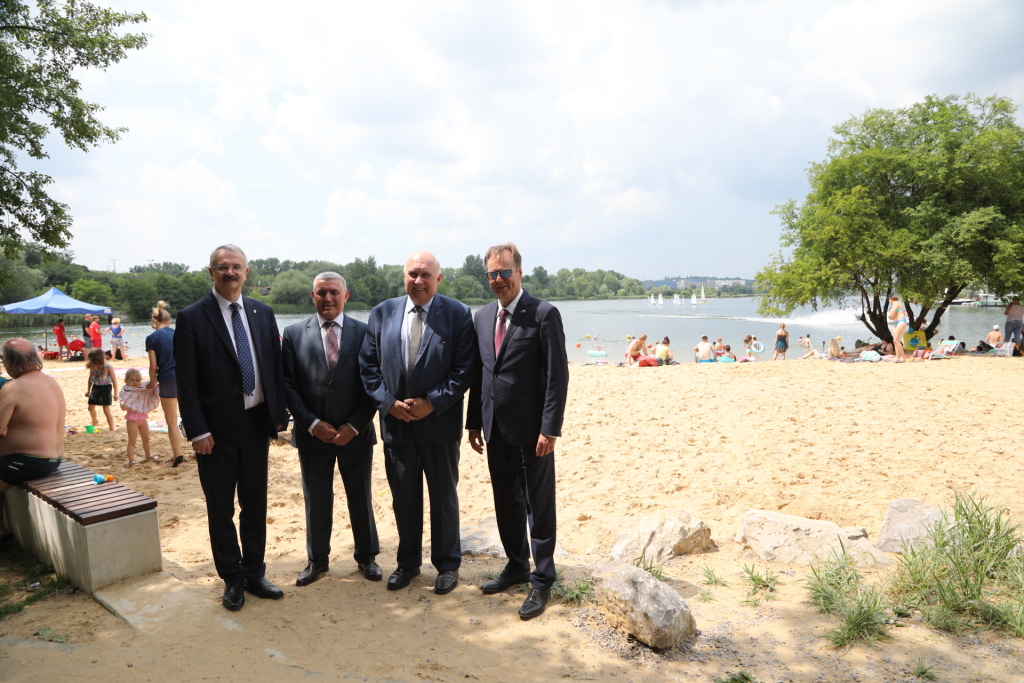 On the beach, the rector of the Jagiellonian University, Jaroslaw Górniak, the Honorary Consul of Croatia, Paweł Włodarczyk, the President of Krakow, Bogusław Kośmider, and the Ambassador of the Republic of Croatia

A lot of interest, especially among children, was aroused at the march of Dalmatian dogs and the funny run by sinister Cruell. Everyone present also had the opportunity to visit the brine graduation tower, for which 7 tons of salt was donated by Solana Pag d.o.o. Thanks to this, in the only place of this type in Poland, everyone will be able to breathe some Adriatic air. From today, a huge multimedia board has been set up on Croatian Promenade, from which everyone can learn everything about Croatia, and also will be able to watch short promotional videos and even listen to Croatian music. 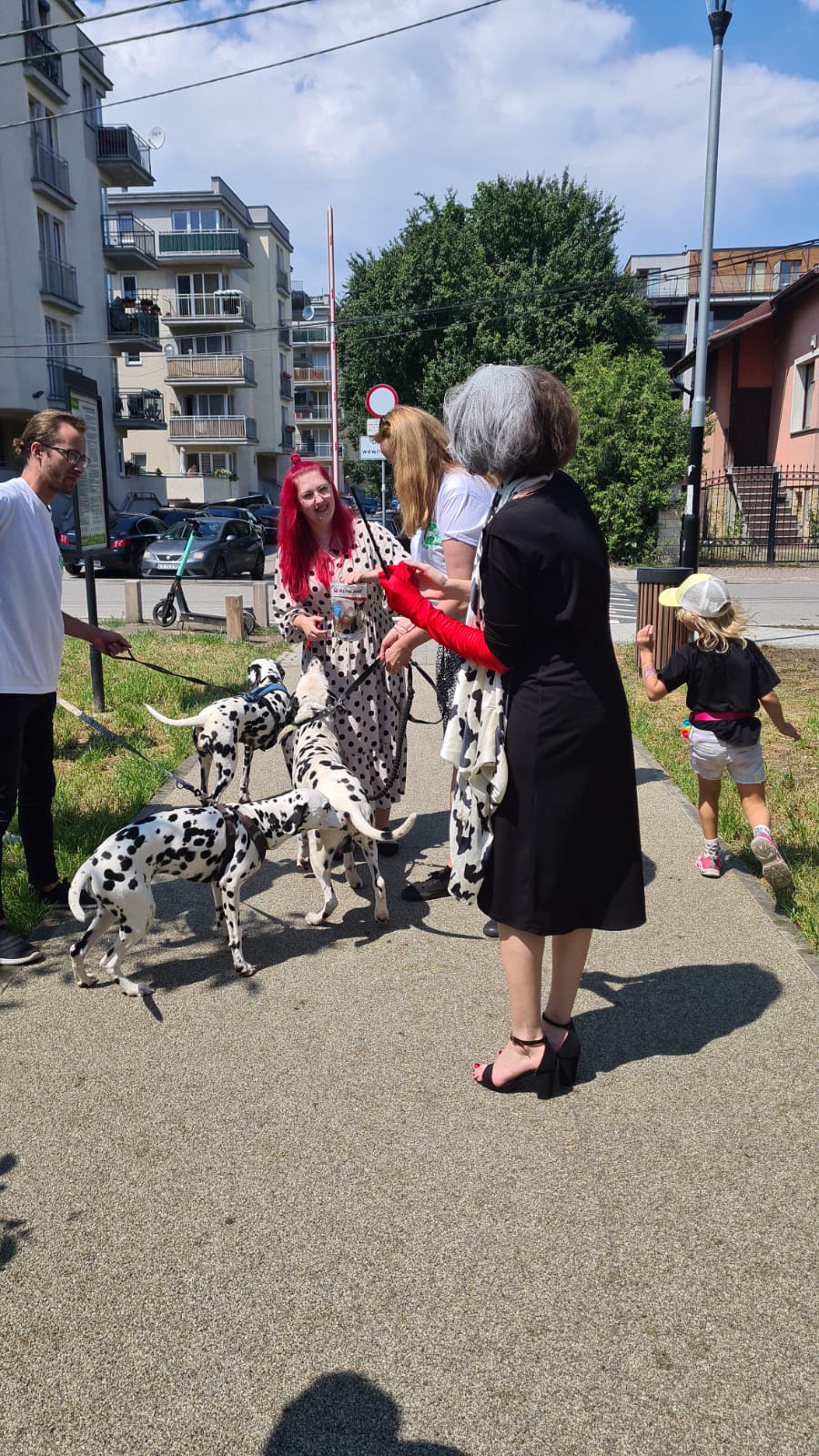 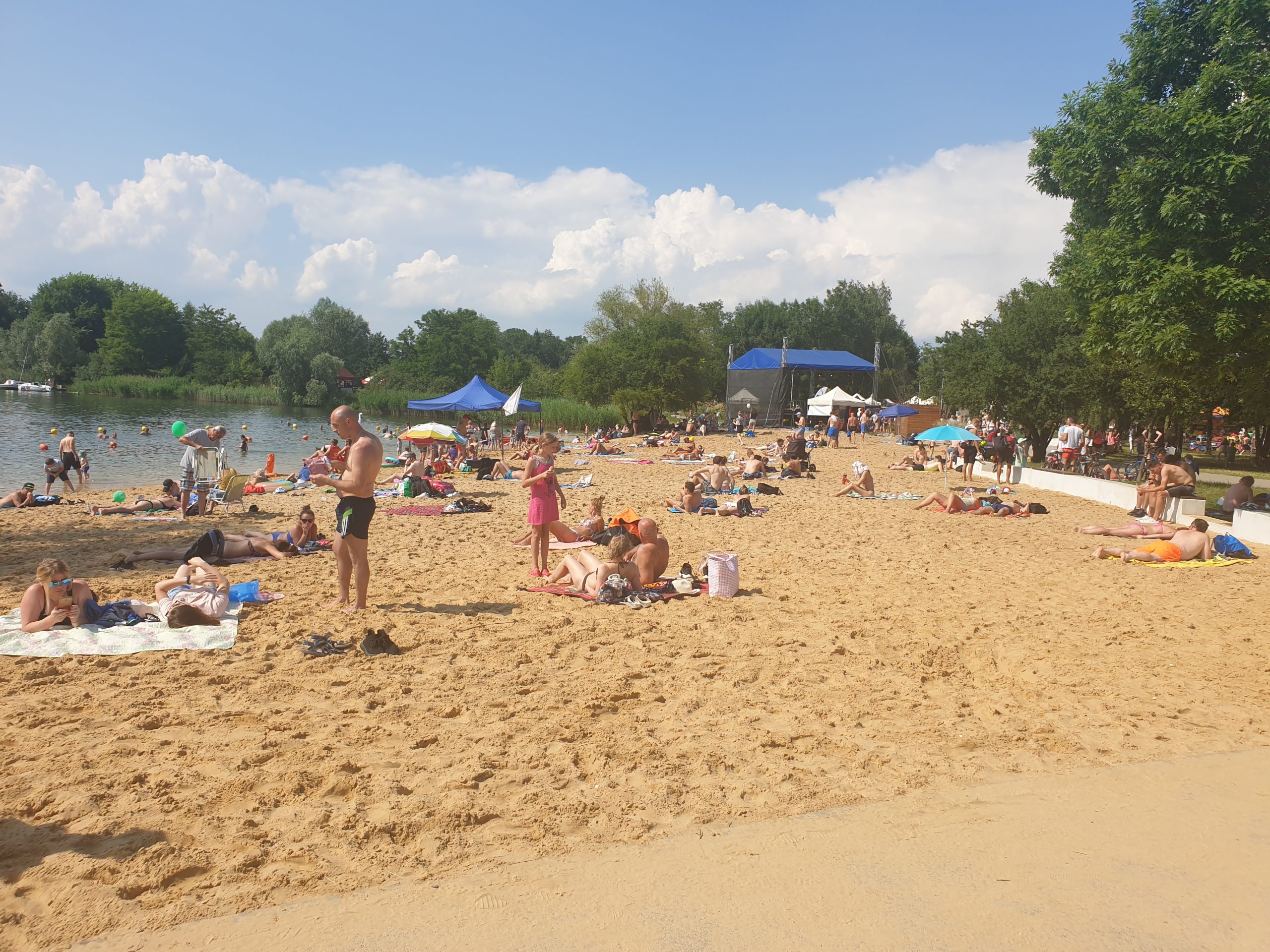 The opening of the Avenue of Croatian Stars, which will ultimately have 24 stars of famous living and dead Croats, among others also having connections with Poland and Krakow, presenting Croatian history, culture, sports, science and other areas of social life also took place. 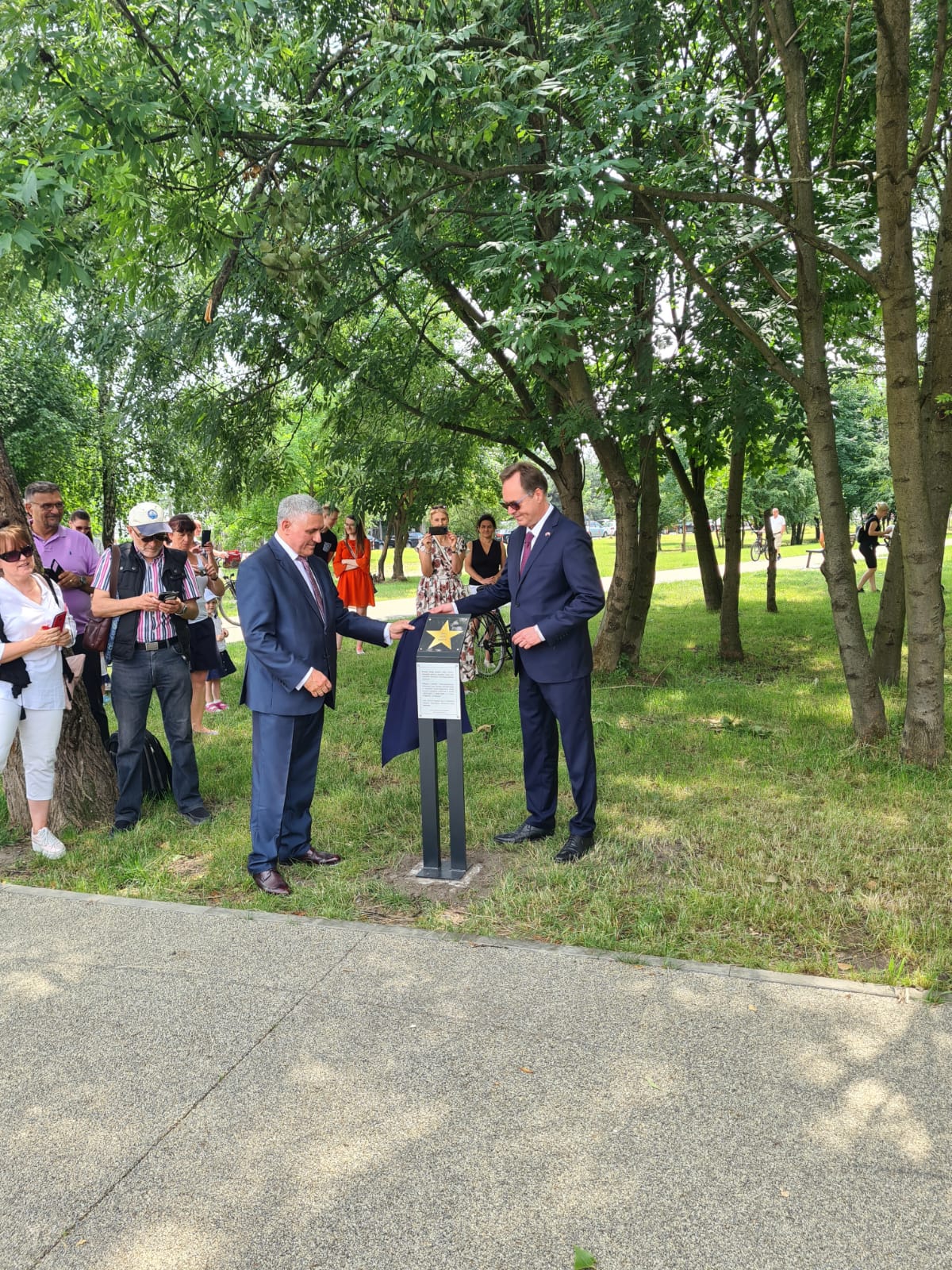 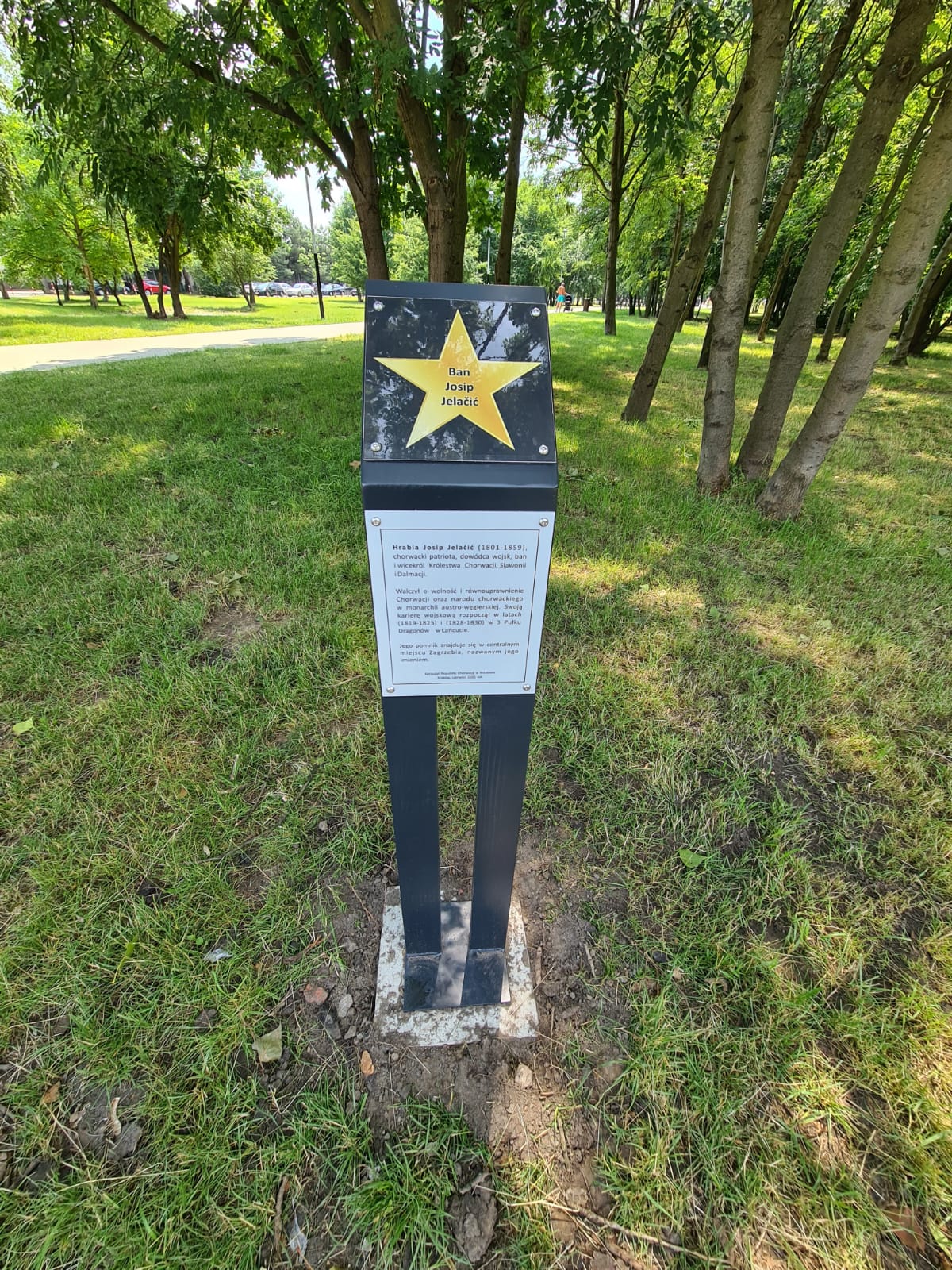 “Mala Chorwacja” is the first park of country-related thematic area in Poland. It was established on the initiative of Honorary Consul Paweł Włodarczyk, approved by the President of Krakow, prof. Jacek Majchrowski and built by the city of Krakow at a cost of over one million euros. 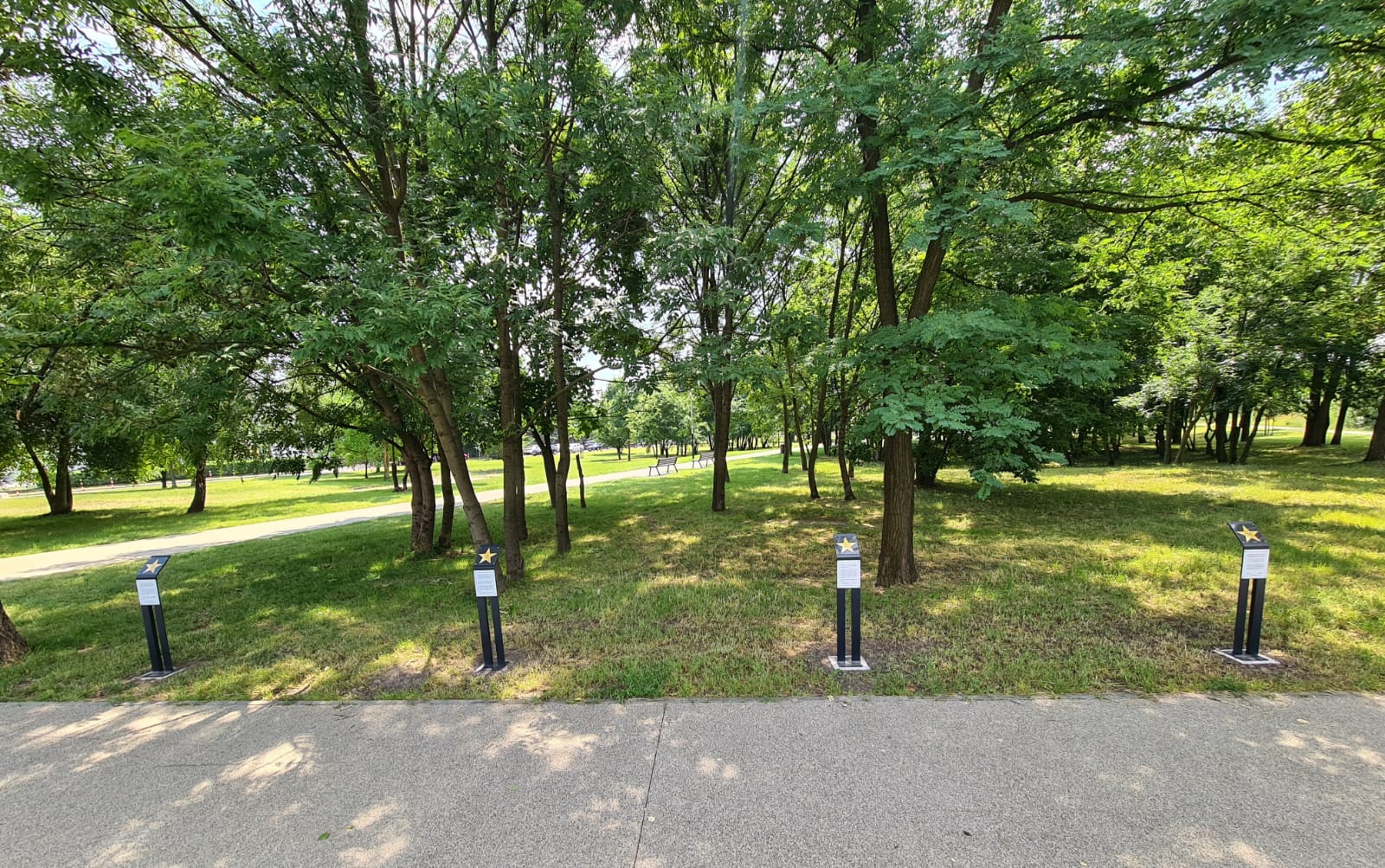 The first Avenue of Croatian Stars

After selecting the location of “Mala Chorwacja”, international student design workshops were held with the participation of students from Croatian (University in Split and University of Zagreb) and Krakow (Krakow University of Technology) universities in March 2017. The aim of this initiative was to develop a concept for the future  growth of this area.

Next, the inhabitants of Krakow had the opportunity to choose the most interesting proposal, which was the basis for the construction design. Construction work began in 2019 and was completed this spring. 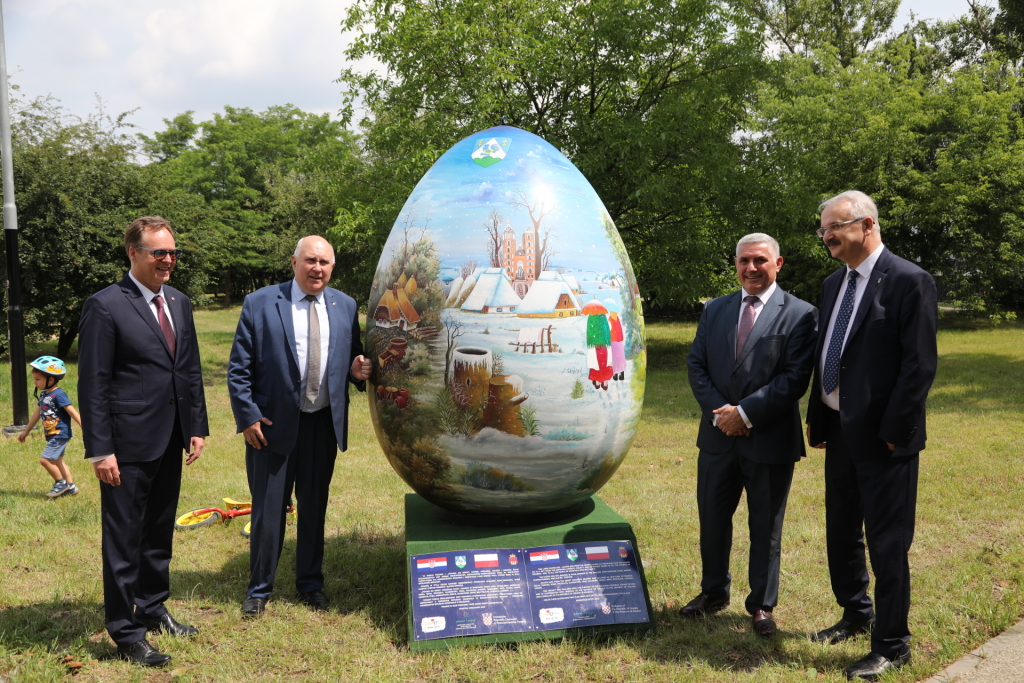 The construction of the ”Little Croatia” park area is aimed at promoting Croatia and its rich history, culture and tradition. Today, it is not only a great attraction among local inhabitants of Krakow, but it also can shows many historical ties between the two great nations and can maintain a mutual cooperation between the two countries.