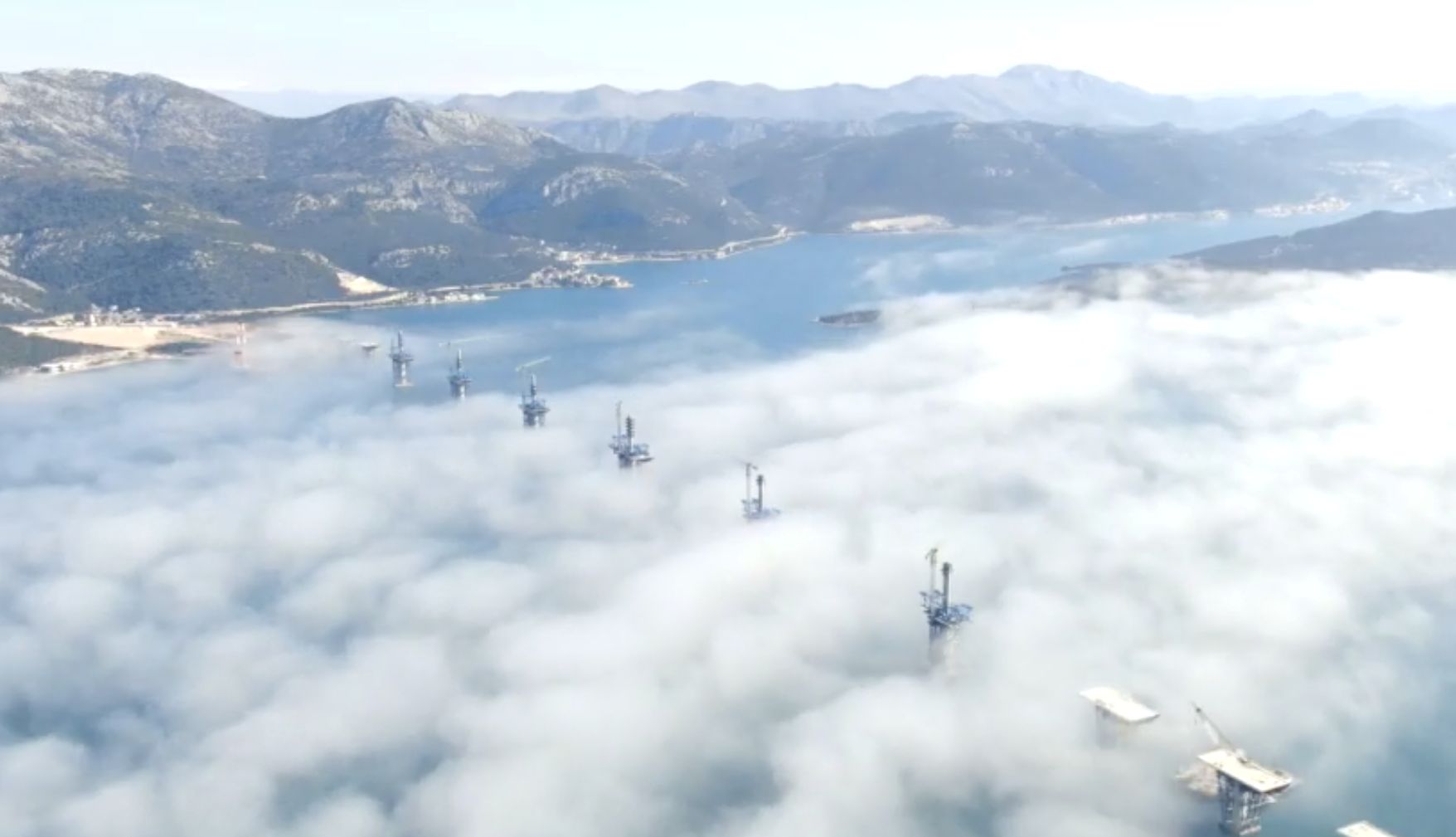 ZAGREB, 1 March 2021 – Last month, the first pillar of the Pelješac Bridge was connected with a pillar on the mainland, marking a big moment for the project.

Construction of the bridge and access roads, which is worth €550 million, is progressing well.

With the construction of a road junction at Brijest, the bridge is expected to be opened to passenger cars and vehicles weighing up to 7.5 tonnes in March or April 2022.

The 2.4 km bridge will connect the peninsula of Pelješac, and through it the southernmost part of Croatia including Dubrovnik, with the Croatian mainland.

The past few days, a low blanket of fog was created in the Pelješac channel as a result of the arrival of very warm air from Africa over a relatively cold sea surface.

Croatian Roads have published the latest video of the bridge poking out of the low fog.