The second edition of ‘LADO in Mažuranac’ festival will take place at Mažuranac Park in Zagreb on 9-10 September 2022.

With a rich two-day program, the festival will bring the best of Croatian and world traditional art to Mažuranić Park, a popular and well-known location where the ensemble building is located and where LADO works and operates every day since its foundation in 1949.

This year, LADO in Mažuranac also fosters cooperation with the Ethnographic Museum, the Academy of Dramatic Art and the Academy of Music in Zagreb, and the festival is organised under the auspices of the Ministry of Culture and Media of the Republic of Croatia and the City of Zagreb.

The aim of the event, in addition to introducing the audience to different types of traditional art, is revitalising Mažuranac park with the cultural offer of the only professional folklore ensemble in Croatia. The festival marks the beginning of autumn and farewell to summer in Zagreb, introduces the public to a series of cultural events of the next season, consisting of concerts, workshops, exhibitions, plays and numerous other activities. 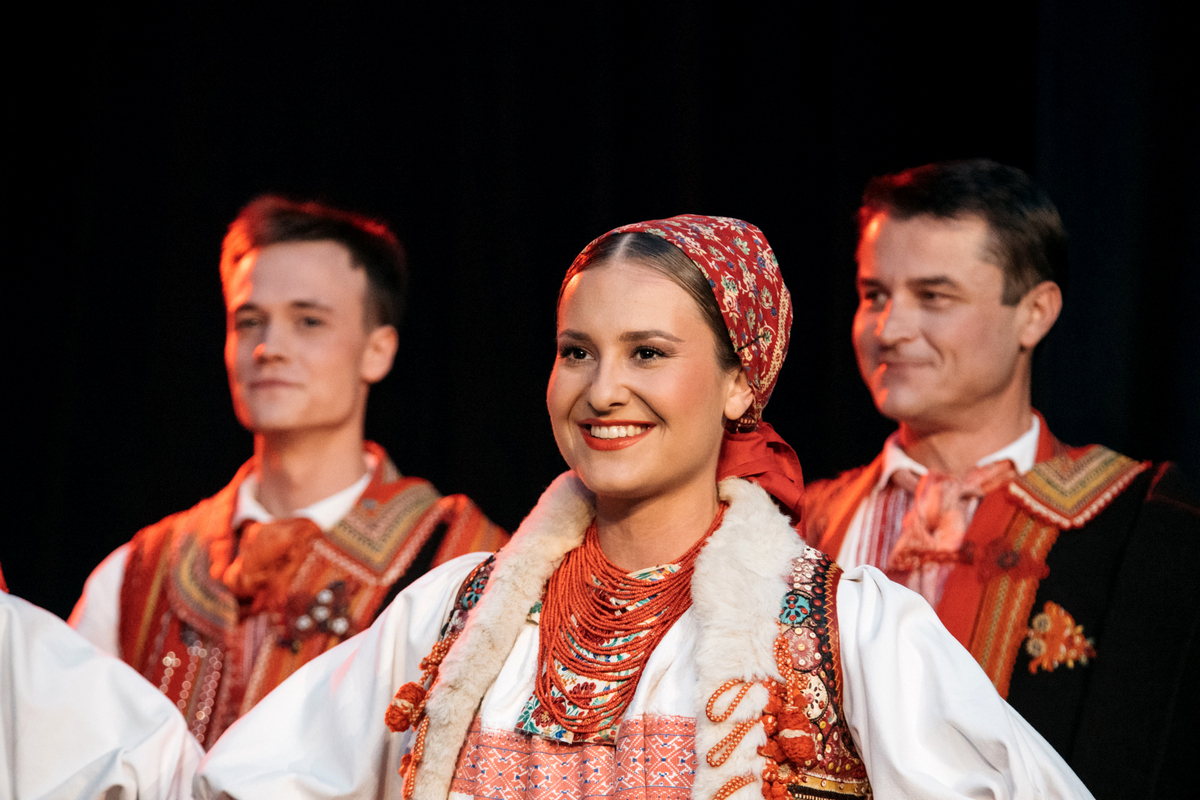 The backbone of the festival program consists of two premiere concerts by the LADO Ensemble, followed by concerts by Zrinka Posavec and the band Veja. The international music program will feature tenors from Sardinia, Tenore Su Remediu Orosei and the Israeli Yamma Ensemble.

The variety of traditional expression will be brought to the stage of Mažuranc by the performances of the Bagpipe Orchestra, the independent concert of the LADO Ensemble Orchestra and the concert of the Chamber Orchestra of the Zagreb Academy of Music. The students of the Department of Folk Dances of the School of Classical Ballet will also perform, and the students of the Academy of Dramatic Arts will perform the play “Animals”.

The Ethnographic Museum provides expert guidance through the exhibition “Kapa dolje” The story of (not) covering the head, while the workshop “Textile Ornament” will entertain the younger generation. Furthermore, the festival brings a dance and handicraft workshop, fitness training LADO Hop to the Top and a visit to the fund of folk costumes, all in the premises of the LADO Ensemble.

For the entire duration of the festival, visitors will be able to watch video projections created on the basis of the play “Kolo 2.0”, the de facto art organisation and the LADO Ensemble, and the exhibition “Ladarice – the marvellous voices of the ruler!” The festival is of a non-commercial nature, and admission to all events is free.

In case of bad weather, events and concerts scheduled to take place in the park are moved to the LADO Ensemble hall. All information about the festival, registration for workshops and necessary contacts can be found on our official website and social networks.

Behind the Ensemble of Folk Dances and Songs of Croatia LADO stands seven decades of continuous work on researching, processing and presenting the most beautiful examples of rich dance and song traditions in the country and abroad, and we can say that they are a unique cultural institution in Croatia. LADO in Mažuranac is a project that proves its uniqueness this year as well. 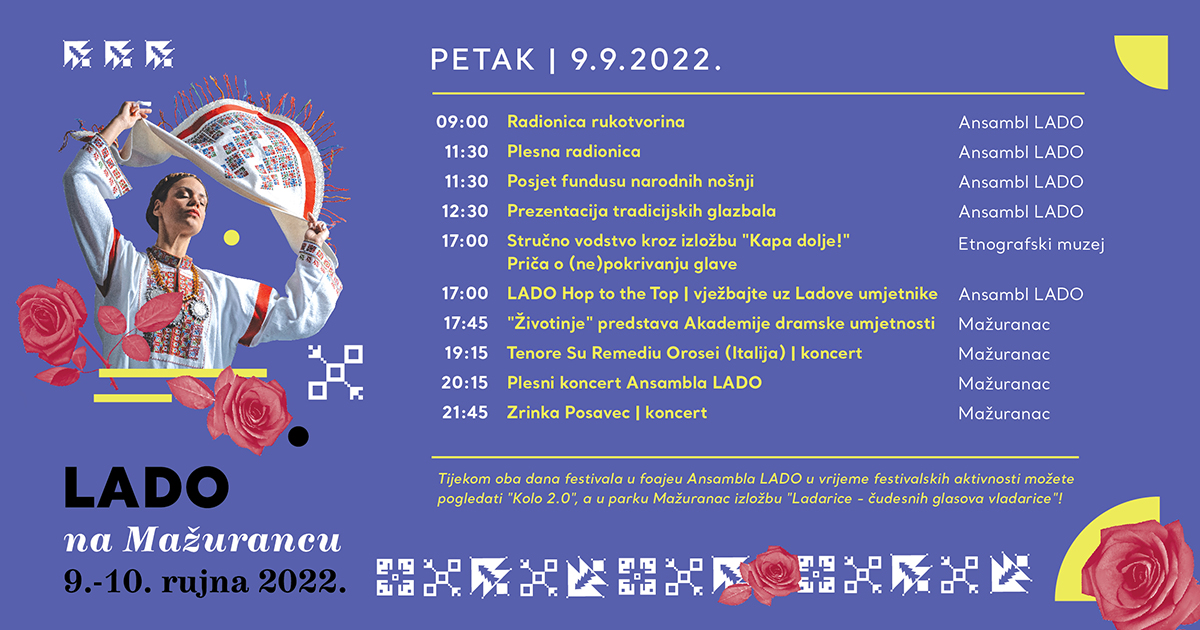 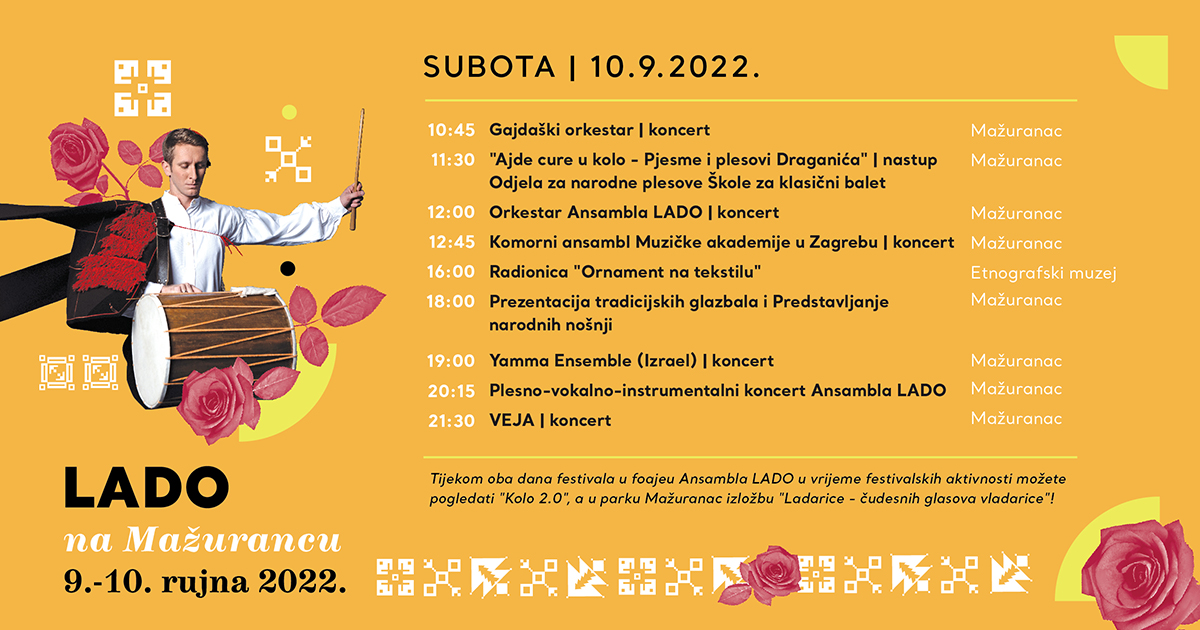