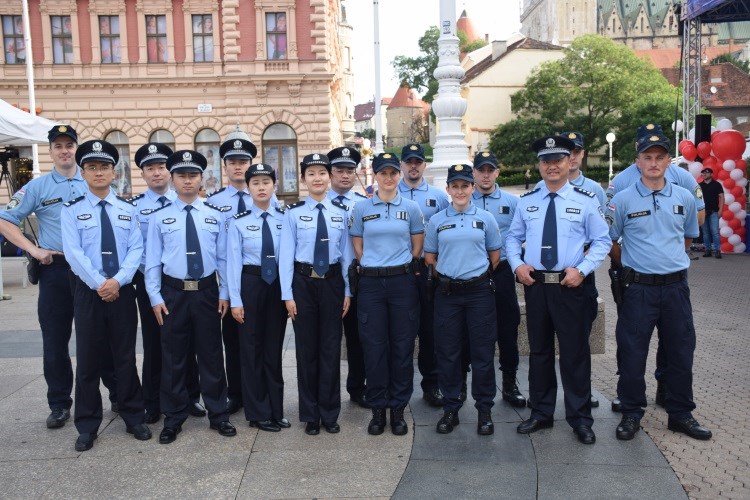 (Photo: Ministry of the Interior)

ZAGREB, 15 July 2019 – Chinese and Korean police officers have arrived in Croatia to assist Croatian police in major tourist destinations during the summer season as part of the “Safe Tourism Season” project.

The Safe Tourism Season project, which is now in its 13th year, has seen over 800 police officers from 19 countries came to Croatia during the tourist season to help their Croatian colleagues. This is the first year that officers from South Korea are taking part.

“This is the first time that Korean police officers will be part of this project and they will be located in  Zagreb, Split and Dubrovnik. Their task is to help Croatian police officers in communication with Korean tourists,” Zagreb police chief Marko Rasic said.

The Croatian capital has become a popular destination for Korean tourists with over 100,000 Koreans visiting the city last year, placing them among the most numerous foreign visitors in Zagreb.

Considering the excellent experience with our Chinese colleagues and tourists last year, this year should be just as successful with our Korean colleagues, Rasic added.

Also for the first time this year, a special telephone line has been opened for Chinese tourists. The calls coming from Chinese tourists will be answered by Chinese police officers participating in the Project, the Ministry of the Interior said.

They will answer the calls directed to the following telephone numbers:

There has been an increase of 53% in the number of tourists from China visiting Split and 20% visiting Zagreb in the first six months of 2019. Hungarian police were the first to start the Safe Tourism Season project back in 2006.