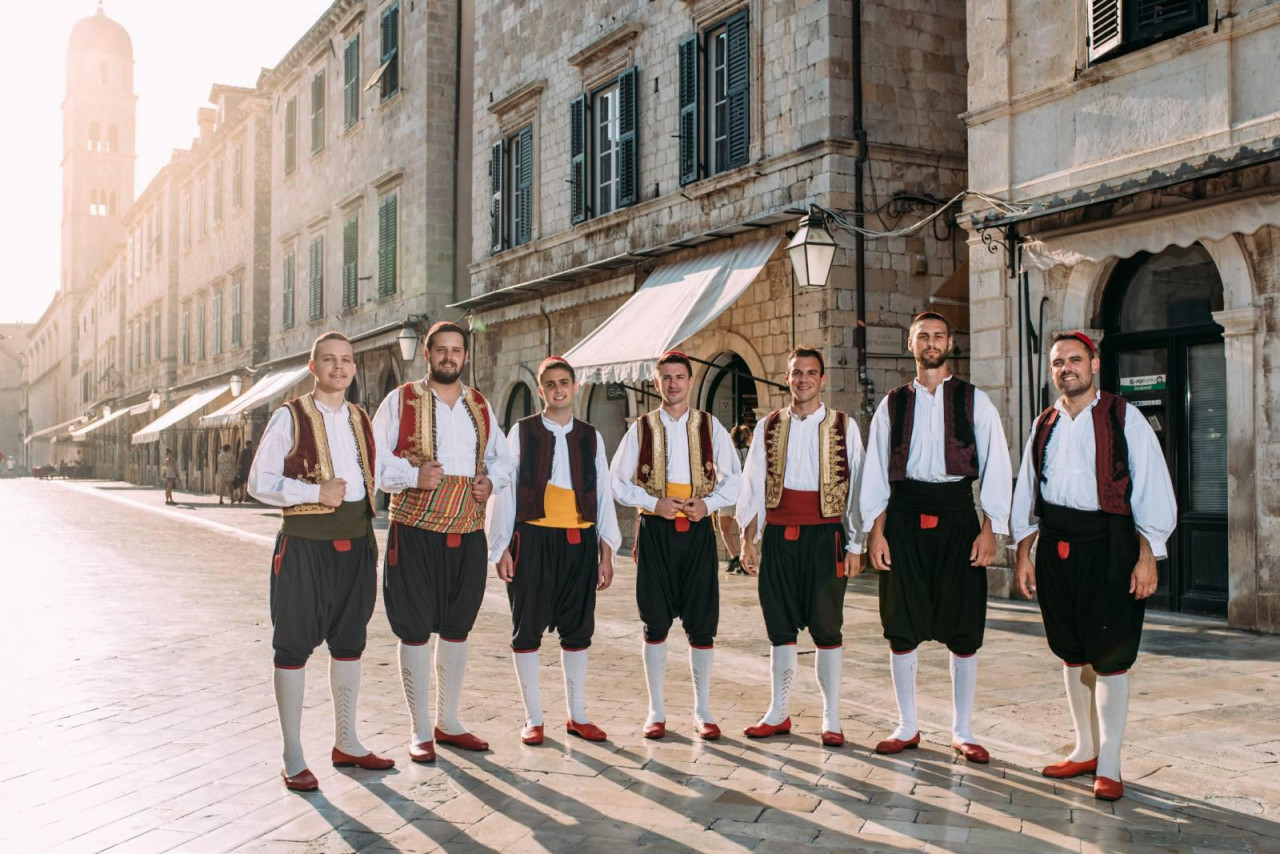 Renowned Dalmatian klapa ensemble – Klapa Kaše from Dubrovnik in Croatia will be touring Canada next month.

Klapa Kaše was founded in 2007 and they performed in numerous festivals in Croatia and abroad, where they have regularly been winning awards, of which includes three first places at the most prestigious klapa festival in Omiš.

Their repertoire includes both; traditional a cappella songs and Dalmatian folk songs accompanied by traditional string and wind instruments. In addition to performances at numerous festivals, the klapa started with their own concert program “In the footsteps of the Republic*”, in which it reanimated and gathered 16 original songs of the Dubrovnik region and with the help of a lijerica player, a toaster, actors and dancers who displayed a musical reflection of the Dubrovnik music history.

Klapa Kaše have released four CD’s; “Rego” (The Gift), “Tragom Republike” (In the footsteps of the Republic), “Tezoro” (The Treasure) and “Misa Sv. Vlaha” (St. Blaise’s Mass). They were nominated two times for the most prestigious Music Award in Croatia – Porin, for their albums “Tezoro” and “Misa Sv. Vlaha” (underway).

This tour is sponsored by the Canadian Council for the Arts, Središnji Državni Ured za Hrvate izvan Republike Hrvatske, the Croatian National Tourist Board and the Dubrovnik Tourist Board. The tour is organized in collaboration with the Festival of Dalmatian klapa in Omiš.

“We are immensely grateful for everyone’s support and we are delighted to see them for the first time in Canada and enjoy their performances,” Klapa Kartolina said. 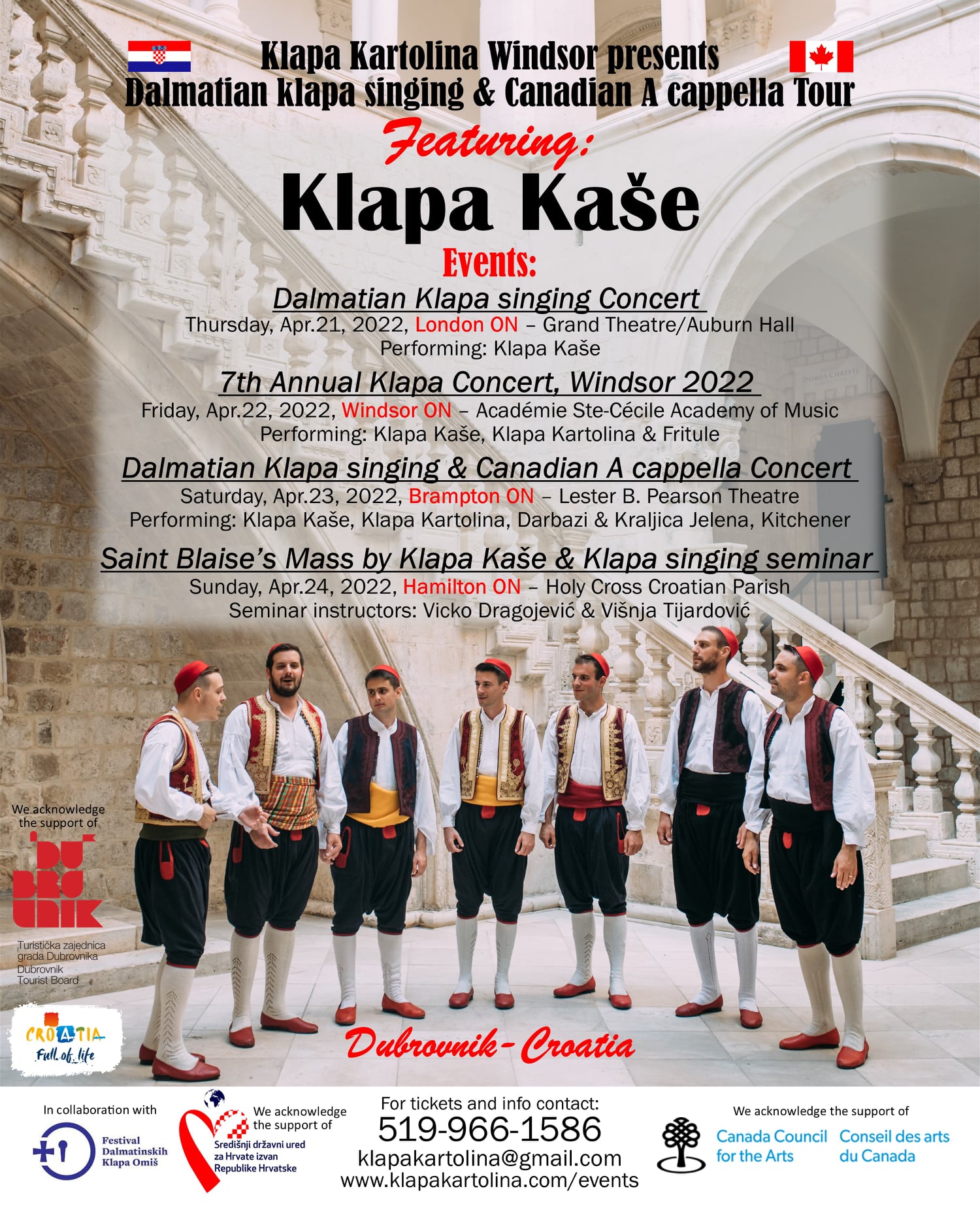