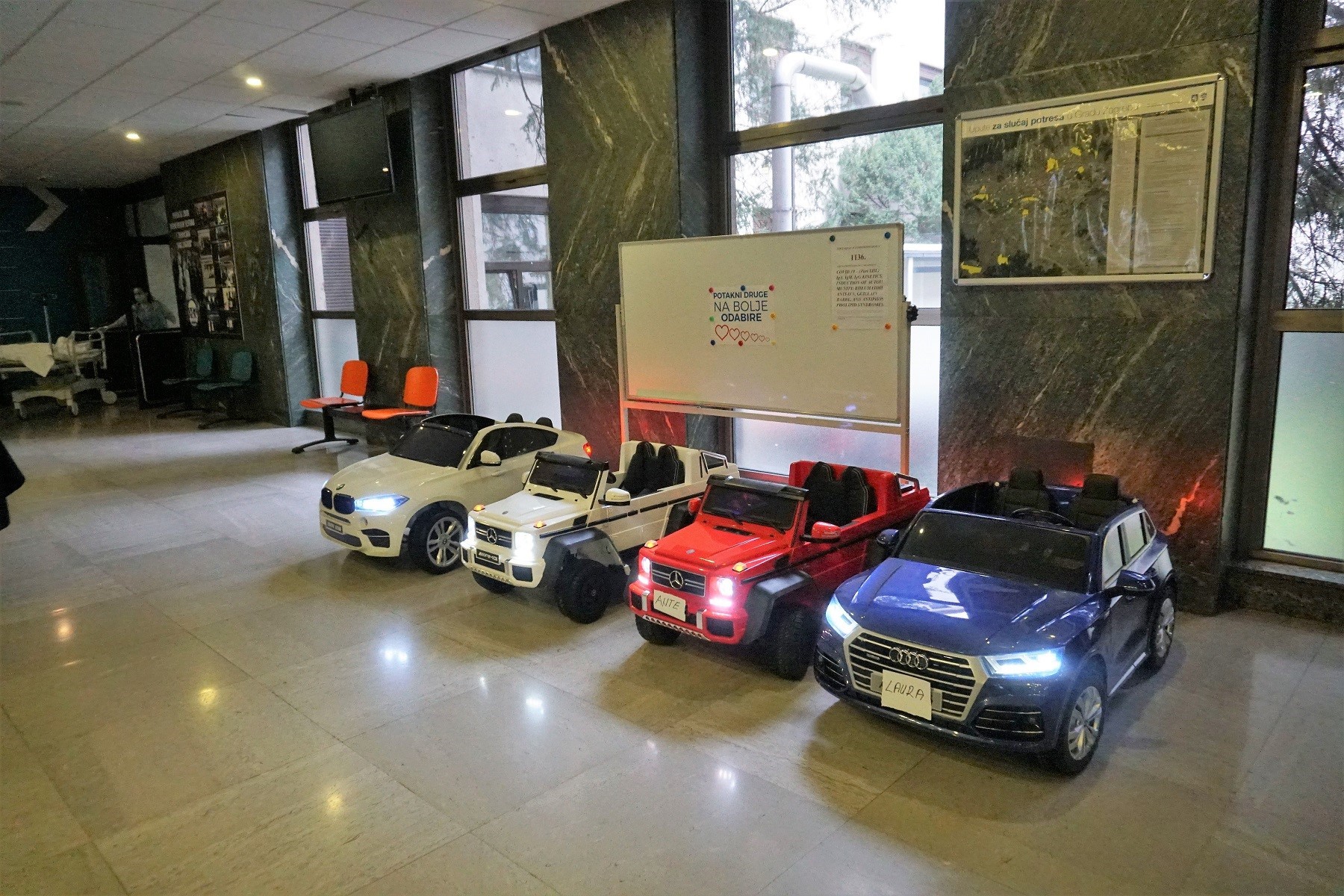 ZAGREB, 8 December 2020 – To make it more fun for kids to have check-ups or go to the operating theatre, the University Hospital Centre in Zagreb (KBC Zagreb), which is the largest hospital in the country, has just acquired a number of battery-powered cars.

Kids in the hospital can now jump in the small cars and drive themselves to the doctor for a check-up or the operating theatre.

“I watched a documentary on YouTube about how these cars help children in the United States. It reduces their stress when they need to go for check-ups and if it motivates them more it is easier for them to want to go for a check-up,” Ana Ljubas, Assistant Director for Nursing and Chief Nurse of KBC Zagreb, told Dnevnik.hr. 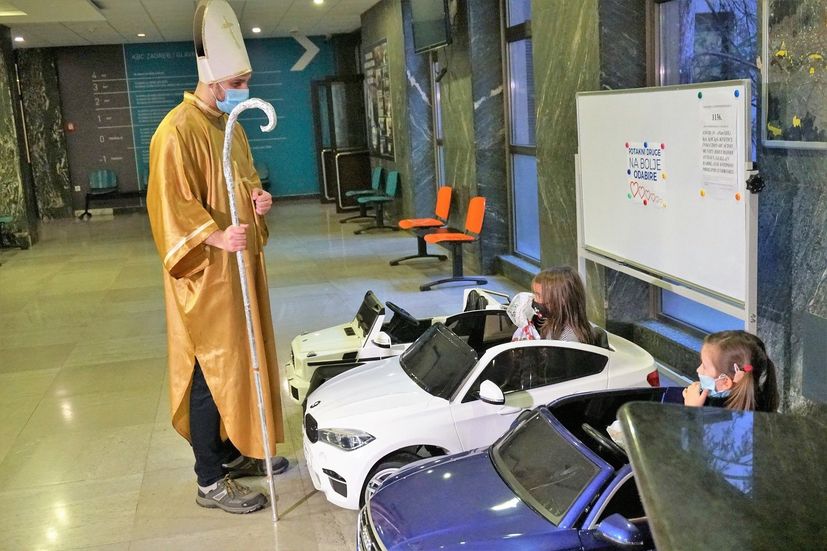 Children can drive the cars on their own. In case they are too small or it is easier for them – the nurses who accompany them take the remote controls.

Four battery-powered cars have already arrived at the hospital, and six more are expected to arrive by Christmas. The hospital says that they do not know who is happier, the little patients or the nurses who take them for check-ups in the cars. 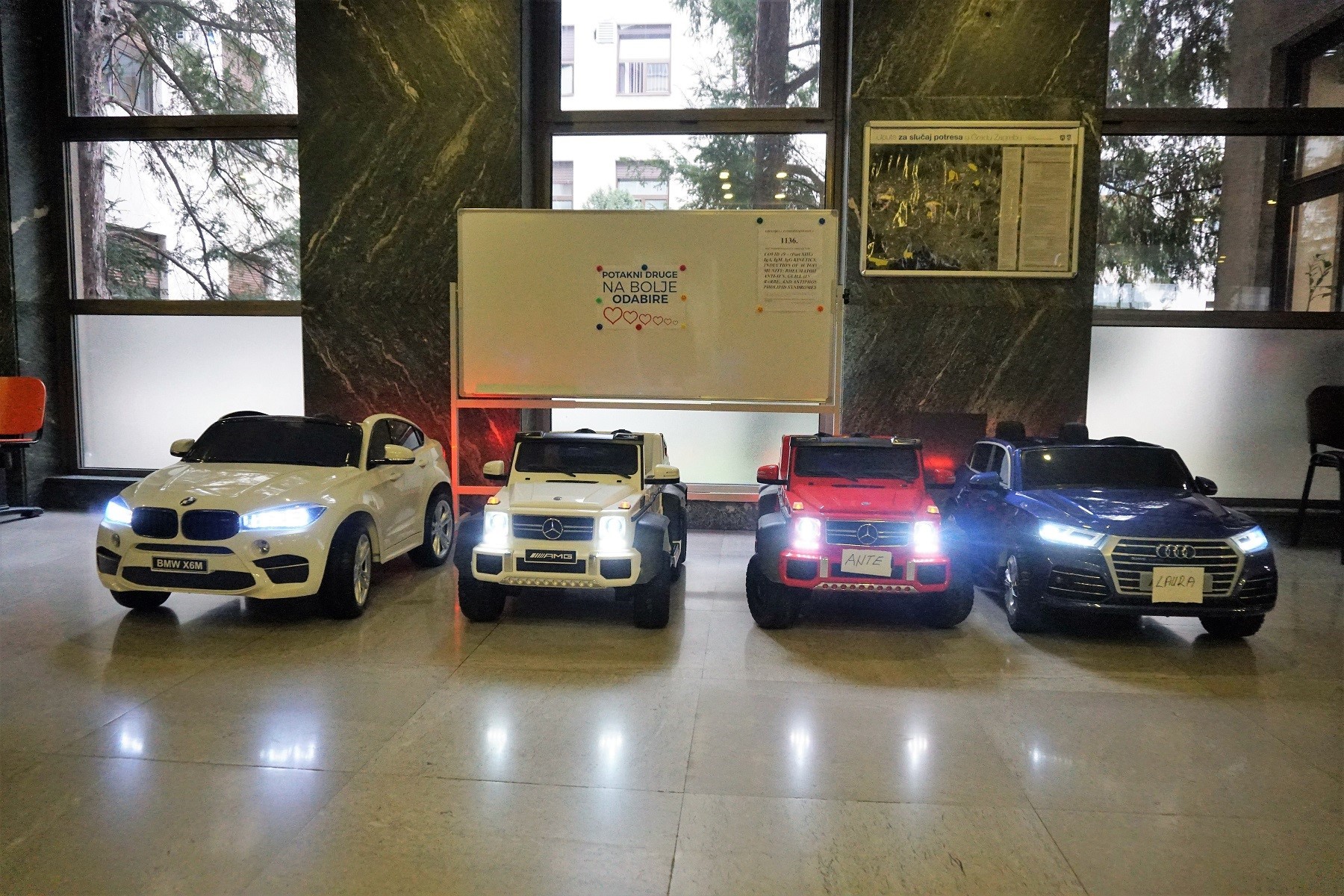 “We want to make the stay in hospital easier for kids. The nurses have already said that they will set up traffic signs as well. The cars are distributed in the wards where children are being treated,” Ljubas explained.