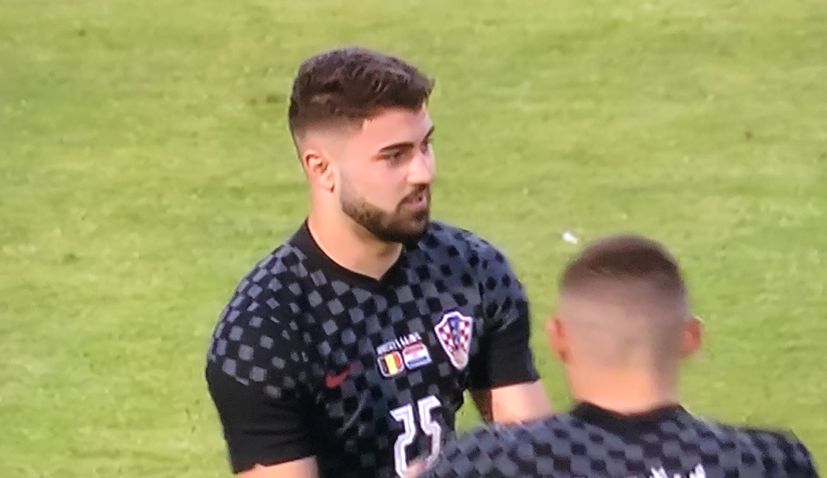 Joško Gvardiol will forever remember the date — 6 June 2021 — the date he made his full senior debut for Croatia.

The 19-year-old defender came on at half-time last night for Rangers left-back Borna Barišić in Croatia’s final warm-up match before Euro 2020 against Belgium at King Baudouin Stadium in Brussels.

“It is a beautiful feeling to make my debut for Croatia, I will remember it for the rest of my life. As for my game, it can always get better. Thanks to the teammates who made the game easier for me,” Gvardiol told the press today, adding that he felt some nerves before his debut match.

Whilst the result did not go Croatia’s way, Gvardiol managed to impress in the 45 minutes he was given.

Power, speed, acceleration, ability to read the play, hunger to make runs down the flank — Gvardiol showed last night what most in the know already knew — that he is ready to make the leap up from U-21 to senior international football.

Croatia managed to fashion more chances in the second half in last night’s 1-0 defeat, with Gvardiol providing one of them when he made a good run down the left and found Bruno Petković with a cross. The Dinamo striker could only steer the ball into Thibaut Courtois’s hands, but it gave a glimpse of what Gvardiol is capable of doing and why German Bundesliga club RB Leipzig signed him on a 5-year deal as an 18-year-old.

Playing three in the midfield with Luka Modrić, Mateo Kovačić and Marcelo Brozović, Croatia need their wide backs making over-lapping runs, as they showed in the 2018 World Cup, for the system to be effective.

Šime Vrsaljko is still not in the same form as he was three years ago after returning recently from an injury, and Barišić is not comfortable making runs and whipping the ball in.

Gvardiol could be the surprise Dalić has up his sleeve, and when he was quizzed by reporters after last night’s game about whether the teenager could start against England next Sunday, he had this to say:

“I wanted to try him, he only just arrived. He showed that he can, he showed his strength and quality and is close (to the first XI).” Dalić said there were encouraging signs in last night’s defeat, but was not happy with the lack of chances created.

“We have to have more vertical passes, we have to shoot on goal more and enter the final phase with more players,” Dalić said.

Croatia’s form over the past two years, which have seem them suffer a number of heavy defeats against the big nations, has knocked their confidence and they are no longer playing with the same attitude as in 2018 in Russia.

Perhaps Dalić taking a risk with someone like Gvardiol will help them return some of that footballing arrogance on the park.

Who is Joško Gvardiol

Born in Zagreb, he started playing football at the age of seven before being spotted by Dinamo Zagreb scouts.

He joined the academy and played largely as a left-back or central midfielder. It was not long before he caught the eye of scouts from big European clubs after impressive performances in the UEFA Youth League in 2018-19 when Dinamo reached the quarter-finals.

He made his Dinamo Zagreb senior first team debut in 2019 as a 17-year-old and was included in The Guardian’s Next Generation list that same year. 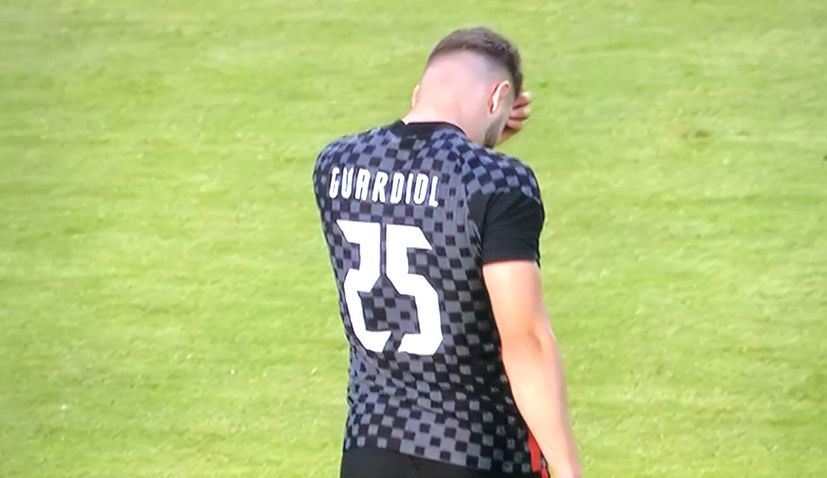 RB Leipzig loaned him back to Dinamo for the rest of last season and he will join them this summer.

Although he played at left-back last night in his debut, Gvardiol is also capable of doing a job as one of the centre-backs if required.

“As for my position, I’ve made my way into senior football as a centre-back, and would prefer to play there, but there’s no room to complain. I will play wherever the coach puts me, I will try my best to do it in the best possible way,” Gvardiol said.