Gvardiol was forced off last night In the 23rd minute after an clash in the air with his teammate.

The good news today is that RB Leipzig’s medical team established that Gvardiol suffered a broken nose bone and a swollen eye, but the injury does not require any kind of surgery.

The 20-year-old is set to make a return to training as soon as Friday and will wear a special mask which has been prepared for him.

On Thursday, Gvardiol shared a photo of his injury on his Instagram and was not in too much pain for some humour.

“You should see the other guy,” he wrote. 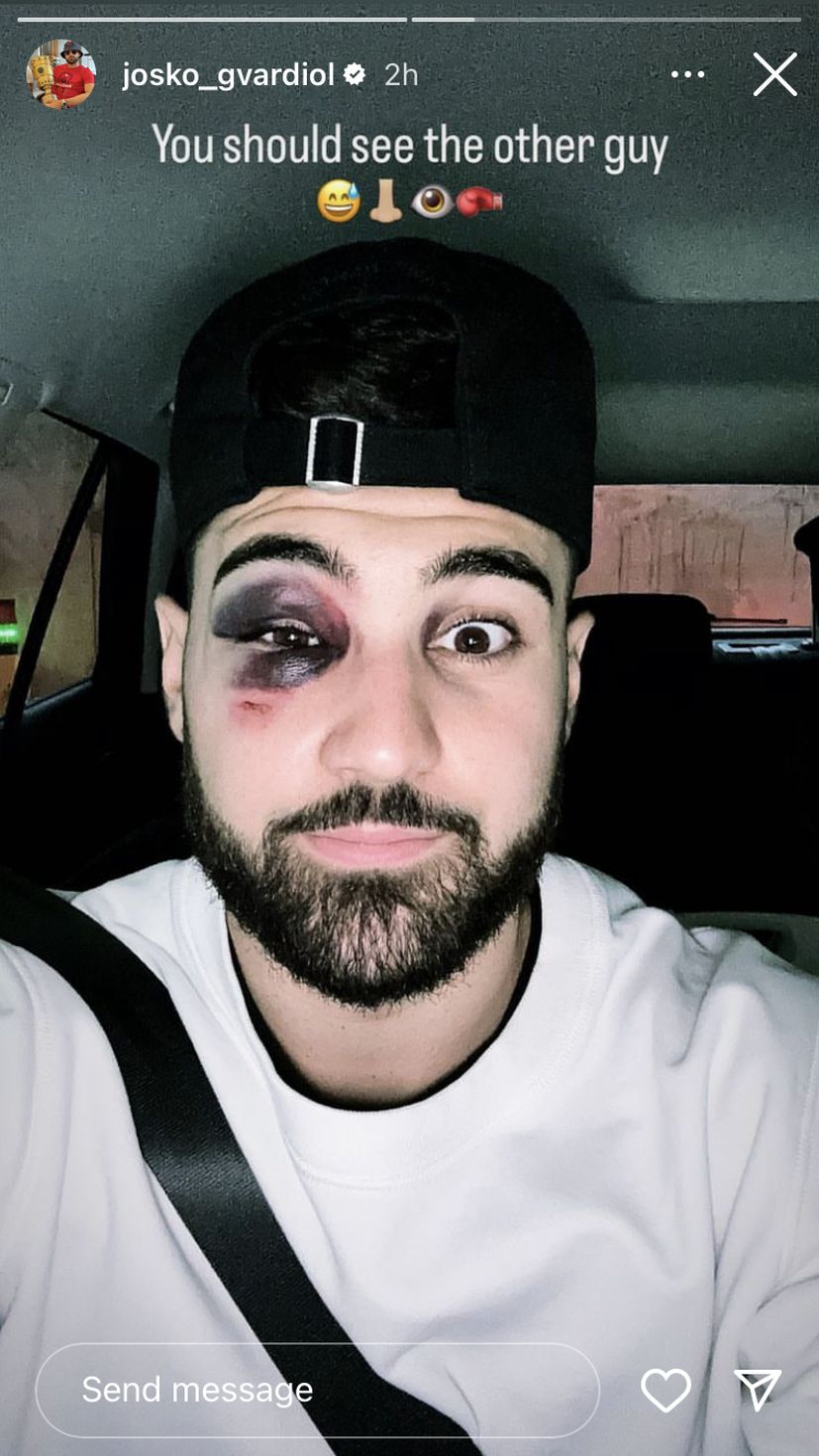 The Croatian Football Federation says they have been in touch with the young defender.

“We are in communication with the medical service of Leipzig, and according to the diagnosis, we have no reason to worry because Joško will be able to train and play normally from the first day of the national team gathering, while of course wearing a mask. We also heard from Joško, who already felt fine that same evening, so although it’s an unpleasant blow, we don’t need to worry about Joško in the context of the World Cup,” said Dr. Saša Janković, the doctor of the Croatian national team said.