Home » Sport » Josip Juranović: ‘I am living my dream’ 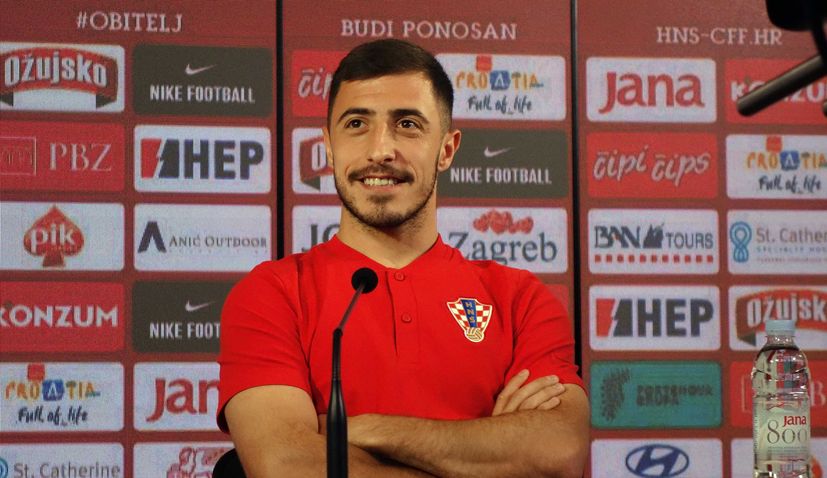 ROVINJ, 24 June 2021 – Josip Juranović made an impression starting in place of Šime Vrsaljko at right-back in Croatia’s important victory over Scotland which sent them into the last 16 at Euro 2020.

Juranović did a great job containing Scotland’s dangerous attacker Andrew Robertson and also made a number of runs forward to help Nikola Vlašić on the right flank. Juranović’s performance, which was just his 9th for Croatia, drew praise from coach Zlatko Dalić. Dalić decided to start Juranović ahead of Vrsaljko who he claimed was tired after playing the first two matches.

The 25-year-old, who plays for Legia Warsaw in Poland, was born and raised in Zagreb where he started his football career with NK Dubrava. He made the move south and signed with Hajduk Split in 2015. Juranović made 136 appearances for Hajduk before transferring to Legia Warsaw last year.

Juranović is expected to keep the more experienced Vrsaljko on the bench for the last 16 match against Spain on Monday.

“Everyone who is in the national team is certainly a very good player, all members of the national team play in top clubs and everyone who starts instead of the first eleven will do their best. I could hardly wait for the opportunity and I did my best and it came back to me in the best possible way – with three points against Scotland,” said Juranović, who said Vrsaljko was one fo the first to congratulate him after the game.

“First of all, I have to say that Šime is a very good friend and player. Before the game he gave me some tips on how to stop their left back. After the game, he approached me and congratulated me.”

Was he nervous before the Scotland match?

“Our self-confidence has grown after such a great victory. Spain as Spain is a very good team, but we have to turn to ourselves and look at what kind of players we have in the national team. Did I have a stage fright on the eve of Scotland? Honestly, I wasn’t nervous. I have more anxiety now than before the game. I went to do my best to win, I wanted to contribute in both directions. That was my main task and, of course, I wanted to justify the coach’s trust,” he said.

Juranović, who dedicated the win against Scotland to his late father who passed away, will have to contend with the talented Jordi Alba on Monday who plays down Spain’s left.

“We still don’t know who will play against Spain, in the coming days we have to agree on what and how. The team is the most important, and whether Vrsaljko or I will play as a right back, we will see.”

What impression did the Spaniards leave against Slovakia?

“They looked very good. Honestly, we have watched them in every game so far, because we have a lot of free time. We saw everything we could see. I think we have a very good game ahead of us. Where did I watch the Croatia-Spain match at Euro 2016 in France? I don’t remember, but probably at some pre-season camp. I didn’t think I would play for the national team, but I dreamed I did. I am living my dream now,” he concluded.