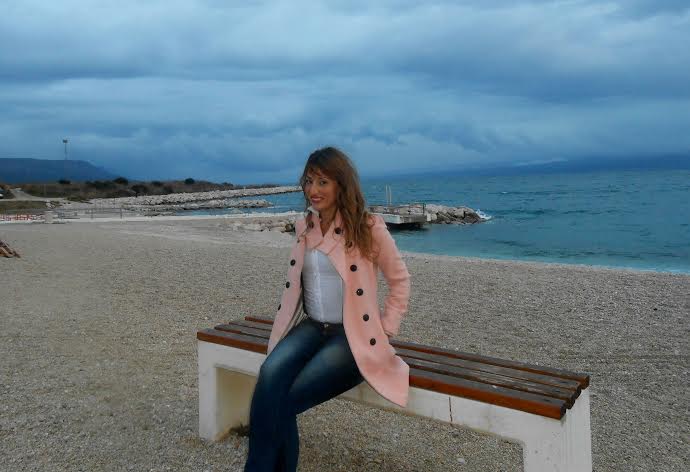 Like many kids on the Croatian coast, Bruna Bajić had to adapt to growing up with having a father who was away from home a lot working on the boats. Her upbringing was the inspiration for her superb 95-minute film about the life of sailors and their families…

Bruna’s film THE BLUE CAGE, which also was the first successful documentary crowdfunding campaign in Croatia, was named among the Best 10 Documentaries in Croatia this year. We met the inspirational Croatian film director.

Hi Bruna, can you tell us a bit about yourself and how you got into film-making?

I was born and raised in Split. When I finished my high school I was wondering what would be my life goal and inspiration and I must tell you it was a real adventure and challenge to find my way. Since we are a coastal city, lots of people decide for tourism, but I felt I would never be inspired by that. So I enrolled the Art Academy and got a diploma in Film and Video and after that I saw that’s my spotlight and finished also MA in Film, media art and animation.

As it turned out, I was a first female with such a diploma in Croatia. Since I’ve got strong communication skills and love for people and personal evolution, I spontaneously turned my art into a very life-loving direction through my filmmaking.

After 20 and more shorts, I made a documentary about famous pianist Maksim Mrvica Croatian rhapsody: Maksim Mrvica, that was devoted to his talent and persona, but also was built as a strong inspiration for every person in this planet trying to catch and evolve their talent.

And I guess so it started. 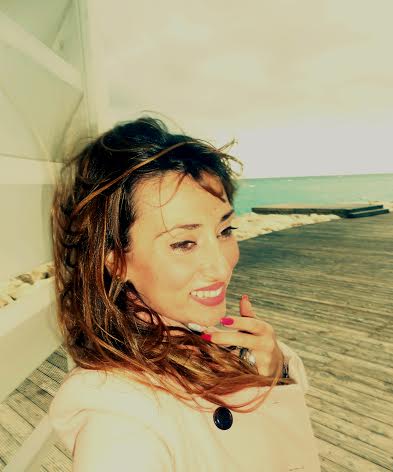 What inspired you to make a film about sailors and their families?

My father is my inspiration and a person I admire. Both of my parents are. He was a sailor for whole my life and my Mum, sister and me were always on our own. Waiting for him, always wishing to impress him and make him happy and proud when he comes back home. So they always told me: do what you’re made for, and look for it as long as it takes. I started to think about making him the proudest man in the world, but also show my appreciation to all the people working hard inspired by love for their family.

The Blue Cage is a film dedicated to my father and every single seaman in the world, opening up a story about separated lives and love that never ends no matter the obstacles or miles.

You launched the first successful documentary crowdfunding campaign in Croatia. Can you tell us how that happened?

As you know, Croatia is an amazing country to develop your own creativity, since it is not a country where you can sit and wait for a job, if you want a real one. You have to make it.

So that’s just what I’ve decided to do. Making a 95 minute documentary with a soundtrack, a web page, and a book, very vivid Facebook page called MODRI KAVEZ; it really needed a team, a talent, lots of nerves, vision and financial support.

Since I wanted to get some credibility, I’ve decided a crowdfunding campaign would be a nice way to get it. I started to think how to do it properly, gathered some amazing people around me as support, and showed lots of personal enthusiasm and engagement, and as it turned out, we made a first successful documentary crowdfunding campaign in Croatia that has reached its target. Now I go to different places where people invite me, inspire them and support their ideas with my experience. I’m so happy to be able to motivate myself and people who need just a little push to make miracles. Crowdfunding was an amazing experience and it made The Blue Cage get one more ”done” tick on its road.

What message are you trying to get across in The Blue Cage?

The Blue Cage is about love, life, inspiration, support, family. It’s a film that has an amazing amount of laughter and tears inside it’s structure, just like our lives. I believe it has a soul, since people felt it so many times, and myself creating it. When I was born, my father was in Brazil, working, most of my birthdays, heartbreaking moments, self issues he physically skipped, but I always felt his presence.

So it also made my relationship with my Mum and sister consequently also deep and eternal.The Blue Cage really shows we are more than experience of the moment, it shows we become and remain parts of each other lives on much more intense and higher level. I feel really blessed to be the author of a film sending such a message, and I hope I’ll be blessed to make many more. It’s an anthem to love, life, devotion and family.

Are there any anecdotes from the film which really stands out for you?

Making The Blue Cage was a two-year long journey. First I had to do interviews with so many people to see their stories and narration abilities. Than I had to gather a crew for shooting, select the locations, spread the word about looking for archive materials; it seemed back than like never-ending story. I also wrote a book that came out with the film. We were working on a soundtrack. So many things happened during that period, for example, our first scheduled shooting. I got mad for some crazy reason, ran outside the house to grab some things from the store, I fell on my own foot, ended with my leg wrapped. And while I was struggling with the doctor to let me go, since I was ready to walk on my one healthy foot if that’s what it took to finish the shooting, I got a phone call from people who had to be filmed that had to go away. Sudden calls. Calling me from Rome. I guess I learned my lesson about perfect timing and ”meant to be”. I’m really grateful for that.

How was the film received?

Since the whole thing, from idea to ”life” lasted two years, I wanted to have a premiere that will be remembered. We made an amazing evening at the Jadrolinija ship Marko Polo in the garage, with 48m long Blue carpet and blue environment. I’ve had amazing angels and friends helping me out and we were a real team all the way.

Amalas Studio and Propono Multimedia made an amazing video, it’s available online. Mediteran production turned the interior into The Blue world and made my dreams come true. STUDIO CHELIA from Sarajevo with Mirza Tahirovic worked the film sound design. 400 people gathered at the first screening, and that’s the moment I’ll never forget. Our release date was October 24, and still we were proclaimed by the dokumentarni.net among the 10 best Croatian documentaries in 2016. After that, wherever The Blue Cage goes, people are waiting in line to see it. It’s much more than I expected, and everything I hoped for.

Who should watch it?

The Blue Cage is a film filled with life and love and devotion. Everybody can find a piece of himself in it, no matter if he/she is a seaman, housewife, man or woman. I recommend it to everybody who wants to feel better, or has stopped believing in love and courage. Soon we will have a final confirmation about showing it to future sailors at faculties, since it has been noticed it really effects on the way they look on the life on board. It’s really a film full of love. That makes it universal for all ages and genders, no matter who is it dedicated too.

How can people abroad get to watch it?

The plan for the first year is to go around Croatia, promote a book, ”Director’s memoirs: The path to The Blue Cage” and a soundtrack, made by Nikola Džaja and Ozren Glaser, who has worked with Kate Winslet in ”The Reader” and has made a theme song for the film.

Also we have a song from Neno Vetma, and two amazing Marijan Ban narrations, made just for The Blue Cage. Also, we are trying to make a festival network and apply to lots of them in cooperation with Mediterranean film Festival of Split. We’d love to show it to Croatian people all over the world, but also to all the seaman worldwide, so we’re organising and receiving invitations for guest screenings. Lots of work to do, it seems.

What are your plans next?

We’re working on a book The Little Blue Cage, I’m writing goodnight stories for kids, that will have a mission to make children feel better and safe and not worried about their fathers away. We’re still looking for investor for the book, and in the meanwhile, we will get the full visual ready with my stories and illustrations of my sister, Doris Živalj, who is a graphical designer and has been working with me a complete visual design of The Blue Cage. Also, I have two big ideas in my head, both of them are inspiring and fool of life and I really hope we will be talking about it some day soon. Can’t wait!!