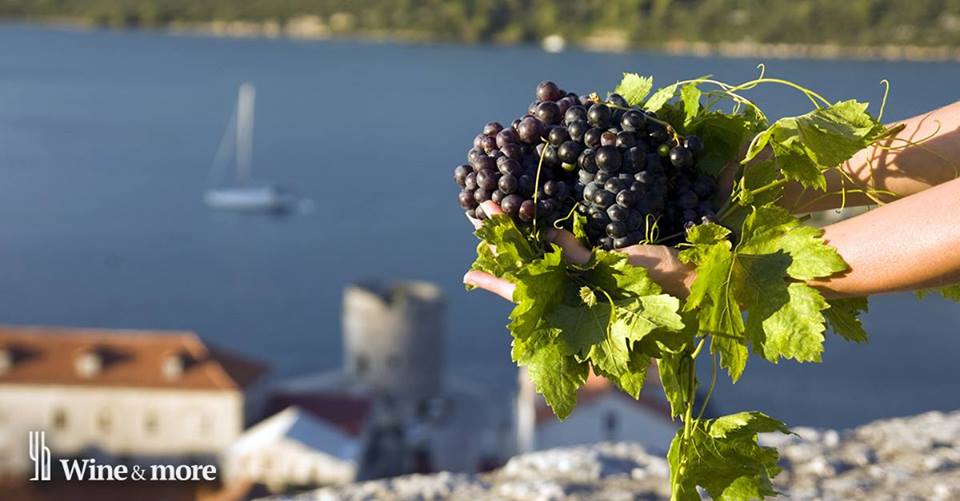 The team at Wine&More, who are in the business of presenting Croatian wines to the world, have compiled this great infographic detailing Croatia’s wine regions…

Croatia is a small county but a land of diversity and its geographical rough division into continental and coastal part can also be applied to wine making. The continental region produces rich fruity white wines, similar in style to the neighboring countries – Slovenia, Austria and Hungary.

On the north coast, Istrian wines are similar to those produced in neighboring Italy, while further south production is more towards big Mediterranean-style reds.

On the islands and the Dalmatian coast local grape varieties, microclimates and the rather harsh nature of the vineyards lead to some highly individual wines, and some of Croatia’s best known such as plavac mali.

Each of the main regions can be divided into sub-regions: Wine&More has identified 12 regions that have significant wine production and are home of high quality wines, as the wine map of Croatia below shows: 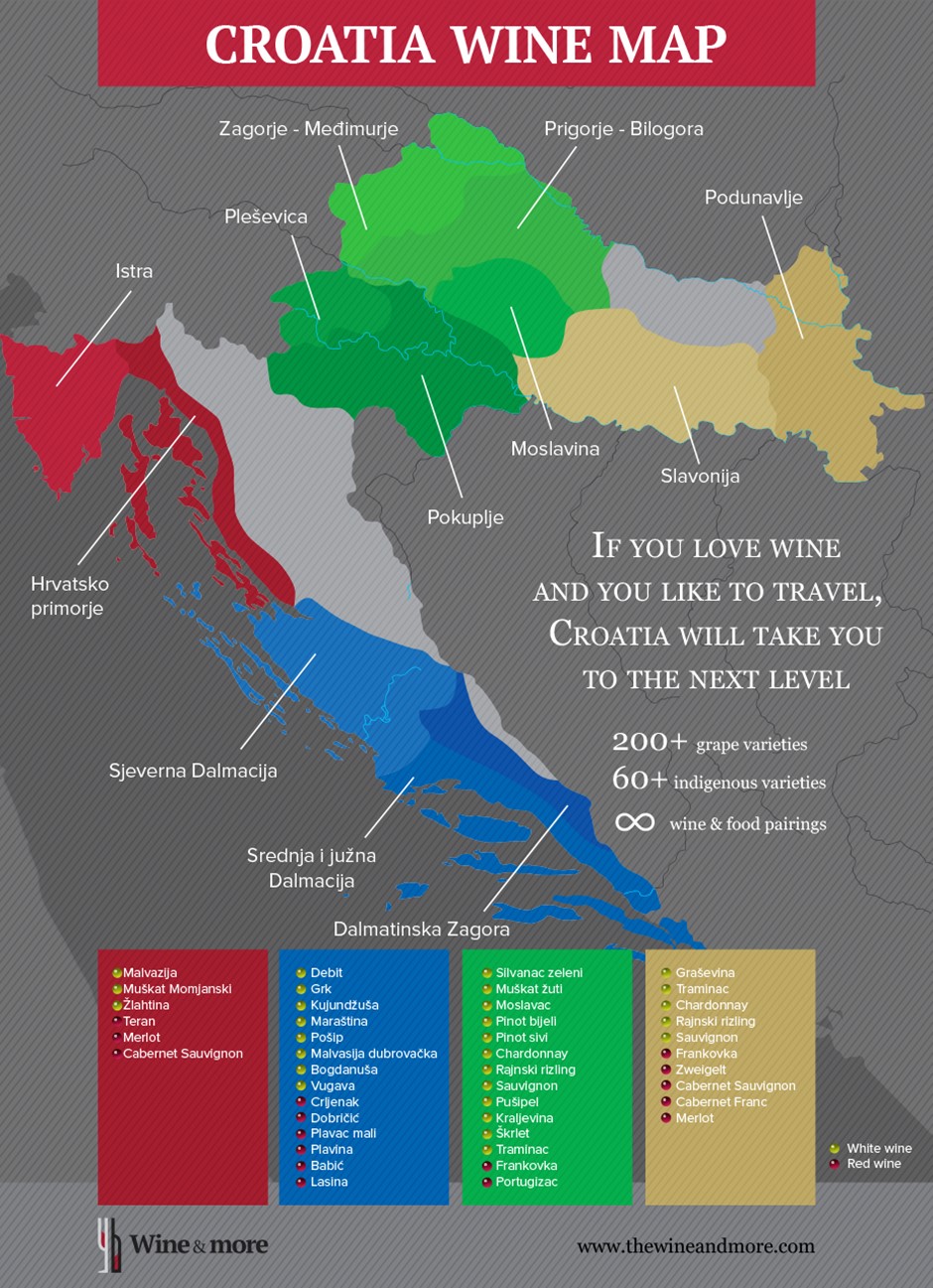 As a general rule, white wine is dominant in the continental region and Istria. The most popular variety in the far Northern Eastern, Slavonia region is graševina (welschriesling) accompanied by a range of ‘international’ varieties such as chardonnay, traminac (gewürztraminer), sauvignon, pinot gris and rhein riesling. Slavonian climate is cold continental and Slavonian wines are dry, fresh and lightly aromatic.

The area of Pleševica is situated more to the West and is small but most definitely one of the most important spots on the Croatian wine map. It lies 30 km Southwest from the capital, Zagreb, and grows mostly chardonnay, graševina, pinot blanc, gewurztraminer, riesling and portugizac – the Croatian version of beaujolais . It has continental climate but a lot of sun which makes it a home of some of the best Croatian sparkling wines, some of them made in the traditional, champagne way of making sparkling wine.

Although Istria is often called ‘the Croatian Tuscany’ and its landscape does resemble the Tuscan one, white wine and not red is what you should drink in Istria. The most popular Istrian wine is malvazija (malvasia) but you can also enjoy the taste of teran (terrano), muškat (muscat), cabernet sauvignon or merlot. When in Istria you shouldn’t miss the opportunity to go on a wine tour and enjoy not only high quality wines but the picturesque hills and landscapes. 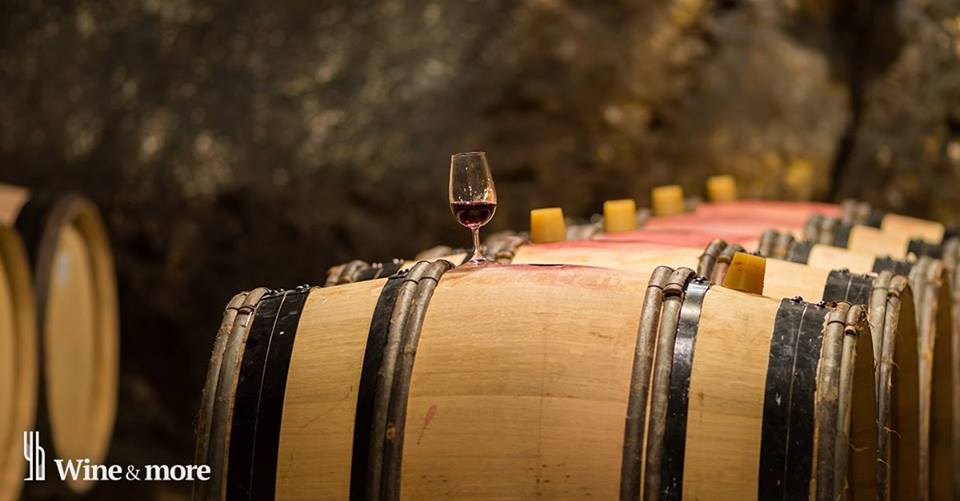 Many of the Croatian best and most expensive wines are made in Central and South Dalmatia, home of almost all Croatian reds. It is also a birthplace of plavac mali, indigenous Croatian variety which was discovered to a the child of zinfandel (and zinfandel was discovered to be originally Croatian!).