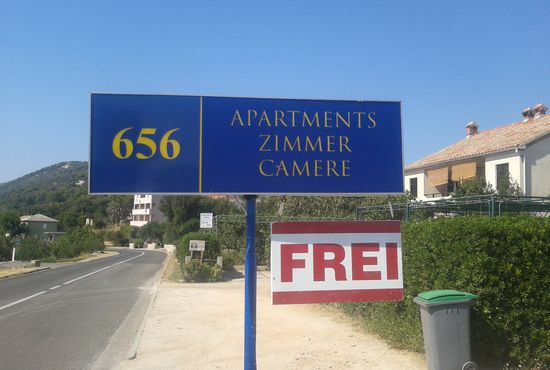 The current ruling government has decided once again to hit Croatian citizens in the pocket with yet another tax increase. This time the proposal has not come from the Ministry of Finance, but the nations Tourism Ministry…

Minister of Tourism Darko Lorencin, who was speaking during a visit to the island of Krk yesterday, announced that a new law was is in the pipeline which is set to affect those in the tourism industry. The law will see the current tourist tax, which is paid by the owner of a house or vacation flat in a tourist settlement, and by all persons staying in that house or flat, increase.

“Croatia has one of the lowest tourist tax in the Mediterranean,” said Lorencin, saying that this tax is an important revenue for the promotion and development of the Croatian tourism product.

The Tourism Minister confirmed that the proposal for the tourist tax increase will be finalised by the end of the month. Local county tourism boards are set to benefit from the law change, with 15%, instead of the current 10%, generated from the tax going directly to their coffers in future.