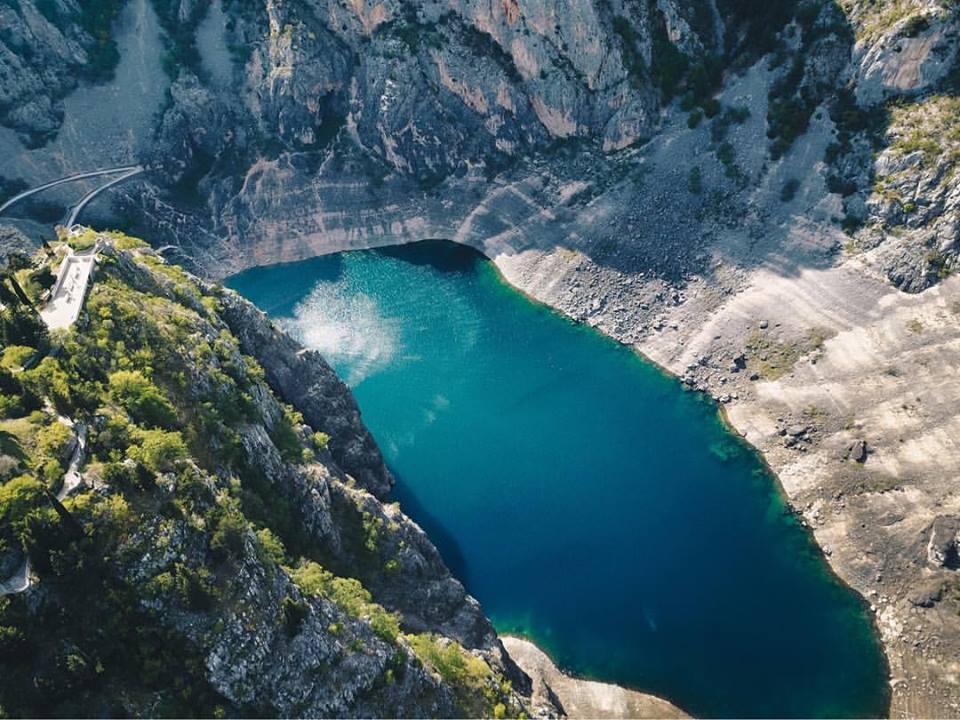 Blue Lake, which is one of Imotski’s stunning natural attractions, has been reduced to just a puddle.

After a prolonged dry spell the lake has been drying up over the last couple of months. Because of its geomorphological structures and karstic determinants, it is possible for the Blue Lake to completely dry up.

This phenomenon only happens usually a few times every 100 years, but this is the second year in the row that the lake has dried up, Dalmacija News reports. 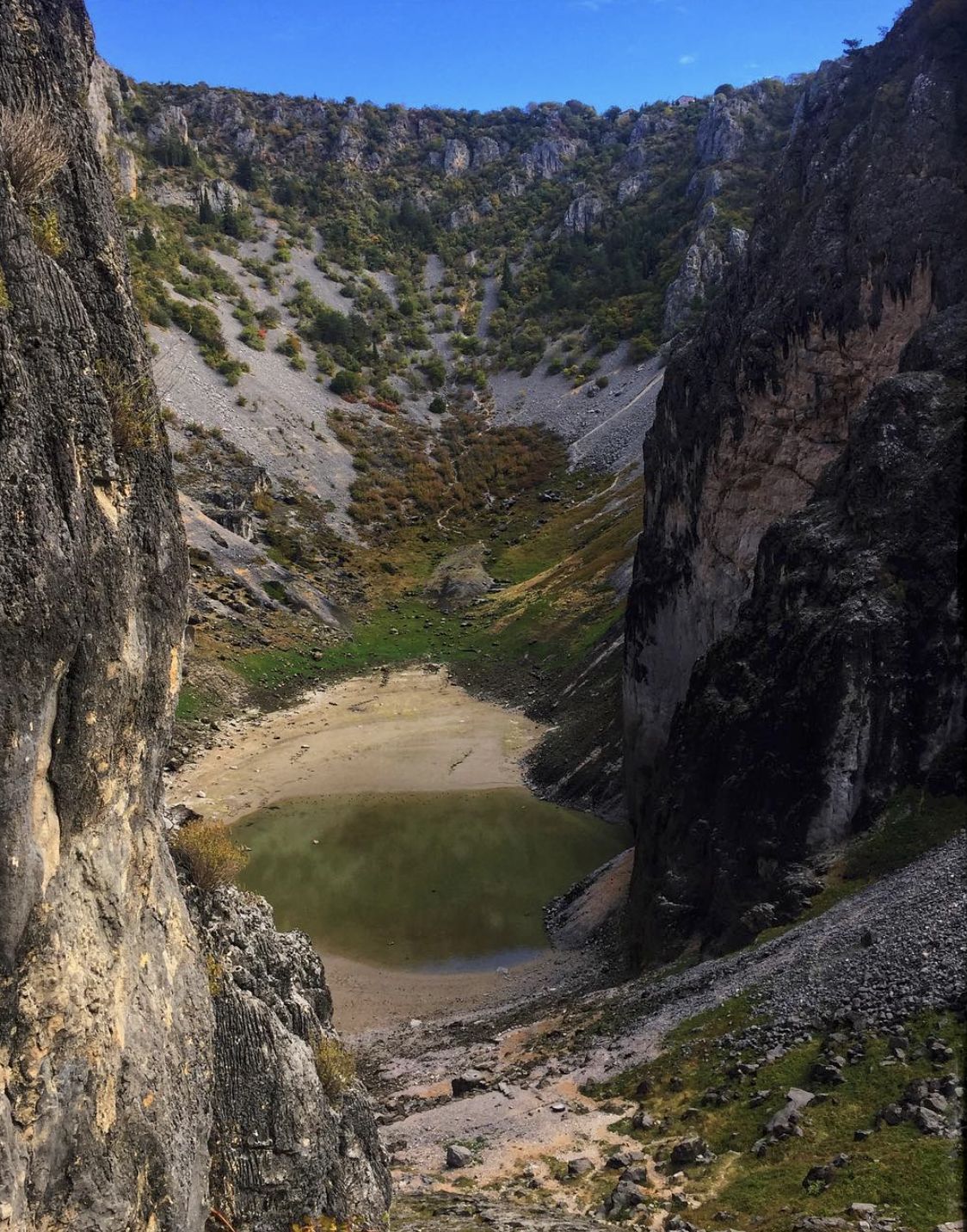 The Blue Lake lies in a deep sinkhole possibly formed by the collapse of an enormous underground cave. The total depth from the upper rim is around 220 meters, while water depth usually varies with seasons. In spring, when the snow from surrounding mountains melts, it can reach 90 m, and in 1914 it reached 114 m, overflowing the southern rim.

When the lake dries out completely a traditional football match takes place at the bottom between Vilenjaci (Elves) and Vukodlaci (Werewolves).

The match was first played in 1943 and has been played just 8 times since with the last match at the bottom of lake taking place last year.

Nature will have the last say if the match will go ahead this year ago, but with no rain on the horizon, locals are already preparing for it.