Home » Entertainment » Il Volo to perform in Opatija this summer 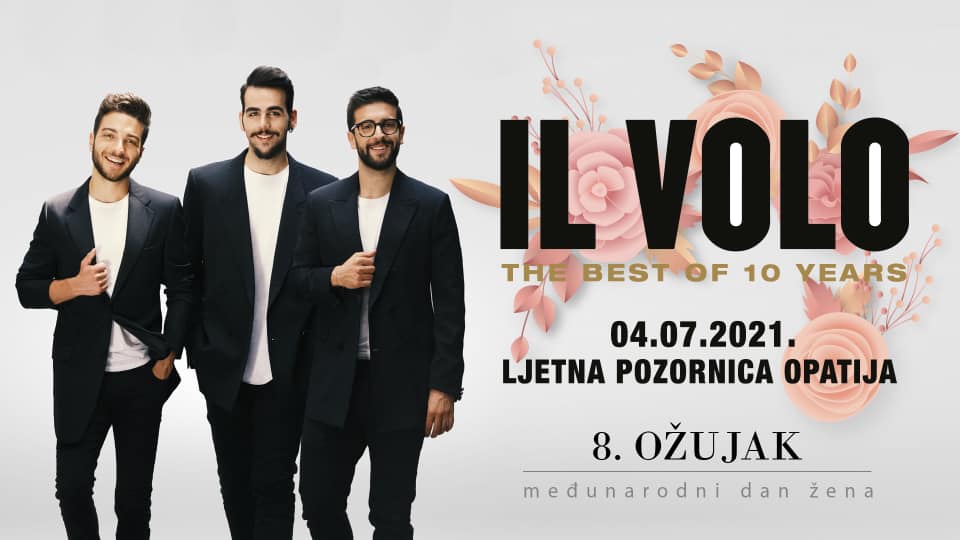 ZAGREB, 19 May 2021 – Italian pop-opera trio Il Volo will perform in the Croatian town of Opatija on the summer stage in July.

Baritone Gianluca Ginoble and two tenors Piero Barone and Ignazio Boschetto will perform in Opatija on 4 July 2021 as part of their The Best of 10 Years world tour.

Having won the Sanremo Music Festival, the trio represented Italy in the 2015 Eurovision Song Contest where they came third. Their first album Il Volo made the Billboard 200 top 10 and topped the Classical Albums chart in 2010.

The album also entered the top ten in other countries, including Belgium, France, Germany, New Zealand and the Netherlands. The album earned them two Latin Grammy Award nominations.

They have gone on to release a further five studio albums where they have collaborated with the likes of Placido Domingo and Eros Ramazzotti.

Back in November, Il Volo released their compilation album, Il Volo: The Best of 10 Years, to celebrate their tenth anniversary of their career. The Opatija concert was scheduled to take place in 2020 as part of their world tour but was postponed because of the pandemic.

Tickets already purchased are valid for the new date but if the new date does not suit, ticket holders can request a refund for purchased tickets from Monday, June 1, 2020 to Wednesday, June 10, 2020. Tickets are returned at the point of sale where they were purchased. Customers who bought tickets online should contact [email protected]