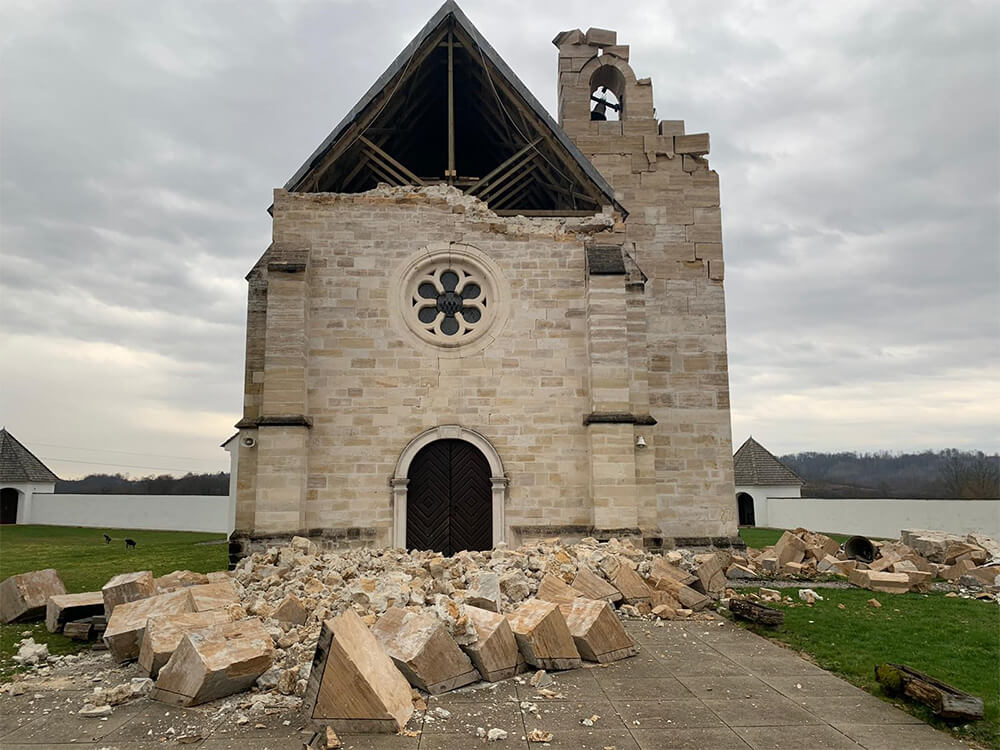 ZAGREB, 13 January (Hina) – Hungary will rebuild an earthquake-devastated primary school in Petrinja and a church in the nearby town of Žažina, the Hungarian secretary of state for religious and ethnic relations said on Wednesday.

During a visit to Petrinja last week, Hungarian Foreign Minister Peter Szijjarto announced that Hungary would rebuild a school and a church and that more details would be known during a visit by the secretary of state. He made the announcement during the delivery of the first two of 56 container homes donated by the Hungarian energy company MOL.

Secretary of state Miklos Soltesz said on Wednesday that the remaining containers would be delivered by 20 January.

He said that Hungary would rebuild Prva Osnovna Skola primary school in Petrinja, which is attended by 450 pupils. He added that it was up to local authorities to decide whether it would be built on the same site or elsewhere.

The Hungarian government will also rebuild the Church of SS Nicholas and Vitus in Žažina, in which the organ player was killed in the earthquake.

“We hope that the reconstruction of the school and the church will help ensure that people stay in this area,” Soltesz said.

He said that after living together for centuries and very good relations between the two countries, it was natural for Hungary to help Croatia.

Soltesz said that the Hungarian religious community, the Croatian community in Hungary and Hungarian athletes were also helping earthquake victims. He said that Hungary would organise accommodation for 200 children on the shore of Lake Velence during summer holidays this year.