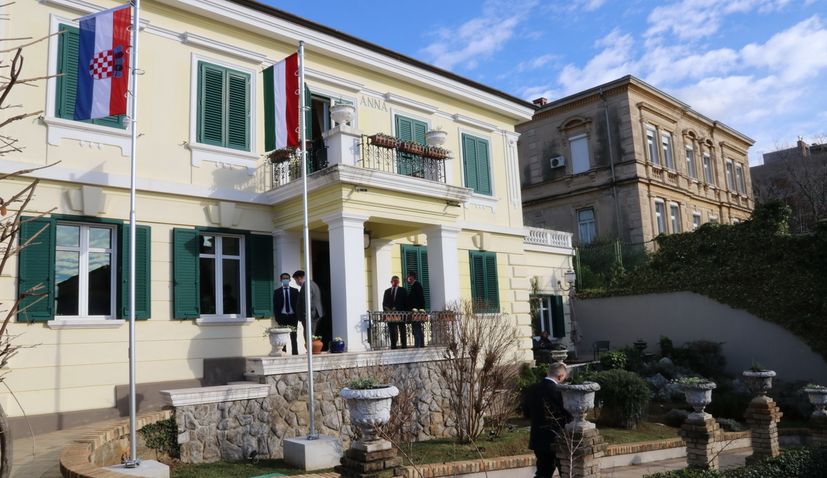 ZAGREB, 8 January (Hina) – The Hungary House, housing the office of the Hungarian honorary consul to Croatia, was formally opened in the Pecine district of the northern Adriatic city of Rijeka on Friday in the presence of Hungarian Foreign Minister Peter Szijjarto.

Zoran Vukic said he was honoured to have been appointed Hungary’s honorary consul to Primorje-Gorski Kotar, Istria and Lika-Senj counties, and that he would be working on strengthening the ties between the two countries.

Szijjarto spoke of the centuries-old common history of the two countries.

Croatia and Hungary have many common interests and areas for further cooperation. Croatia is among the most popular destinations for Hungarian tourists, and the two countries also share economic interests, primarily those concerning the port of Rijeka and the recently launched LNG terminal at Omisalj on the northern Adriatic island of Krk, the Hungarian foreign minister said.

Robert Jankovics, who represents the Hungarian minority in the Croatian Parliament, said that about 500 ethnic Hungarians live in the Rijeka area.