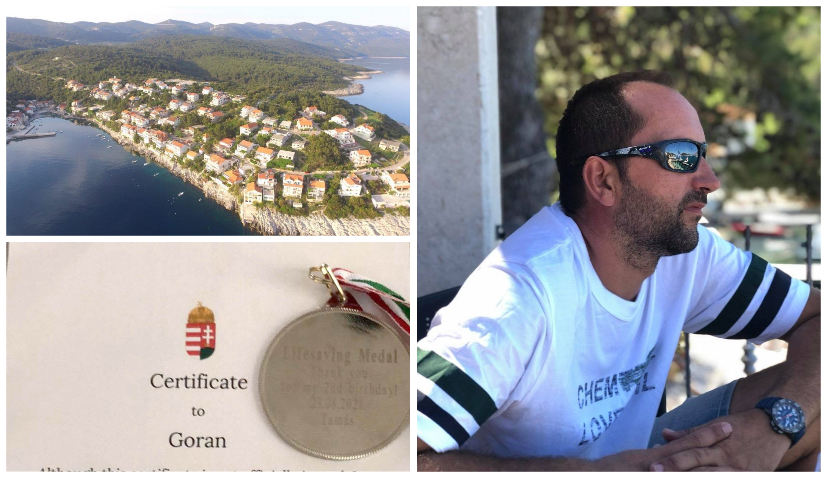 A man who saved a Hungarian tourist from certain death this summer on the Croatian island of Korčula has received a surprise in the post on Monday on World Tourism Day.

Goran Laus from Zavalatica on Korčula received a letter and a medal in the post yesterday from Hungary from the man who’s life he helped save last month. On the medal were the words engraved: ‘Lifesaving medal – Thank you for my second birthday 23.08.2021.’

“That day, Goran heard a woman crying for help on the shore as her husband started to drown. Without thinking, Goran jumped into the sea in his clothes, swam to the person, who was drowning and whose leg was tangled in the anchor rope and who just seconds from being trapped under water,” Goran’s sister-in-law, Julije Urban, explained to Morski.hr, before adding.

“With all his efforts he tried to get him on the shore and with the help of other people broughy him to the end and pulled him up to the demanding and rocky shore and started the resuscitation procedure until the ambulance took him for further medical treatment. He was transported by helicopter to the hospital and thankfully recovered.” 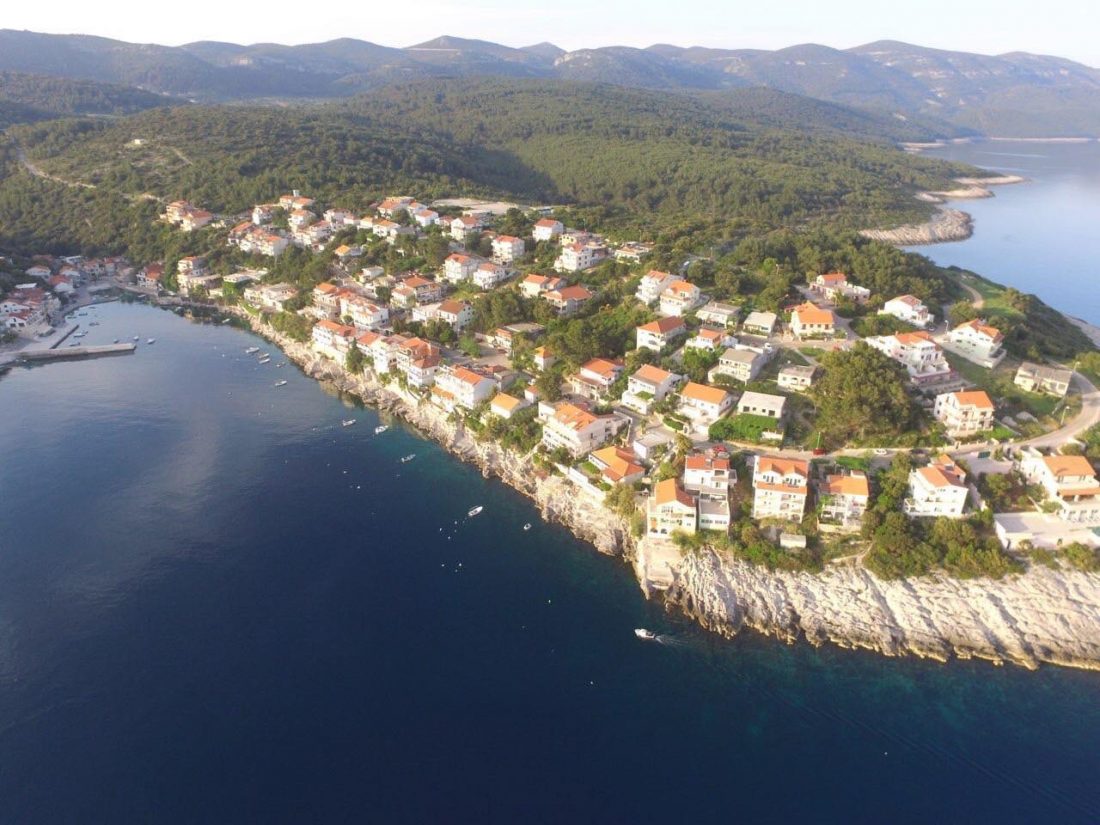 Everything could easily have ended in tragedy for the family if it was not for Goran’s heroic actions.

“He made a selfless and heroic act in which, fortunately, one family will not remember their vacation and Croatia as a great tragedy. Goran doesn’t like to brag about this, but I think he really deserves this story to be heard further,” Julije added about her modest brother-in-law.

Morski.hr contacted Goran and realised Julije was right about him being modest. 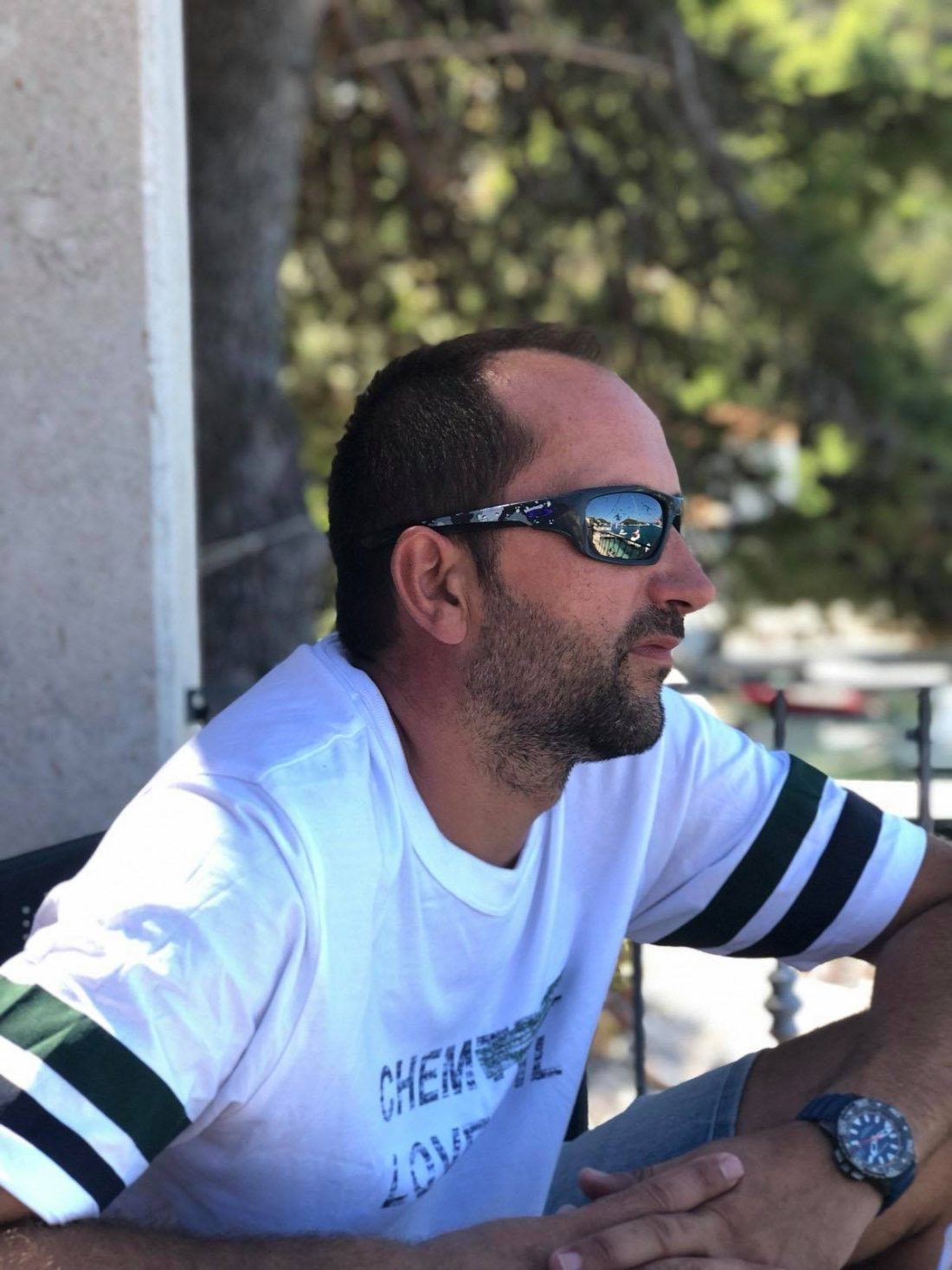 “I did what everyone would do in my place, now the most important thing is that everything is fine. I know these people, because they have been spending their summers there for 15 years. They were supposed to leave in two days, and that day he took out a small boat that was inflated and tied it up, so instead of an anchor he threw a weight of 5-6 kg and I guess they went to take it out. And as he was taking it out, I guess it was hard for him, so he let go, it wrapped around his leg and he fell into the sea,” Goran, who risked his own life, recalled.

“It started to drag him, panic ensued, he started swallowing the sea water.Then people started shouting and lucky that I was there, because otherwise I wouldn’t have seen him. There was a Czech tourist who called me and I see that something is wrong. I ran and looked, and that older man was already gone, all blue. I jumped, grabbed him and picked him up, and he pulled me down. He wasn’t breathing anymore, I was already completely exhausted, and to make matters worse, when I was pulling him towards the end, I felt like I was pulling a boat, not a man, so I shouted out for people to help me too. And then I just saw around his leg was the weight and rope, a few pounds heavy. As we dragged him towards the end, we gave him artificial respiration and helped as much as we could.” Goran, who helped the man fix his car last year, explained.

“Last year he told me how I saved him because he didn’t have to buy a new car. I told him ‘what have I save him’ and no see what destiny and coincidence is,” Goran concluded. 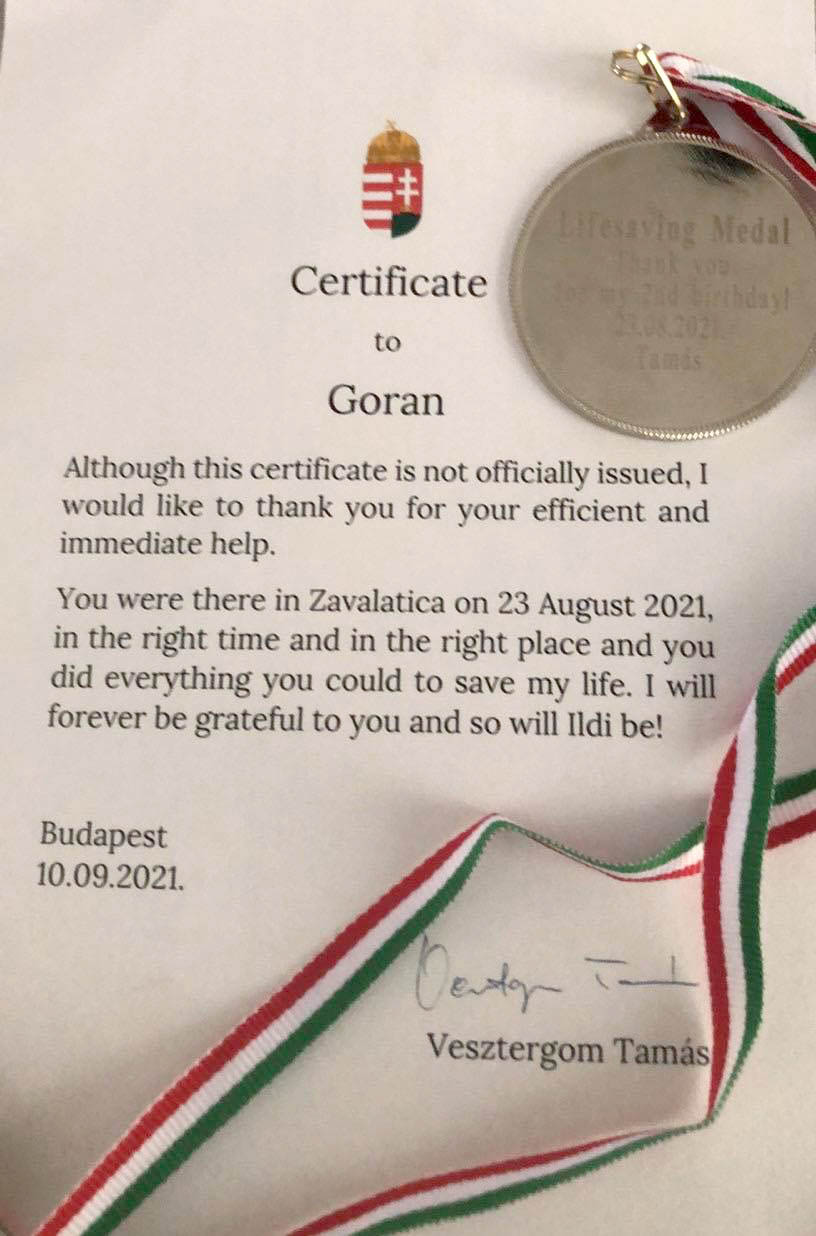