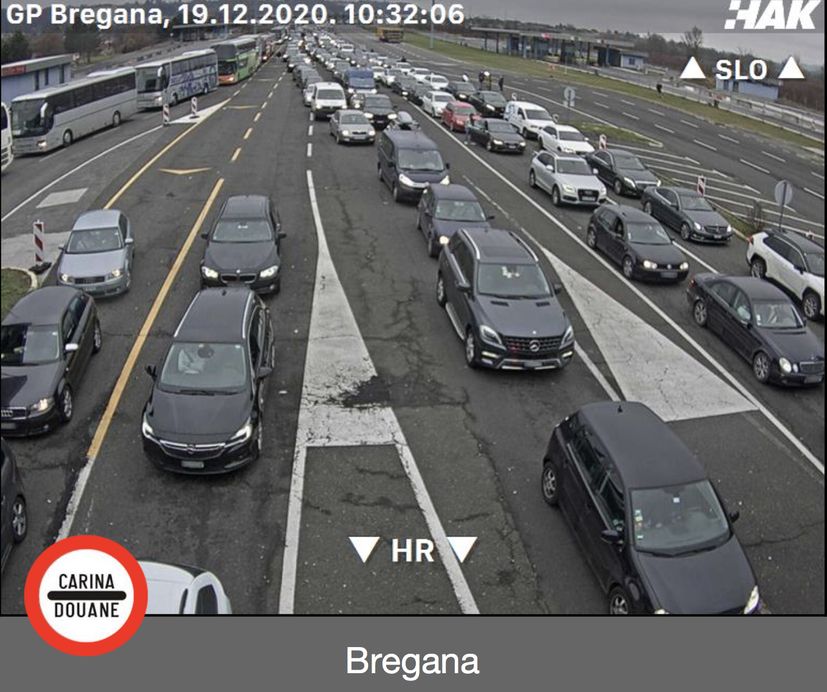 ZAGREB, Dec 19 (Hina) – The Croatian automobile club (HAK) reported on Friday evening that there were two-hours delays at border crossings between Slovenia and Croatia, and long queues could be anticipated at the weekend before Christmas.

Police official Marija Buric told the RTL broadcaster last evening that for the sake of comparison, there were significantly fewer vehicles now as against the same period last year.

However, delays were caused by the stringent procedure to register and check every vehicle and passenger passing the border.

Slovenian Interior Minister Ales Hojs said this week that interconnecting information systems of the countries in the passport-free Schengen Area, which envisages additional checks on third countries’ citizens at the Schengen external borders would likely cause delays in traffic at the Slovenia-Croatia border.

Hojs said the current application of the new system of surveillance could cause delays at the Slovenia-Croatia border since Croatia has not yet been admitted to the Schengen Area.

The system of interoperability requires taking fingerprints and other procedures, which will undoubtedly hold back the traffic on the Croatian side of the border. There was a mention of a possibility of designating special lanes for passengers from third countries, but this would not be possible to implement everywhere on the ground, the Slovenian minister said.

A deadline for establishing interoperability is shifted to May 2022.

The chief police director Nikola Milna told the NOVA TV broadcaster that 800 police officers would be deployed at about 200 checkpoints after the introduction of inter-county travel ban, as one of the latest anti-COVID measures proposed by the  COVID-19 crisis management team.

Interior Minister Davor Bozinovic said earlier on Friday that new anti-COVID measures would be in force from 23 December to 8 January, including a ban on travelling outside one’s county of residence and passes would be reintroduced.