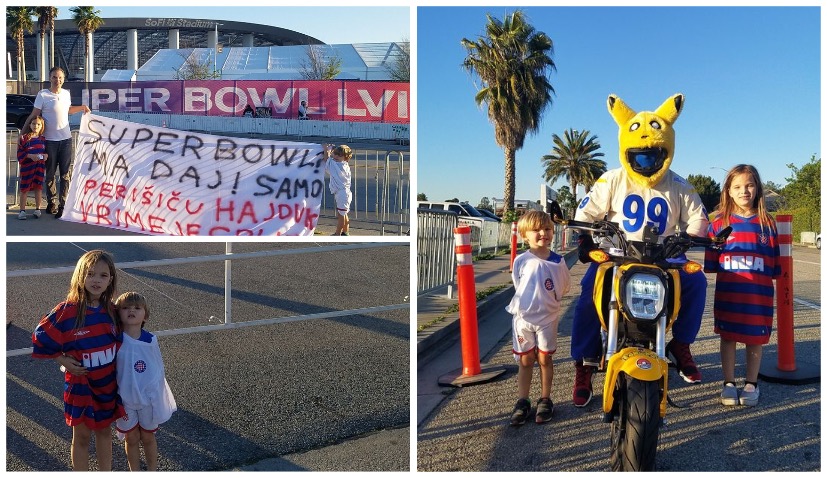 The 13th of February is an important day for fans of Croatian football club Hajduk Split. On this day, back in 1911, the club was officially registered.

Hajduk Split was founded by a group of students from Split in a pub in Prague. The students went to the pub after watching a match between AC Sparta and SK Slavia and decided it was time Split had a professional football club of its own.

Whist trying to decide on a name for the club, the students went to an old teacher Josip Barač for advice, and according to accounts, he told them to take the name “Hajduk” which symbolised “that which is best in our people: bravery, humanity, friendship, love of freedom, defiance to powers, and protection of the weak.”

Over the past 111 years, Hajduk Split has built up a cult following in Dalmatia but also around the world where Croatian communities live.

One of the club’s biggest fans abroad is Denis Svircic, an American-born Croatian from Los Angeles.

“My parents are from the island of Krapanj near Šibenik and although I was born in San Pedro, California, from a young age my heart beats for Hajduk Split,” Denis explains, before telling a story about the first time he watched his team play live. 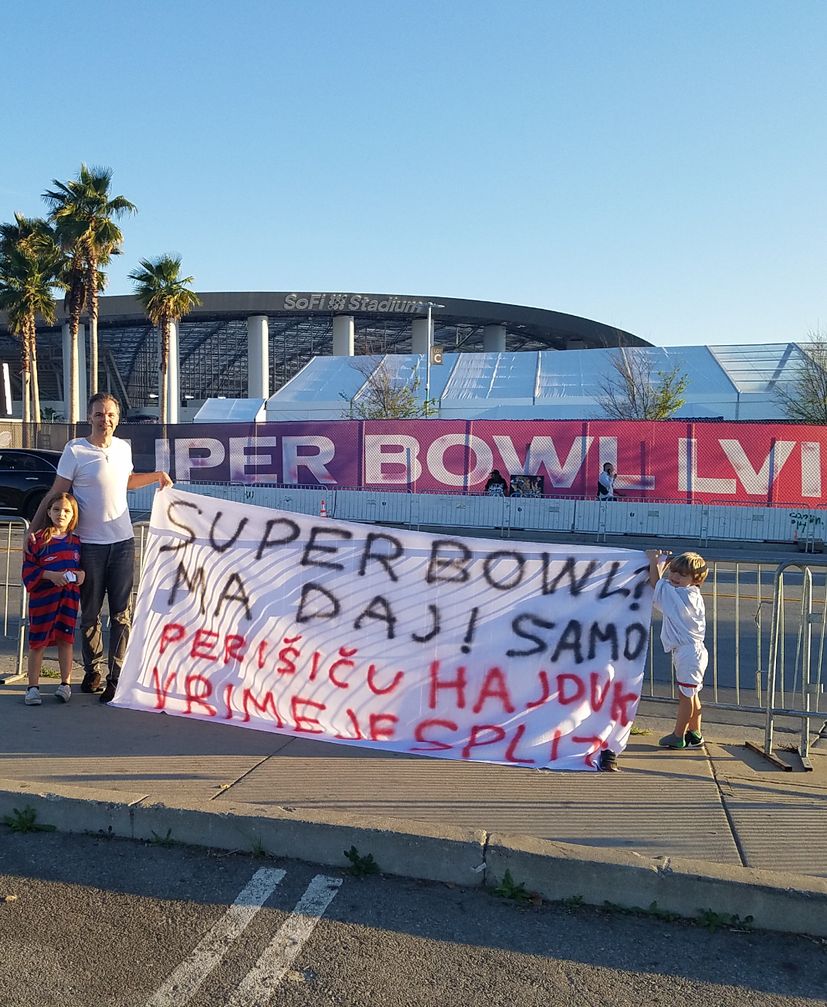 “I am the biggest Hajduk fan and I watch and follow everything that happens with the club but I will never forget when I first saw Hajduk play at Poljud stadium in the summer of 1989. Torcida (fans), the cheering, the atmosphere, it was something indescribable to me as an 8 year-old.

I don’t remember if we played against Crvena zvezda or Partizan, but when I think about it, my parents were crazy to bring me to such a game. After the game we had to quickly get out as stones started flying and I remember there were some fights. I couldn’t figure out what was going on,” Denis recalls.

Today, Denis is passing on the love for Hajduk to his two children, 6-year-old Daria and 3-year-old Oliver. 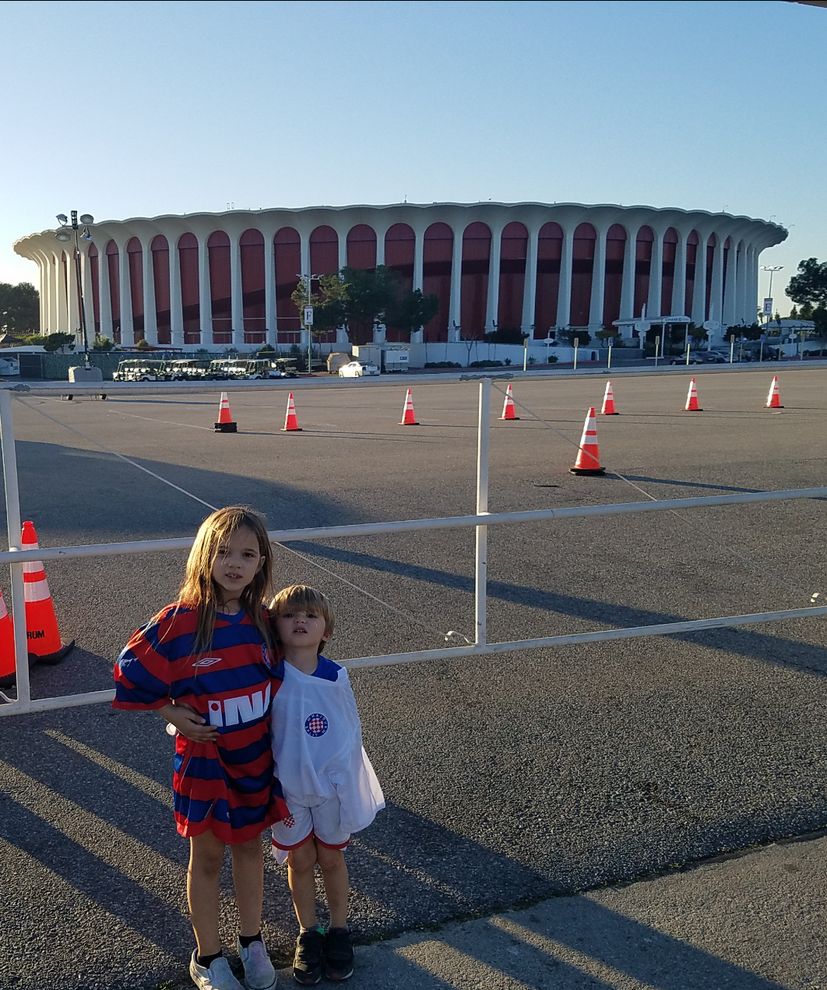 “I teach my children that the white color of Hajduk, is the best color in the world and no one can tell me that is not the case. I hope that one day the three of us will support Hajduk at Poljud stadium in Split together. Three years ago, Oliver become the youngest member of Hajduk Split football club.” 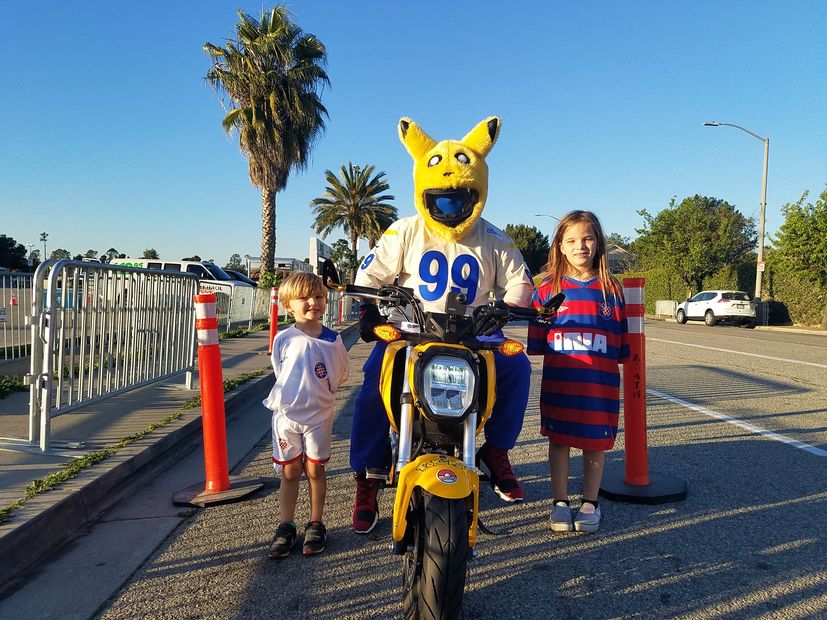 Oliver and Daria are already huge fans of the club (Photo: Private album)

After former Croatia International Nikola Kalinić returned home to Hajduk Split this week after a career abroad, there has been a campaign to get another of their club’s ‘sons’, back.

Inter winger and former Hajduk youth player Ivan Perišić is a player the fans want back as they push for the title.

For Hajduk’s 111th birthday, Denis and his kids made a banner with a message for Perišić and went straight to Inglewood, California in front of the SoFi Stadium, where the LA Rams will play against the Cincinnati Bengals in the Super Bowl on Sunday. 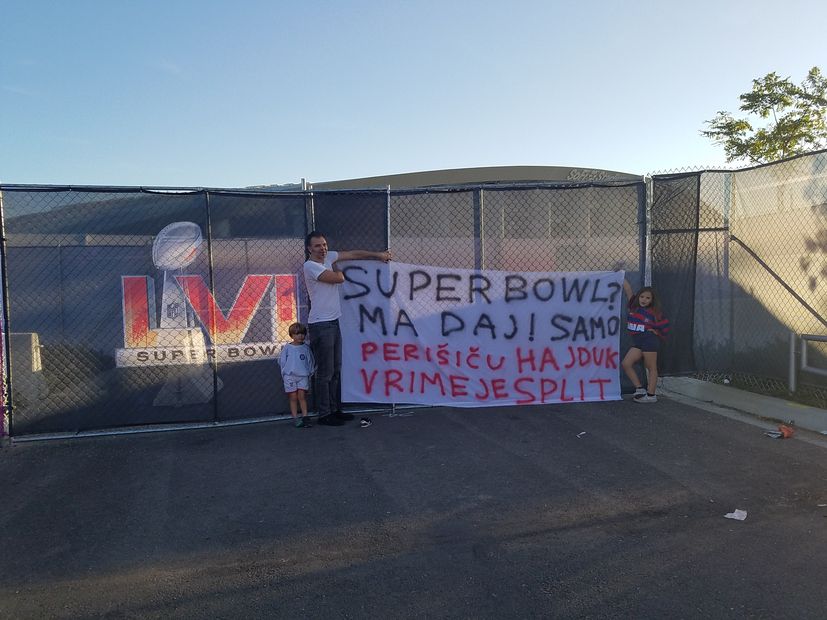 The banner with a message for Ivan Perišić to return to Hajduk (Photo: Private album)

‘If you are reading this Ivan Perisic, it is time!,” Denis concluded.