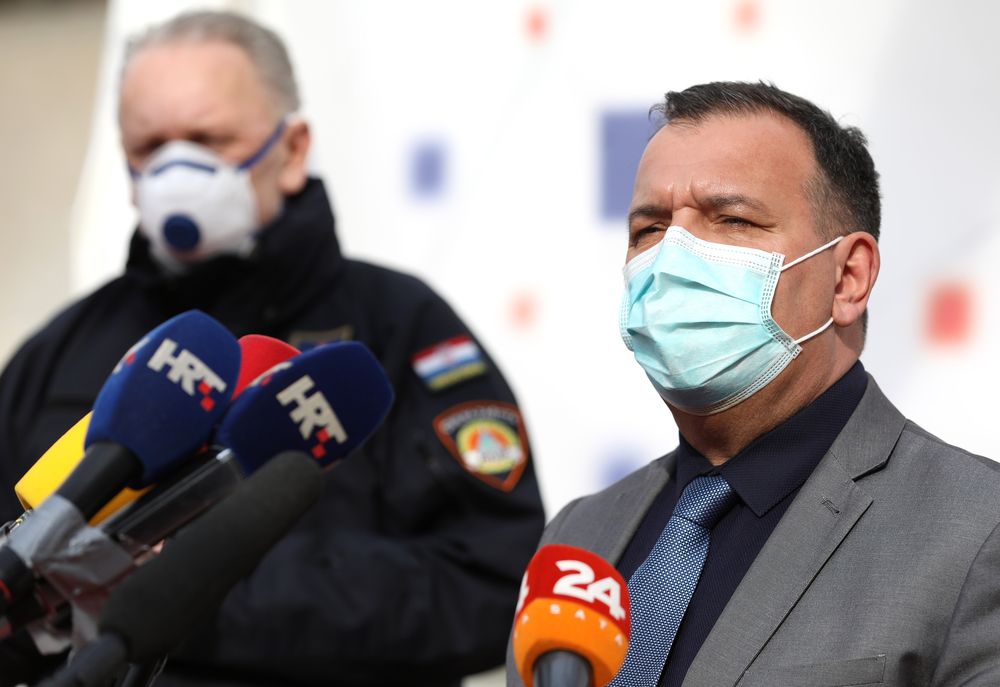 ZAGREB, March 26 (Hina) – Health Minister Vili Beros said at a government session on Thursday that Zagreb’s Dr Fran Mihaljevic Hospital for Infectious Diseases was becoming the centre for treating patients with severe cases of the coronavirus infection, including children.

“This is a decision on a special safety measure under which the Dr Fran Mihaljevic hospital becomes the centre for treating patients with severe cases of the COVID-19 infection, including children,” Beros said at a government session, giving information on the current state and activities taken concerning the coronavirus epidemic, which has been present in Croatia for 31 days.

He reiterated that in Croatia 3,958 people had been tested so far, and that 481 of them had tested positive for the coronavirus.

“The percentage of those who have tested positive is 12%. Out of that, 14 people are on ventilators. The upward growth curve is not too steep, it does not point to an exponential growth, but that can still happen to us,” Beros said showing the graph.

He said that the increase in the number of patients was as expected, but that it could be said that the healthcare system had adequately responded to the epidemic.

The minister underscored that the number of tests being done in Croatia was increasing with time since additional coronavirus testing sites had opened in other cities besides Zagreb.

He also commented on the newest data on the global level, which show that 471,794 cases of the infection have been confirmed, out of which 21,297 resulted in death, and he showed a graphical comparison of the number of cases in Croatia, Italy, Germany and France, per a population of 100,000.

“In comparison with those countries, Croatia has an extremely low number of infected persons,” the minister underscored.

As for the state and amount of protective equipment and fake news disturbing the public, Beros said that they were constantly working on procuring sufficient quantities of medical equipment.

“There is no room for panic, but there is room for responsibility,” he underscored.