ZAGREB, 24 October 2019 – The Croatian Football Federation (HNS) has issued a statement in reaction to leaks which emerged online of the alleged new Croatia kit.

Nike will release a new Croatia kit for the new competition cycle in spring next year. Last week, portal Footy Headlines, who are noted for having reliable insider information when it comes to new kits, “exclusively leaked the design of the new Nike EURO 2020 Croatia home jersey”. They followed that up with a design from concept creator Corinth. 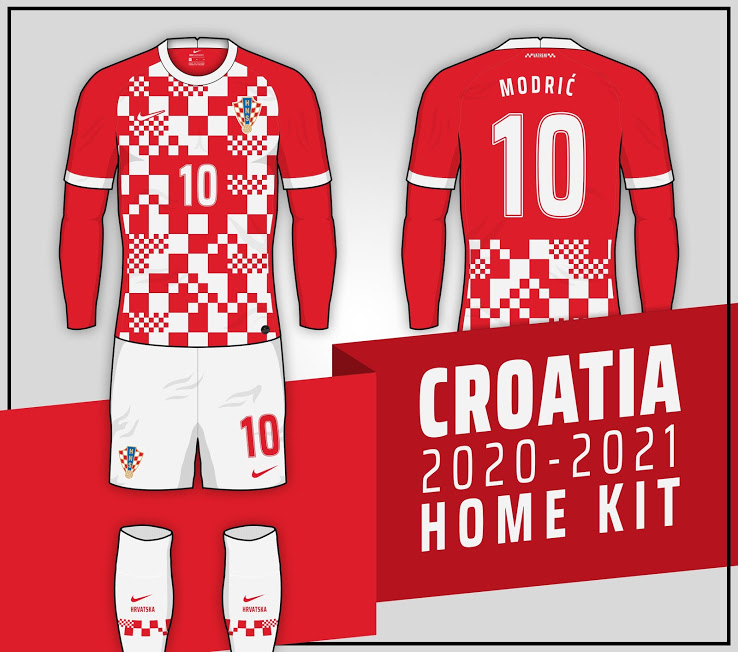 On Wednesday, HNS made a statement concerning the leaks.

The Croatian Football Federation informs fans and media representatives about the inaccuracies of the illustrations of the next Croatia kit that have appeared on social networks and certain websites.

The Croatian Football Federation and technical partner Nike will unveil a new kit for the next competition cycle, which begins with the upcoming European Championship in the spring of 2020. The illustrations of the jersey published on the websites and in some media are incorrect and do not represent the shirt that the Croatian national team will wear in 2020.

Fans will be able to see the new Croatian shirt and equipment for the European Championship at the official launch of the new kit, which HNS and Nike will have in spring next year. The Croatian Football Federation and the Vatreni are looking forward to presenting another edition of the Croatian kit in collaboration with Nike, and we are sure that the fans will accept the jersey with the same enthusiasm as the recognisable shirts worn by the Croatian national team at the World Cup in Russia.