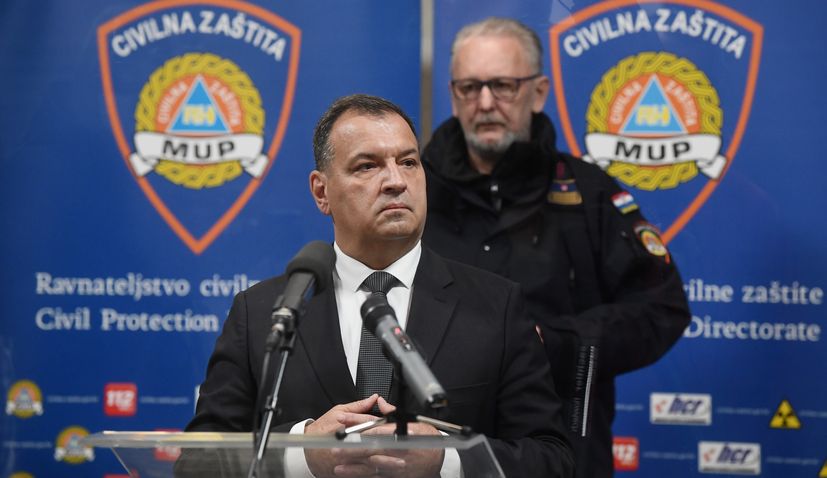 ZAGREB, Dec 13 (Hina) – Health Minister Vili Beros said on Saturday that he did not believe a strict lockdown would be imposed, noting that for the time being it was not very likely that a ban on travel between counties would be introduced even though such a possibility was being discussed.

He said that one should see to it to enable a certain level of economic activity while reducing everything that can be reduced.

“We are trying to balance the measures. Introducing a lockdown with the toughest possible restrictions would be the easiest thing. But it is not realistic such a method would yield results, the more so as we do not know how long it would last,” Beros said.

He noted that it was not very likely for the time being that a ban on travel between counties would be introduced around December 21, even though that possibility was being discussed.

Such a ban would be introduced if the epidemiological situation requires it, he said.

Asked if he felt responsible as data from the European Centre for Disease Prevention and Control show that Croatia has the largest number of active infections per 100,000 inhabitants in Europe, Beros said: “Of course I feel responsible. However, this is a multidimensional and very complex crisis and there are no unequivocal answers or solutions to your question.”

He noted that two weeks were not a sufficiently long period of time to indicate a trend and recalled that after a nation-wide lockdown in France, it took six weeks for the situation to stabilise, after which the number of new infections started rising again.

Beros believes that one should wait four to five weeks after the introduction of new restrictions to see their effect, on the condition people adhere to them.

He said that Croatia was procuring significant quantities of fast antigen tests and would increase such testing in areas with a large number of new infections.

Noting that the public health institute would launch a national campaign to promote vaccination against COVID-19, Beros warned that for vaccination to be effective, a large portion of the population should get vaccinated.

If less than 70% of the population is vaccinated, it will not guarantee that the spread of the disease will be significantly curbed, he said.

Over the past 24 hours, Croatia has registered 3,363 new cases of the coronavirus infection and 78 related deaths, the national COVID-19 crisis management team said on Sunday.

Today, 2,864 COVID patients are being treated in hospitals, including 295 who are on ventilators.

There are currently 59,388 people in self-isolation.